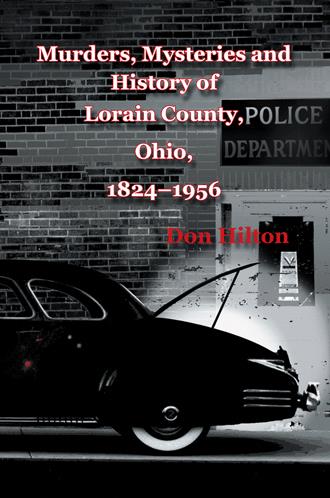 1942, August 18, Tuesday, 7:00pm:
Thirty-nine-year-old Nathan Spuriel is a good-looking fellow, but he's a bad actor. He's spent time in a Michigan prison for burglary and has been arrested in Cleveland on separate charges of narcotics, grand larceny, assault and battery, carrying concealed weapons, and shooting to kill. However, for the time being, he's out on appeal after serving just two days on a conviction for illicit sexual relations with adolescent girls.
That makes Spuriel laugh. Two days—that's what a good lawyer can do for you. He's due back in Cleveland courts this week on charges of running a prostitution ring, but Spuriel's certain that between his attorneys and a little trick he played earlier, he'll get out of that one, too.
In the meantime, he's running women's underwear. Sure, his friends make fun of him for bootlegging bras instead of booze, drugs, or guns, but there's plenty of black market money to be made, what with war-time shortages of silk, nylon, and elastic. Guys looking to impress their ladies are always willing to pay 'way more than what's reasonable for stockings and fancy frills. Plus, there's other business to attend to out here in the sticks, once he's done with his rounds in Elyria.
Spuriel's pleasantly tipsy, having had a few drinks with customers who thought buying him a round would encourage him to lower his prices. He swings his '41 Cadillac Coupe onto East Bridge. Taking the turn a little wide, there's a bang as he bumps front-left fenders with Mrs. Bill Struck, wife of the furniture store owner, who lives a short distance away, in the 200-block of Columbus Street.
It's a minor accident. Nothing, really. Spuriel tries to convince the woman to take cash for her troubles. Something this small, there's no use getting the cops involved… Aw… C'mon, lady….
Mrs. Struck sticks to her guns and insists on a police report. Cash payments and those sorts of under-the-table shenanigans might play in the big city of Cleveland or maybe over in Lorain, but not here in the County Seat. Everything here is always done up properly.
When Elyria cop Howard Taft receives the radio call about a minor accident on East Bridge, he's driving his fellow rookie, Donald Andress, home in a patrol car. They're only a few blocks away and arrive in no time. S.O.P. The two officers talk to a few witnesses, then interview both Mrs. Struck and Nathan Spuriel, who plays it cool but is unusually anxious to see the whole thing over and done with.
Andress and Taft dismiss Spuriel's nervousness as due to the obvious fact that he's been drinking. The cops decide to take the man down to the station where he can sober up a bit before going on his way. The trouble is that Spuriel's had a few too many to drive his own car... 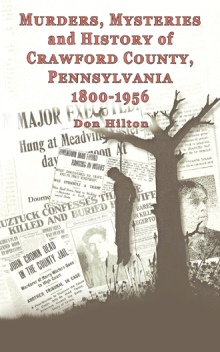 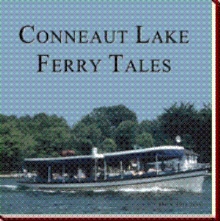 Murders, Mysteries and History is an entertaining, fast-paced, and unique mix of forgotten killings, investigations, and criminal trials culled from court records and mixed with the news of long ago.
Get the scoop on hundreds of real crimes and unsolved murders. Follow the clues to identify the unknown found washed up on Lake Erie shores. Work your way along sometimes-twisted paths to imprisonment or freedom. Victims, suspects, perpetrators. Judges, lawyers, witnesses, juries. Time spent in the big house, executions, and simply getting away with murder.
If you love true-crime or mysteries, or enjoy history, this book is for you! Never gory, but haunting, fascinating, and perhaps brutal—all at the same time.
Murders, Mysteries and History reminds us that the past is never perfect.

Don Hilton was raised as the second of three sons in a small town in northwest Pennsylvania by a family of unapologetic storytellers and was lucky enough to never quite know if the tales he heard were true.
:Easily bored, his life has been a broad mix of experiences; boat pilot, lab technician, sweetheart, husband, post-graduate research fellow, geologist, statistician, teacher, stand-up comedian, computer support analyst, father, martial arts instructor, freelance writer, and author.
:He's done lots of dumb things that should have killed him dead, struggled with the blues, and has been rewarded with some slight measure of wisdom and peace.
:The only constant has been his storytelling. After more than a half-century of practice he's developed some talent. He's still not near as good as the old folks he used to listen to, but he's getting there.