God Is an Elephant in Orthopedic Shoes

A Memoir in Four Part Harmony 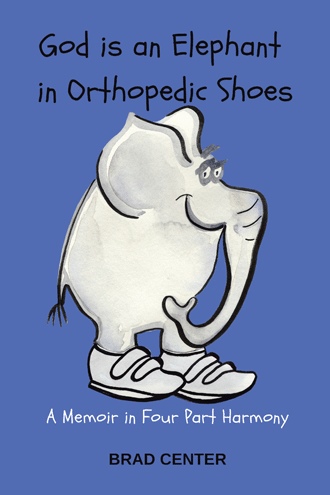 There are a thousand stories I could tell from my golf outings with my friends Jeff, Rich, and Mike, but the one that tops them all was a night in Scottsdale, Arizona, at a nice resort called the Boulders Resort and Spa. The night began with a recommendation from the concierge to visit a local bar not far from the hotel that he indicated had "hometown" flair.

We pulled up to the bar which seemed like a sprawling ranch that consisted of both an indoor and outdoor bar area and a real bull riding area. The four of us -- Jewish guys who grew up in northeast Philadelphia -- felt a touch out of place. Needless to say, we did not blend in well. I would estimate that 90% of the guys at the bar had a cowboy hat on. We, most certainly, did not have the required Stetson on our heads. You could say we were a fish out of water but a fish might have blended in better than we did.

We had a couple of beers, watched the bull riding, and tried not look anyone directly in the eye. Rich and Jeff kept asking me if I had their backs. I said sure, figuring I could handle one or two of these cowboys, but if things got really out of hand, we were toast. Burnt toast. I didn’t tell the guys that -- let them have their false sense of security. Fortunately, nothing bad happened and we got to watch some real bull riding. Now, I am no expert on bull riding but either these cowboys were not very good or there were some very tough bulls because not one of those cowboys lasted more than four or five seconds -- not one.

We drove back to the hotel. Mike Bratman was kind of tired and went to sleep while Richard, Jeff and I went to the lounge for a drink, or two, or three. We sat down and ordered a brandy at Jeff's request. Jeff knows his liquor well. In the lounge a guy was playing the keyboard and singing a few songs. I cannot recall his name but for the sake of this story we will call him Ringo. About five minutes after we sat down, he said he was finishing up for the night. We were incredulous. We had just sat down and ordered a drink. He wasn't Billy Joel or anything, but he was alright. We asked him to play on. Ringo looked at us and then over to the tip jar and then back to us. The meaning was blatantly clear, YOU WANT MUSIC, THEN FILL THE JAR BOYS. We were in one of those moods and so each of us pulled a $20 bill, put it in the jar and said, "Play on, my friend."

This went on for about 20 minutes or so and then he paused. Again, Ringo said he was calling quits for the night. Again, we protested. He looked at the jar again. We had just finished a couple of high caliber brandies, so we acquiesced. Ringo got another $20 from each us. He had just racked in $120. Not bad for a lounge singer.

At this point, we decided to make things more interesting and approached Ringo and asked, "What have you got that we can all sing?" In addition to the three of us in the lounge, there were perhaps four or five other people and they looked on expectantly. Ringo then coaxed Richard into singing "Copacabana" by Barry Manilow with Ringo accompanying him on keyboard. Why Ringo chose that song, I have no idea. Why Rich agreed to it, I have no idea. Rich can’t recall why he did it, he just did it. It was ridiculous. It was hilarious. It was an instant classic and Rich actually did OK.

At this point, Ringo knew he had us, so again he started his protestations. He said, "I really need to pack it in boys." So, we forked up another $20 and Ringo smiled. For those keeping score at home, that's now $180 Ringo had racked in in just over an hour.

At this point we invited the others at the bar up to join us at the keyboards. We did a few more songs from various artists; I seem to recall doing a few Elton John songs. Then, one of the other people in the bar who had joined us asked if we could do Kenny Roger's. "The Gambler." None of us liked the song but what the hell, we were game for anything at this point. The guy who requested it knew every word by heart and seemed to be loving it. We sang along as best we could. About 15 minutes later Ringo said it was time to call it a night -- really. We let Ringo go. Actually, we let him go with $180 of our money, but we all left the bar with smiles on our faces. It was a great night. 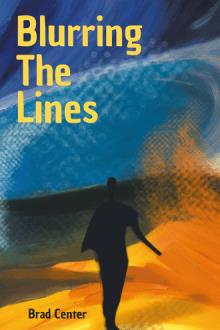 Care to take a ride? This book takes a tour through my life. From the halls of Congress to the Middle East and many points in between, these stories are the mile markers of my life. The fare is reasonable, the scenery interesting, and the conversation amusing. Hop in!

Brad Center lives in Northern Virginia with his wife Valerie and his two sons, Jeremy and Peter. They are protected by Maxie the Wonder Dog and kept on their toes by Zebulon the cat from an alien planet. Brad has worked in the federal government, on Capitol Hill, as a consultant, and as an elected official in Fairfax County. His only regret in life is the loss of his 1972 Dodge Charger.