Exploring a New Science of Reality 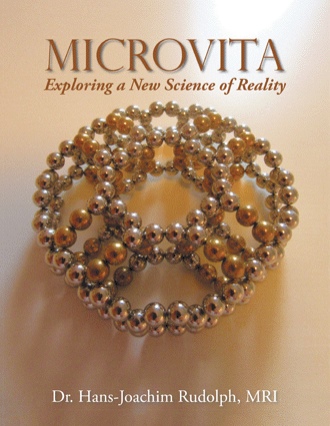 This book constitutes the fascinating work of Dr. Hans-Joachim Rudolph to portray the concept of Microvita in a physics framework that can be studied objectively. It offers a smooth integration of Microvita (units of consciousness) into a well-grounded scientific scenario, consistent with the equations of Newton, Maxwell, Einstein, and Schrödinger. It also provides a link between the worlds of perception and conception and implies that the distinct disciplines of physics, biology, psychology, and mathematics can be merged into one science of everything. So what has Dr. Rudolph done? To explain the mind-body problem, he has structured a universal grid, consisting of the cognitive and operative aspects of the supreme causal factor. Its lattice width is in the range of Planck length and can release 2x2 matrices of primary matter as well as complex 4x4 matrices, which contain the key qualities of elementary particles. Then, by means of a modified positive or negative creation operator, particles can be produced, which contain imaginary representations of the opposite qualities, thereby modeling the phenomenon of quantum entanglement - an approach that provides the basis of our universal interconnectedness. Let us now enter the arena of human propensities and self-realization, which is of prime concern to all of us: Dr. Rudolph postulates that neuronal assemblies are quantum objects, susceptible to a Quantum Zeno-like effect. Their electrical activities are transient and unstable, but can be stabilized by the production and annihilation of quasiparticles at defined frequencies (μ) and durations (t), which is, in turn, controlled by sets of synchronized Microvita. In this context, three levels of Microvita are to be distinguished: biological, psychological, and spiritual. Energization of the chakras in meditation can stimulate Microvita to cause biological regeneration and disease curing as well as to attain higher consciousness attributes. Then, ideating on and illuminating the mind with cosmic consciousness can attract spiritual Microvita to help rejuvenate the mind by dissolving its embedded psychic impressions, leading to self-realization. Thus it can be seen that Microvita have a distinctive role in guiding our life journey towards its cosmic abode. I greatly complement Dr. Rudolph for this book, which will hopefully invoke the interest of many independent minds to explore and discover the new science of Microvita.

Born 1950. Studies in Würzburg, Göttingen, Berlin and Munich 1970-1980. Doctorate at the Institute for Clinical Chemistry, Academic Hospital München-Schwabing 1978-1980. Resident in Internal Medicine 1980-1988 (Berlin, Bad Pyrmont). Internist and specialist in Rheumatology since 1988/1990. Assistant medical director 1989-1996, independent physician since 1997 (Berlin). Practising Yoga since 1972. Touring India since 1983. Commissioner for Indian Medicine and member of the Council for Natural Medicine at the Berlin Chamber of Physicians 1992-1997. Alumnus of the ‘Foreigner’s Training Programme’, Gujarat Ayurved University, 1993-1995. Founding member and chairman of ‘Microvita Research e.V.’ since 2007.