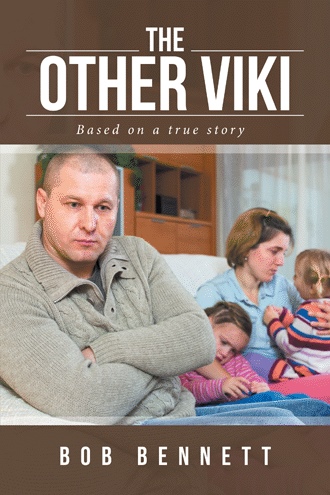 “The five of you must leave or else we all die.” An intriguing story of an identical twin separated at birth and reared by an uncle she learned to love and accept as her doting father until it all changed one day while sitting in a bus terminal. Also, a story of the struggles of one person’s desperate needs to escape the rigors and harassments inflicted by the country’s secret service agents. “Well it looks like I’m never going to get promoted in this country. The word is out that I’m the son of a priest and it’s beginning to look as though nobody is going to accept me at a higher level. The director said he will never approve me regardless of how good my records have been. This kind of treatment I don’t want to see being passed on to my daughters. They should be free of this kind of harassment just because they are the granddaughters of a priest. We don’t need it. Surely, there are other nations in this world where we can live with the freedoms to go and come as we please and not be continually followed and interrogated by the secret service.” “The American Embassy,” Viki shouted into the phone, “I thought we had agreed we did not want to go to America! I find it difficult to believe you would go and do that after the way we have talked against living in America!” Again, she couldn’t stop that doubtful thinking; why did I come to this God forsaken country? Why did I leave the country I loved?

An intriguing story of an identical twin separated at birth and reared by an uncle she learned to love and accept as her doting father until it all changed one day while sitting in a bus terminal. Also, a story of the struggles of one person’s desperate needs to escape the rigors and harassments inflicted by the country’s secret service agents.

Bob Bennett was born in the coal mining village of Junior, West Virginia, on March 29, 1924. His father, being a coal miner, moved from coal town to coal town seeking steady work until finally settling in Bobtown, Pennsylvania, in the spring of 1928. Bob completed his elementary and high school education, graduating in 1942 from Point Marion High School and thereafter working for several months in the Shannopin Coal Company coal mine. In early 1943, Bob enlisted in the United States Navy and served three years as a navy bugler, both in the United States and during two tours of duty in the European Theater of World War II. In June 1945, Bob married Mabel Hensley of Morgantown, West Virginia. A year later, the couple became proud parents of their son, Thomas. After his discharge from the navy in December 1945, Bob immediately enrolled in West Virginia University, from which he graduated in 1948 with a degree in business administration. He accepted a position with the Chesapeake and Potomac Telephone Company of West Virginia and worked for the Bell Telephone System for almost thirty-seven years. In August 1952, Bob and Mabel became parents of their daughter, Joan Renee. In 1978, the company transferred Bob to Tehran, Iran, to work for American Bell International in its contract to assist the Iranian telephone utility to expand its telephone system. However, because of the unrest in the country and the exile of Shah Pahlavi, Bob and his fellow expatriates returned to the States. He resumed work with the telephone company in Silver Spring, Maryland, and in Denver, Colorado, until his retirement in 1985. A year later, Bob and Mabel moved to Sun City West, Arizona. In 2008, the love of his life passed away. In 2010, Bob met the loving and caring Marion Rivera. The two began an endearing relationship that grows stronger each day.