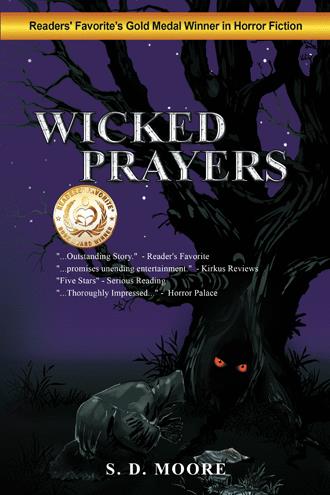 Javier tries to hold on to the beautiful memories of Shayla, but his mind is racing at top speed. Each thought is burned away by a dark fire in his very soul. Sounds of Urrr-urr-Aiieerrrr! Urr-urr-Aiiieeerrr burst from the throat of Javier as his torso begins to shake and twist into arches of hideous lumps. “Oh my God! Charlie! Charlie!” Kendra screams in terror and disbelief. Javier manages to utter a gruff “Kihilll meeee. Kendra’s screams block his whispers for mercy. She scrambles to escape through the unopened side of the ambulance, but there is no escape…nowhere to hide. Javier’s bones shift, shaping into some other thing. The rocking of the transformation shakes the gurney loose from its locks slamming it to the back of the ambulance. Charlie feels a thud at the back of the truck. He slams on the brakes! He radios into the station that the truck has been in an accident. Kendra tries to run to the rear of the truck, but the Javier creature knocks her into the wall after it rips its arms from the restraint straps. Kendra’s body lands hard against the front wall, forcing medical supplies to rain down from the shelves above her. The Javier creature stands at the rear of the truck, shifting from side to side as it mutates into a mass of horror before her. Kendra screams as she throws handfuls of medical gauze and ice packs at the monster. The Javier creature bursts into stuttering laughter “urr-urr-urr-urr” as several cold packs crush between his jagged teeth and spill over the claw of what used to be his right hand. Kendra desperately reaches for anything to throw at the monster to keep it at bay. 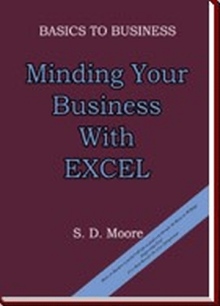 The award winning S.D. Moore returns with a scary, entertaining literary ride. Wicked Prayers is a fast paced, action packed horror story in which an unusual band of heroes desperately fight all manner of hellish incarnations to thwart Evil and his infectious hideous creatures. The book reads like a graphic novel without pictures, but plays like an action packed horror movie in your mind. In the action filled spirit of Underworld, 28 Days Later, and From Dusk ‘til Dawn - Wicked Prayers offers original creatures for a helluva scary fun thrill ride. May no more dark doors be opened tonight. Contains mystery, action, supernatural erotic scenes, violence, adult language, and a little faith.

Hailing from humble beginnings, award winning author S.D. Moore is the embodiment of the little engine that could. In spite of a physical injury incurred during military service that left the use of only one half of the brain’s communication sector, S.D. Moore masterfully creates literary works. S.D. Moore is also a retired Air Force member and a patented inventor. The author’s love of tinkering and science is the basis for the science fiction weapons and gadgets in the book. S.D. Moore holds two Masters degrees and is a dissertation away from a Doctorate’s degree.