Sold: To the Highest Bidder

Renee’s Poems with Wings Are Words in Flight 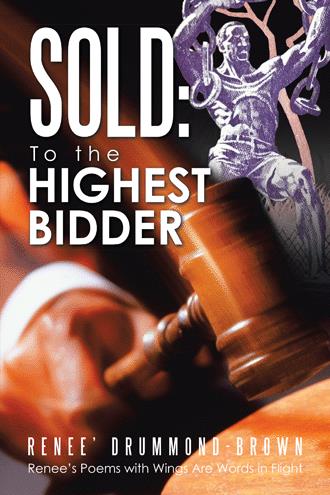 SOLD; TO THE HIGHEST BIDDER! By: Author Renee’ B. Drummond-Brown “And the Lord shall bring thee into Egypt again with ships, by the way whereof I spake unto thee, Thou shalt see it no more again: and there ye shall be sold unto your enemies for bondmen and bondwomen, and no man shall buy you” Deuteronomy 28:68 (KJV). Father, this life I did not choose! Cast into the big ship riding those waves Hmm, I thought, Noah rode this boat before ‘Cause’ I see ‘His’ Raven, and Dove Charting my course Gliding, praying and watching from above After all, the slave ships called LORD! Family’s left behind DYING INSIDE Wondering ‘bout’ me But my mind on ‘da’ birds which kept soaring high ‘Da’ more I prayed, ‘da’ more I cried ‘Da’ winds and rain obeyed His will He calmed my spirit And ‘Do’s birds; stood there still An unknown fate would have its very own way I’d land in the land of ‘da’ free But those brave birds DARE NOT touch ‘dis’ ground They circled around about me For there was NO olive leaf to be found So they glide mid air; heavenly bound! Standing on that auction block I wondered what I’d done Next thing I’d heard SOLD; TO THE HIGHEST BIDDER! Father where art thou, Your Spirit, or Your Son? Silence filled the air~~~~ As before, He never said a mumbling a word nor did those birds chirp I prayed He and ‘dem’ birds forever stayed And for the rest of my days I served ‘FREE’ with Noah’s birds as Massa’s slave! Dedicated to: Forgiveness 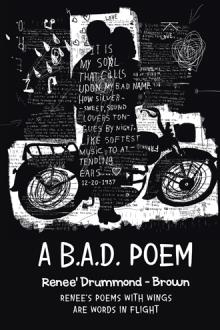 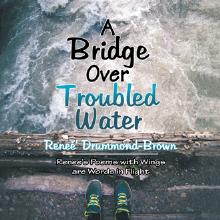 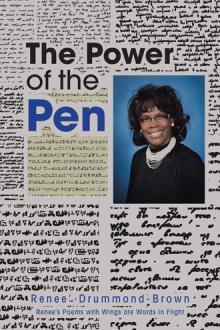 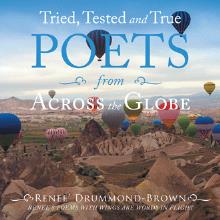 Tried, Tested and True Poets from Across the Globe
Renee' Drummond-Brown
$39.99

Renee’s Poems with Wings Are Words in Flight is a collection of poetic injustices that reflect periods in time relating to slavery, Civil Rights Movement and the 21st century. WE CANNOT FORGET TO REMEMBER OUR PAST, AND… WE CANNOT REMEMBER TO FORGET OUR PRESENT, AND… WE SHOULD NEVER FORGET, THAT WE WERE SOLD: TO THE HIGHEST BIDDER! RENEE’ B. DRUMMOND-BROWN

Renee’ B. Drummond-Brown was born in North Carolina (Marine brat) at the US Naval Hospital in Camp Lejeune to wonderful parents, Mr. and Mrs. Peter Charles Drummond of Pittsburgh, Pennsylvania. She refers to her parents as being the sole reason behind her strength but that God is the wind beneath her wings. Renee’ has traveled to Kenya, Africa, on a Missions trip and has lived across the states on various Military bases, including Kaneohe Bay, Hawaii. Renee’s siblings are Delbert Dwayne Drummond and the late pastor Shawn Charles Drummond. The Center for Urban Biblical Ministry (CUBM) will forever hold precious memories for Renee’. Renee’ was grateful to serve as class president for her alma mater, where she earned her degree in Christian ministry in December 2014. She has continued on a straight and narrow path, furthering her educational pursuit of excellence at Geneva College of Pennsylvania in Christian Ministry leadership, with a minor in biblical theology studies. She is married and refers to her spouse, Cardell Nino Brown Sr., as her soul mate and very best friend. The couple has three children: Cardell Jr., Renee’, and Raven Brown. While at CUBM, Renee’s writing career blossomed into Renee’s Poems with Wings are Words in Flight, a phrase that eloquently coins her work. She is an accomplished poet. The dominant themes of her writings are spiritually based. She has been led to write about blacks’ history, the civil rights movement, slavery, family, and the African American woman, who at times is taken for granted. Drummond-Brown has published her third book and several poems, one of which was written for the original Freedom Singer of the civil rights movement, the legendary Ms. Rutha Mae Harris, titled Ms. Rutha Mae Harris, and published by Judith Hampton-Thompson, her publisher, in the Metro Gazette Publishing Company, Inc., Albany, Georgia. Renee’s poetry has wings and has flown across God’s great seas. Although much of Renee’s time is spent at Geneva College, her love for creative writing is undoubtedly displayed through her very unique style of poetry. When asked by others about her writing style, Renee’ posits, “God’s Word in the Holy Bible, King James Version, inspires my writings, thereby making my poetry very different and unconventional.” Renee’ credits her writings to the following: God before all else; her English professor, Ms. Lydia Bright, for taking her writing up a notch from creative to an academic style of approach; Dr. John Stanko, for building her confidence and challenging her to want to write more; Ms. Rutha Mae Harris, for always encouraging her to continuously write; Dr. Todd Allen, for coaching her relating to public speaking about her writings; Barbara, her mom, and Terri Drummond for always being those extra eyes and ears when needed in the late-night hours; Mrs. Judith Hampton-Thompson, her publisher; the Metro Gazette, for believing in her work before all others; and finally her husband, who puts the final seal of approval on everything she writes. Inspired by Dr. Maya Angelou, Renee’ pledges this: “Still I write, I write, and I’ll write!”