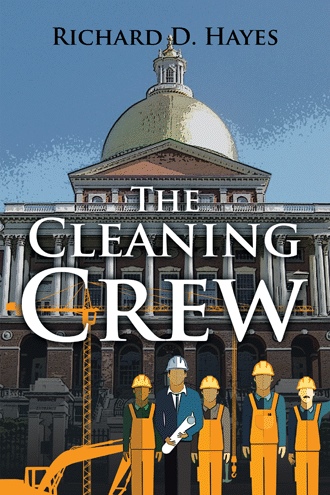 Matt and Jeremy are two successful businessmen in their sixties wondering what to do with the rest of their lives. They decide to do something grand and to recruit enough people like themselves, successful, rich, and experienced in life, to form a political group. The group would campaign against corruption and win both the legislature and the management positions in Massachusetts, from governor to district attorney, then accomplish nine specified goals, leaving the state in good shape four years later. Then each can retire having accomplished the fantastic goal of cleaning up and restoring the ship of state. Taking on an impossible task, much like Don Quixote taking on the windmills, the group comes together, calls itself the cleaning crew, and carries out an exciting, offbeat and eyebrow-raising campaign culminating in what will become known as the Century Vote. With humor and the absence of the political corruption and infighting of the self-interested political class, Matt, Jeremy and others gather ever-increasing numbers of disaffected voters even as political intrigue, government abuse of power, vote-changing, litigation, and even murder are thrown in their path.

Richard D. Hayes, born in 1939, was raised in Arlington, Massachusetts, attended school there until going to Boston College High School and then Boston College. Through the ROTC program at BC, Richard served in the army, went airborne, spent three years in Germany, then attended Suffolk University in Boston, earning his juris doctor in 1968. An editor of the Law School Law Review, he went to work in Detroit for the National Labor Relations Board and later moved from there to NLRB headquarters in Washington, DC. He married Maryanne O’Donnell in 1969, and they have four children and three grandchildren. Richard and Maryanne raised their family in Longmeadow, Massachusetts, where they moved in 1975 to practice labor and employment law in Springfield. He and Fred Sullivan formed their own firm in 1976, from which Richard retired in 2010. On retirement, he and his spouse moved to New Hampshire, where they now reside. Mr. Hayes received a number of Super Lawyer awards during his career, as well as earning listing on the Wall of Fame of the American Management Association. Mr. Hayes spent much of his career representing local government and schools in Massachusetts and Vermont, and frequently appeared before the Massachusetts Labor Board, the courts, and the Commission against Discrimination, representing management and administrators. As a small business owner himself and as a representative of both large and small employers, Mr. Hayes experienced the workings of Massachusetts courts, agencies, and politics in significant depth. This novel reflects his experience as well as his optimism for serious change.