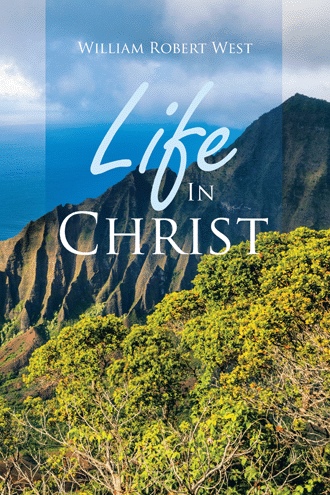 What Is Man? What is a man? Are all persons born with immortal souls in them, or do only the saved put on immortality at the resurrection? Is a person a three part being, an animal body with both a soul and a spirit that will live after the body is dead? This is one of the most important questions of all time. It has more influence on our conception of our nature, our view of life in this world, and our view of life after death than any other question. Soul in the Old Testament is translated from nehphesh, Strong’s Hebrew word #5315—“a breathing creature” A study of the way it is translated in the King James Version, and how other translations differ greatly from the King James reveals facts that are far different than the belief of most about what a soul is, and facts that many will find upsetting. Nehphesh is used in the Old Testament about 870 times and is translated soul only about 473 times in the King James Version, but in the New International Version (2010 updated version) only 72 out about 870 times it is used. Of the 870 times Nehphesh is in the Bible, in the New International Version: o Nehphesh is translated soul only 72 times. o Nehphesh is not translated soul 798 times. Of the 473 times nehphesh is translated “soul” in the King James Version, it was removed 401 times in the New International Version. Nehphesh is translated in the King James Version into about 40 words; one Hebrew word is translated (or mistranslated) into nouns, pronouns, verbs, adjectives, adverbs, etc. Of 870 times nehphesh is used in the Hebrew it was changed into many words by the translators of many versions changed as they chose to, and all choosing many times to translate it difference even in the same passage. By today’s meaning of “soul” and “life” they means two completely difference things; “soul” and “life” are not synonymous. In the King James Version Nehphesh is translated: 1. Soul about 473 times 2. Life about 122 times 3. Person about 26 times 4. Mind about 15 times 5. Heart about 15 times 6. Personal pronouns 44 plus times - yourselves, themselves, her, me, he, his, himself 7. All others, (verbs, adjectives, adverbs, etc.) about 200 times - man, creature, living being, fish, own, any, living thing, living creatures, lives, the dead, dead body, kills, slays, slay him, mortally, discontented, ghost, breath, will, appetite, hearty desire, desire, pleasure, lust, and deadly. Can any word have this many totally difference meaning; can one word be a noun, pronoun, verb, adjective, adverb, etc.? If it did could anyone know which one was being used; it is evidence that the translators of the many translations did not. In all 870 times that nehpheshs is used it is always associated with the activity of a living being, including dying, and it never implies anything about life after the death of the living being. In none of the 870 times, nehpheshs is not an immortal, immaterial, inter something in a person that has no substance; souls (nehpheshs) are the living beings (persons, animals, or any living thing) that can die, be killed, or is already dead; although it’s use is often hid from the English readers by the way it was translated or mistranslated. Soul (nehphesh) as it is used in the Bible. (1) Genesis 1:20 "The moving creature that has life" (nehpheshs-mortal beings, used referring to animals, Strong’s Hebrew word #5315—“a breathing creature”). Footnote in the King James Version–"The moving creature that has soul." American Standard Version–"Let the waters swarm with swarms of living creatures" (nehpheshs-mortal beings). If “soul” were an immortal "immaterial, invisible part of man" (W. E. Vine, Expository Dictionary Of Old And New Testament Words), why is this Hebrew word that is translated soul also translated "living creature" when it is speaking of animals in Genesis 1:21; 1:24; 2:19; 9:10; 9:12; 9:15; 9:16 when the same Hebrew word (nehphesh) is translated "living soul" in Genesis 2:7 when it is speaking of a person? According to those that believe there is an immortal soul in a person a “living Creature” and a “living soul” are two completely difference beings. If this Hebrew word (nehphesh) were an immaterial, immortal living something that is in a person, it would also be an immaterial, immortal living something that is in animals. (2) Genesis 1:21 "living creature" (nehpheshs-mortal beings, us

What do you believe about souls? There are many very different doctrines taught in the world today concerning souls that are believed to be in all humans. By most a soul is believed to be something that is wholly apart from the person a soul is in; that a soul is something that is that is believed to be complete in its self without the person; it will live after the person it is in is dead; it is believed that a soul will exist forever without the person; it will never be dead; therefore, a soul cannot be resurrected from the dead. It is believed that a soul must live someplace forever, and it will live either in Heaven or Hell even if there is no resurrection. The doctrine of unconditional immortality of a deathless soul being in a person, and that soul leaving that person at the death of the person makes it impossible for Christ to have give His life to save that soul from death; if a soul had immortality it would already have life and could never not have life; all Christ could do is give it a reward or punish it.

William is a devoted Christian for more than 60 years, who put God first in his life. He believes God word, The Bible is God's revelation to all people and it supplies us completely with all we need to live and worship as god wants us to. In this ork, he points our some of the many ways the beliefs of some have set aside God's word and are "Teaching as their doctrines the precepts of man." Matthew 15:9