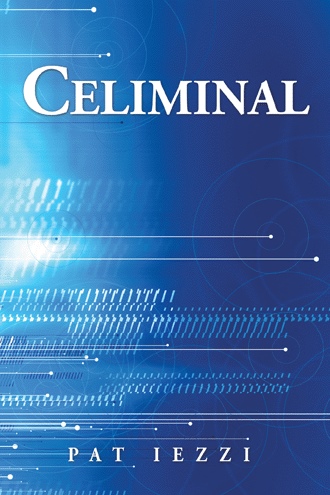 Danielle shrugged her shoulders and settled back in her chair. For the next hour, she related the incidents leading up to meeting with him and lastly why she believed the computer held something of significance. “I think a person I knew may have been murdered for this computer. And yes, this is my take on the matter.”

Rand, who had reclined in his chair during her story, straightened up and patted the desk. “Murder? So we shouldn’t take this lightly. Hmm … and you say this program is called STAR.” He cradled his face with his thumb and index finger. “There was a virus program called STAR a few years back. I don’t recall all the specifics, but I believe it was a spyware program. That’s it. Didn’t amount to anything.”

“I wouldn’t know the purpose of the program except to say there’s more than a general interest,” Danielle said.

“By a political consulting firm, I think.”

“That doesn’t seem to offer us much. Speculative, huh?”

Alex offered, “Danielle and I think that this political organization has a distinct reason to want this computer. And we want to know why.”

Rand tilted his head slightly and furrowed his brow. “I haven’t heard anything that offers any semblance of a computer virus. Let’s head to the lab.” He sprung out of his seat and picked up the computer.

Danielle pulled herself out of the chair, followed by Alex. Together, they stepped down the corridor to a room marked Private Lab. The lab was quiet, with only a few students: one with thick eyeglasses and another with a ponytail who seemed in control, lingering around a computer at a table a short distance away. They looked up and returned to their work, disinterested in the three of them.

Rand placed the computer on the counter and connected a monitor, keyboard, and mouse. Then he booted up the computer. As they waited, he unscrewed a side access panel and pinched the latches holding the panel in place. From a drawer underneath the counter, he snagged a small pen-sized flashlight. Then he focused on the hieroglyphics written on the various boards and internal written hints within the computer.

After Rand pressed the power button, the computer whirred and beeped a couple of times. Electricity flowed through its circuits as the computer stirred to life. The monitor displayed a number of responses as programs flashed across the screen with system checks.

Rubbing his hands together, Rand placed them on the computer keyboard. “Okay, girl, show me what you’ve got.” He punched in a few commands and said, “I’m checking out the system.” He proceeded to examine directories and program files, stopping now and then without saying a word before he checked the system profile, ram, hard drives, various peripheral cards, and protocols.

Rand turned and faced them. “Nothing unusual … but it’s odd that I couldn’t find any data. No letters, memos, e-mails, calendar, tasks, or notes. You know, it’s similar to driving into a ghost town; everything appears normal until you realize there are no people.

Maybe your friend cleaned the computer. He could have stored the data on a CD or on a thumb drive, but the data is missing,” he said with a perplexed look on his face.

He slowly tapped his index finger on the counter. “Wait a minute.” He again resorted to his penlight to survey the innards of the computer. “A-huh.”

“Do you see it?” Rand pointed to a metal object inside the computer.

Danielle and Alex peered into the computer and then turned and shook their heads in unison.

Rand patted the top of the computer cabinet. “This computer has three hard drives, but only the first and second ones are being accessed. The third is not. Then there’s a docking station, although the actual unit is missing. So …”

“What does that mean?” Danielle inquired.

“Well, what we’re seeing is what somebody wants us to see. It’s like viewing a screen that is a pure façade.”

“I’m lost.” Danielle tried to glean something from the monitor while Alex seemed unfazed by Rand’s discovery.

Rand swiveled around on his chair and addressed them. “In every theatrical performance, you have a main stage. And behind every presentation on center stage is a series of stagehands preparing the props and assisting the actors for the next scene. It’s like having two main stages, but one is hidden by a curtain. We’re only seeing one and not the other. The other program has not been queued to perform.”

“It’s equivalent to another dimension, but our eyes trick us into believing there is nothing else there. In Owen’s case, he must have hidden the data and special instructions behind the curtain. In other words, we are seeing a show, but not the real show.”

Alex scratched his head. “Where do we go from here?”

“Right. We need to find the key to unlock it. Owen must have placed a backdoor somewhere on the computer. It could be a combination of keystrokes or accessing computer programs in a certain manner.”

He stroked his chin with index finger and thumb again. “Surely, he left some type of key to access it. And we don’t know if it means something. But certainly he wants to hide something.”

Danielle ignored Alex’s comment and asked, “Do you think you can find it?”

Rand screwed up his face, deep in thought. “I’d like to try. And based upon what you’ve told me, apparently he wanted you to find it. That makes me think it’s possible.”

Danielle shook her head. “But Brooke and I tried earlier. And it seems to me you could find the answer.”

“Obviously,” he continued, “he must have said or written something for you to find, otherwise why would he lead you to the computer?”

Alex and Rand began exchanging ideas about the depths of computer security and hacking into computers and then the Internet and the ability to access a computer from great distances. Danielle, with her eyes glued to the computer, raised her eyes and faintly smiled. “Besides the set of books, he did kind of … mixed in with the books, oddly, was a book titled Nerds 2.01: A Brief History of the Internet. I shelved it with my books on computers back in New York.” She furrowed her brow, searching Rand’s eyes for some eureka expression, but he remained expressionless.

She knew, for her, the sands of time were running out.

Caught in the crosshairs of deception and murder, with a Virginia senatorial election at stake, the quest to unravel the embedded secret becomes a labyrinth that only Danielle Madison chooses to enter and gamble her life. Is she a player in this game of political roulette? The answer leads to one thought, one message, and one mind-altering program in this conspiracy. Are you in control of your actions? You’re about to find out!

Pat Iezzi, an attorney/CPA, practices tax and estate law and has lectured on these subjects. He is a graduate of St. Vincent College and Duquesne University School of Law. He worked in Pittsburgh and Washington D.C. for an international CPA firm. He lives in Pennsylvania with his wife, Suzanne, they have three children.