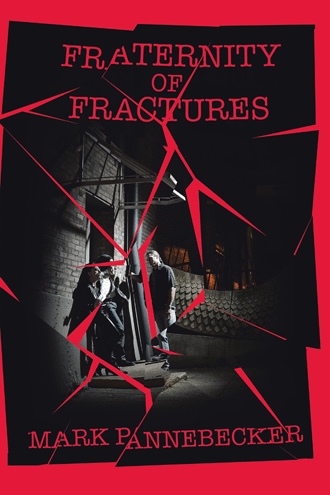 Phoenix walked into her loft and saw Justin sitting there reading a book. He put it down as soon as she walked in.

"What are you still doing up?" she asked.

"Well, when your body gets used to staying up 'til dawn, it's hard to break its rhythm."

That morning she told Justin about Dylan–omitting the sex in the apartment–the saxophone, running into their friends and then the party at Carl's, where she got into more details about her night.

"Apparently, he's some big coke dealer with connections in Columbia."

"Columbia? Are you saying he's connected to fucking Escobar?"

"Could just be a rumor to keep people out."

"He's a big fish in a little pond. He's got some kid, Tony, working for him mouthing off shit, how discerning can he be? I mean, he told us that David keeps his cash in the master bathroom for god's sake. What kind of a player leaks that kind of information to an underling?"

"A confidant and arrogant one? Someone who's testing this new underling?"

"Let's just check it out. We'll get high and pull some surveillance, gather Intel, get some proper burglary gear like night goggles and zip lines." She offered a coquettish look. "It'll be fun."

Justin grinned. "You're gonna be the death of me."

"I'd give my life for you," Phoenix said seriously.

She went to kitchen and came back with two large bottles of imported beer. When she returned she asked if Dylan could come along.

"Phoenix, we don't know anything about this guy."

"Just because you danced with him tonight doesn't mean anything. It could have been a setup."

"Oh, you're paranoid, Justin. Have I ever been wrong about following my instincts?"

"Well, no, you do have a sixth sense when it comes to that sort of thing."

"Then trust me on this one, will you?" Phoenix pulled a cigarette out of her silver cigarette case, tapped it twice and by the time she had it in her mouth, Justin had a light for her.

"I don't know, Phoenix, Dylan is good looking and all that," he said scratching his scar, an unconscious gesture that Phoenix observed. "But, we've done so well on our own. We don't need to make an organized ring of it all; we don't need to start recruiting people."

"We're not, honey." Phoenix sat next to Justin. "We're just bringing him along for the ride."

Justin tried to control his jealousy. Was he really worried about Dylan or was he just trying to keep him away from Phoenix?

"He can drive the getaway car."

"But I drive the getaway car," Justin joked.

"I think you'll like him, Justin, give him a chance. He's not as intelligent as you but he's not stupid. Tonight, when Stephanie was talking about how this country seemed to be turning increasingly to television and stupid sit-coms to laugh away their problems, Dylan said that the masses need an escape, and the powerful will always find room in their budget to fund distractions."

"Okay, so he has some insight."

"Then he pointed out the window and said 'squirrel' and everybody looked."

Justin laughed, and knew he'd have to adapt. After all, Justin thought, who was he to deny or try to jeopardize her happiness? So, Justin, against his better judgment and fighting his feelings of jealousy, agreed to Phoenix's request of bringing Dylan along to a dance.

Phoenix, pleased with Dylan and wanting to please Justin, picked up her saxophone and started playing. Standing by the window, Phoenix caressed the first notes. They came labored at first, but as she retrained her fingers, regained her embouchure, and relearned her breathing technique, her ability and talent returned. She had forgotten how much she enjoyed playing. Phoenix, wrapped in the white light of morning, felt reborn. As she played, she thought of Horatius Alastair.

Horatius had been the first gentleman Phoenix ever knew. A tall Scot with a balding head and a passion for chivalry. He saw Phoenix as a damsel in distress and did everything he could for the falling angel. He taught music at Juilliard and had offered her a place to stay when she was 15. They had met at a party one night that one of Horatius' students was throwing -- a graduation party that Phoenix crashed with a friend of hers. Professor Alastair and Phoenix had talked all night, and even though it wasn't Phoenix's style to offer any information that might show her destitution, Horatius picked up on her need and innocently offered her lodging at his apartment on the Upper-West Side. During her stay, he'd taught her how to play the saxophone. He never forced himself upon her nor demanded anything from her other than dedication.

"Phoenix," he said one morning when she came crawling in. "We had a lesson an hour ago."

"Don't blame it on Apollo. You didn't have to wait for the sun to come home."

"No, I've a class to teach. I'll see you later. If you want, the lesson is waiting for you over there."

He left, and Phoenix, fighting sleep, picked up the sax and played the lesson he left for her. She played it now for Horatius and also for Justin.

Listening to Phoenix, Justin wondered where–when–she had learned to play so well.

Phoenix and Justin Sunder are master cat burglars and best friends until Dylan Panicosky enters their circle of hedonism and crime. Set in the blighted city of St. Louis in the '80s, Fraternity of Fractures is a love triangle played out in an urban setting full of nocturnal decadence and danger, with all the players fractured in their own way.

Mark Pannebecker is an author of literary fiction and the founder of the St. Louis Indie Book Fair, an annual event created to foster authors of fiction and nonfiction. He started out as a filmmaker but soon fell in love with the creative writing process and began to shift his focus from producing and directing films to writing screenplays. He now writes in whichever genre holds the narrative best. He has written screenplays, stage plays, novels, novellas, and has recently published a collection of poetry titled Motorcycle Boy Lives (BookLocker, 2015) and a collection of short stories titled Godsfood (BookLocker, 2015). His first novel Fraternity of Fractures (AuthorHouse, 2016) was originally a screenplay. Just over a decade ago, Mark Pannebecker started falling asleep when he lost his desire to write. Thinking it was just a nap, a writer’s block, he closed his eyes. But attempts to awaken and force himself out of his writer’s block failed. Months rolled into years where Mark wrote nothing yet still called himself a writer. The years languished over him as he slowly lost his dharma. And so, he slept, without a life purpose, following the dreams of others. Until a seemingly insignificant event occurred that awoke him. After all the yoga and Kirtans and meditation and breath-work and Chi Gong and getting in touch with his feminine and chanting and searching the metaphysical for answers and the soul-searching and the soul expansion and the embrace of the Goddesses, the Buddha, the Hindu gods—he awoke again to his raison d'être. Mark is now in the process of preparing and writing new work, alive and fresh from a long slumber. The book he’s most excited about publishing is “A Fool’s Journey,” a 21-part series of novelettes inspired by The Fool and his journey through the Major Arcana of the Tarot. Each of the twenty-one parts will be launched as eBook only. Please reach out to him at contact@markpannebecker.com and visit his website: markpannebecker.com.