Beyond the Black Gates

THE THREE FRIENDS OF ELTAS: BOOK 1 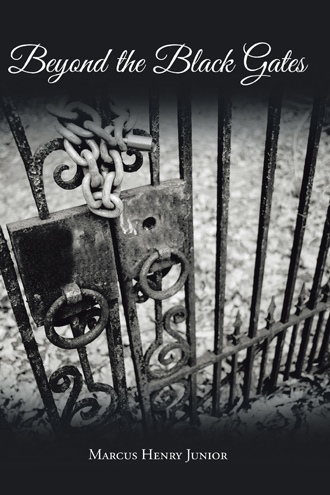 Back on the ground, shying away from the challenging roar of the flames, a little sense of self began to reawaken, there was some danger around him, but he was vaguely aware of it, and yet he would remember it all his life. He went searching through the recess of his mind, trying to find the light switch so he could get his bearings. He decided to head for where the light was brightest and found a small layer of skin in his way, ‘ah, my eyes’ he thought to himself and now he knew exactly where he was, slowly the sense of control tingled down this arms and legs and his chest heaved a sigh of relief and contentment. But, he couldn’t open his eyes, he couldn’t move; he screamed and lashed out his arms, to which his command was not heard. He lay frustrated, trapped in his own consciousness; then suddenly Richard woke with a start, the blast had knocked him clean off his feet but he had just enough time to cover his skull with his large hands and in doing so, the impact on his head wasn’t great. But it had come at a cost, his hand had taken a beating to secure his brain, it was bloodied and no doubt fractured if not broken. His hand throbbed as he turned his head to look around; the place was seething, alarms had gone off, people were shouting and screaming, yet he could see no one. He had sharp grazes on his elbows where he had landed and he winced as they stung him and cried for his attention. The air had been knocked clean out of him and his barreled chest was rising and falling like the wind trying to circulate his huge frame. His shirt was ripped and he had a score going across his chest, he turned to see a mass of concrete which he assumed had flown out to hit him, he choked as he tried to rise, the dense black cloud was over him and was falling, fast.

Dear Reader, I must make this quick, within the pages of this book lies a dark mystery, an important one that I couldn’t bear to tell but I do at the request of my dearest friend, who left me the task to retell and retrace the complicated and darkening footsteps of the three friends of Eltas. As children, it was just an unhealthy obsession; as teenagers, they find the truth. As adults they must follow their destined path and go where none of have gone in living memory. Come with me and discover what lies beyond the Black Gates.

It wasn’t long after high school that Marcus found himself lost in the world, in a family of scientists and the pressure of the success of his many older siblings he felt he would never be recognized for his work and efforts. He expected a lot from himself, to leave his mark on this world. It wasn’t until he met Richard, Charles and Oskan did he stop and really consider what he wanted for himself. And that’s when he decided to document and re tell the lives of the three friends of Eltas, painting each and every character into his own world with the hopes of letting the real world know what it was like being in such a difficult, life changing situation.