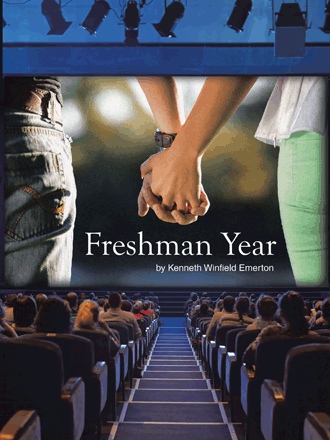 Carol Robinson was an outcast. She had been this way ever since she was a child. She had never been very interested in the same things as her classmates. She had always been more content being alone and writing than talking to other people, which had always worked for her. She had always figured, why bother with a lot of friends when you could easily be just as entertained by your own thoughts and creations. She had always enjoyed writing, as long as she could remember. It was one of the only true passions that she had in life. Her favorite part of writing was being able to create her own worlds and live in them, much like in dreams, as if they were the real one. Other children had always bullied her because of this, calling her names like “freak” or “weirdo”. She had always felt sorry for them, rather than feeling upset about the fact that she was being bullied. This was because they did not have the talent that she had and so, for the most part, lived in the 'real' world, with the exception of video games and TV shows. Carol had always been proud of being an outcast, but now, as she walked into Bucksport High School, she felt sick, knowing that high school kids were stereotypically worse than any other breed of person. And since her mother and her had just moved to this town so that her mother could begin a new job, she was worried that she may not make it through her first day alive. David Craven was also an outcast. His parents had died in a car accident when he was six year old and he had been in and out of foster homes ever since. He had been with his newest foster parent, Brenda, almost a year, and had finished his 8th grade year under her supervision. Brenda was the nicest of any foster parents' he had ever had. Not only did she buy him gifts, she was in general, a good person. She had been very welcoming in bringing David not only into her home, but the town of Bucksport, where David had never been. He hadn’t made any friends because he had only talked to teachers. He enjoyed having intelligent conversations, and teachers were a lot better at that than most of his classmates. He always sat in the back of the classroom and barely passed his classes because he had his mind on other things like his future and what he would do after high school. When he wasn’t thinking about his future, he could always be found writing. He loved to write. He always had. In David's previous foster family, one of his foster brothers had taken a story he had written and torn it to shreds. David had beaten the boy until he had blood coming out of every corner of his face and a bruised rib cage. The family called the foster agency and had him out of their family as fast as they could. David was not a violent person, but the boy had taken the one thing that David had always had just to himself and ruined it. David later rewrote the story because he had thought it had been so well done. David thought about the incident as he walked into Bucksport High School and wondered how many times in the next four years he would need to fight for his life. This was where the bullies of all bullies roamed free. He hoped as he walked that he could make it through his first day without one mean name, one rude comment, his head in a toilet or one trip down the stairs. The first day of school was September third, a Thursday. David and Carol both spent the morning exploring the halls, trying to memorize the locations of different classrooms which were on their schedules. When the bell rang, they went to home room as instructed by the principal, Mrs. Jodi King, who had came on the various intercoms around the school. Unknowingly, David and Carol were both in the same homeroom. This was the homeroom of Mr. William Morrison. William Morrison was a thirty something year old English teacher who had been teaching at Bucksport High for ten years and he knew the school inside and out. He had originally planned on going to college for writing, but he had decided that he would continue writing no matter what career he had, so he had changed his major to secondary education with a concentration in English, which was also a career that had always interested him. After college, he had, like most graduates, taken a few minor teaching jobs, some which were even substitute positions. He had finally heard from his friend Robert that Bucksport High, the high school which they had both attended, had a new position open in the English department. William Morrison now stood, coffee in hand, in front of the homeroom full of brand new Freshmen, waiting for them to quiet down. He immediately noticed a young girl writing frantically in a notebook. She seemed to be very passionate with it. He watched her for a few minutes before realizing that the room had grown silent. He began speaking to the freshmen. “Hello, I am Mr. Morrison and I will be your homeroom teacher for the next four years,” William began. “If you have any questions any time within those four years, you are always welcome to ask me. I hope to be your good friend and I know that I will have some of you this semester, for I am a Freshmen English teacher.” All of the freshmen just looked at him. He could see they were tired and confused. “So, I will see some of you today in class.” William finished as he walked back to his desk, shaking his head as he walked.

“Freshman Year” is a socially satirical romantic comedy. When David and Carol begin their freshman year in high school, they immediately fall in love. At the same time, their English teacher, Mr. Morrison also falls in love. “Freshman Year” tells the tales of each romance as it unfolds, showing the ups and downs of each relationship and showing how both age and maturity dramatically change the outcome of each.

Kenneth Winfield Emerton has lived in Maine his entire life. He has been writing since second grade. His hometown is Blue Hill, but he moved to Bucksport at the age of eight. In 2007, he began his freshman year at Bucksport High School, which became a part of the inspiration for his first book, "Freshman Year."