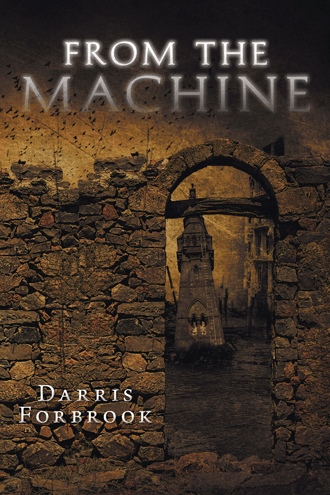 From Chapter Two: The Painted Pitter-patter. The heart tingles the ribcage. The spine trickles like sand. The night hums life buried in shades. Listen to the call, the grinding that slithers. It struggles against the debris, eyes piercing the gaping veil. Its skin is rooted with ingrained filth. The hiss burrows insects into the ear with screeching tongues that desiccate throats. It leaps, stirring residue as hurricanes. The crashing rebar clings to the echoes. It charges the captain, crazed and disturbed. Julian quickly rotates his stance, pulling the trigger. The tranquilizer punctures its left shoulder as it stumbles to the floor. Another darts out from behind them. The squad mate is savagely knocked down as his shot ricochets off the ceiling. The painted scurries out the room and into the hall. Kevin attempts to block the exit, but the painted jukes into another room. Julian closes in behind it. As he rounds the corner, he halts and leans over the large hole that drops down one level. The painted scampers out of the wreckage from below. He jumps in after it, with the other officers charging down the staircase to cut it off. Julian stumbles and rolls down the heaping pile of rubble to the first floor. He climbs to his feet and sprints down the hall with the flashlight of his weapon flailing in front of him. He can hear it gasping for air, struggling to keep ahead of the chase. Julian enters the back corridor where the outer wall has broken away, leading to a fifty-foot drop-off where the rear of the building rests. The captain hurdles over a large, downed pillar. A swift movement approaches him from his right while attempting to regain his footing, only to be harshly thrown into the air. The bruising tackle sends him scraping across the sandpaper floor. The tranquilizer cracks and tumbles over the edge, plummeting to the street below. A multitude of tiny pebbles roll and sputter off the overhang, spewing up into Julian's eyes and nasal cavity. He screams, from both the scratching sensation caught between his eyelids and the savage that has thrust itself upon him. Surprisingly, with almost no resistance, the painted pushes off and squeals back down the hall spouting nonsense. Julian's cheeks are drenched with tears of irritation as he wastes no time in trailing the beast. With no light and limited eye sight, he clumsily pushes forward. The squad's chatter can be heard in the distance. The painted has nowhere to run. Rush has no choice but to draw his pistol, being the only remaining weapon to defend himself. He corners the painted, forcing it into the next room as he crosses through the doorway, only to discover the horror that awaits him.

A worldwide pandemic has devastated human civilization and forced humankind to withdraw into the safety of deteriorating cities. The Company was then established, an organization dedicated to preserve government order and concoct a vaccine. Walls and towers have been erected to protect the citizens against the dangers that lurk among the wilds. The greatest threat, however, may reside within the walls themselves and among the inhabitants. From the Machine will follow ten different characters and their families as they deal with the hardships of this new world order. They all seek the truth-beauty amidst the darkness.

I hold an immense passion for the art of storytelling, mostly through the medium of film and, of course, novels. What I believe to be the most important aspect is not the story itself but the people that occupy them. The characters create the connection that draws a reader in and establishes investment. It is, after all, that human connection that has led to the world’s greatest accomplishments. I was born in the small town of Granite Falls, Minnesota, and my life was relatively uninteresting. I never participated in any major contribution to the lives of those around me. I was recently diagnosed with clinical depression, which turned my life upside down. One would think such an event might be the worst experience of my life, and it was. However, it was also the most important moment of my life. Without it, I would not have met the people who inspired me to finish this story and pursue my dreams of authorship. I pour my heart and soul into these stories, and if my works can inspire others, not only those suffering with similar illnesses, but those dealing with any hardship, then I believe I have fulfilled my purpose as a storyteller. Hopefully, this story can touch your life as it has mine.