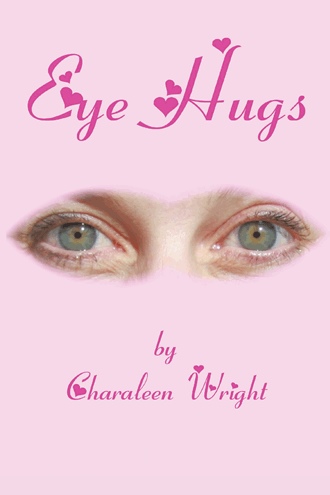 18 August 2008 – New Patient Office Visit Today my doctor saved my life. Perhaps I can save someone's life by simply writing this book. Due to my husband’s employment, we lived in different Texas cities but kept our home in the Texas hill country to return one day to the place we loved. For me, finding a new family doctor, dentist, and hair stylist is one of life’s stressful triggers for heart disease. With hubby’s insurance plan, I decided it was time to cowboy up and make an appointment for an annual lady’s examination. It was past time. I did my research and found Dr. Terry Grover, my new internist. His office was close to our home and he was taking new patients. Besides that, I dearly loved his name. I think of Sesame Street, Elmo, Big Bird and cookies whenever I need to make an appointment. During the exam and knowing that I hadn't had mine in over 10 years, Dr. Grover scheduled a mammogram for me. He was adamant that I get this procedure even though he knew how much I loathed and dreaded the whole experience. I absolutely hated mammograms, so each year I conveniently and cleverly put off having them. This time my doctor put the guilt trip on me and emphasized how important a mammogram is; how much time had gone by since my last one; blah, blah, blah. During a momentary lapse of my mulishness, I agreed to this God-awful procedure. 28 August 2008 – Mammogram You know the drill. It's like, 'OK, take off your top, put on this gown which opens in the front. Now we're going to let this fully-loaded, semi-tractor trailer truck run over your breast...and then back it up. ‘Allrighty, now! Let's do the other one! ' So I reluctantly kept my appointment and had the….as I like to call it… mash-o-gram. That’s when they saw ‘something’ in my right breast. I must have had my TT squished at least 15 times. They’re having way too much fun.

This is the story of Charaleen Wright who was diagnosed with breast cancer. Follow her as she faces her battle head-on and comes out on top. Her incredible journey is poignantly chronicled with humor and warmth. For those who don’t fully comprehend what a breast cancer patient must endure, this book will most certainly open your eyes.

I wouldn’t trade growing up in South Charleston, West Virginia, for anything in the world. During the fifties and sixties, we had the privilege of living in idyllic times in such a beautiful state. Those formative years made me the person I am today. I married my high school sweetheart, and then after he graduated from college, we moved to Texas with two babies in tow. Both were still in diapers and not yet weaned from their bottles. I had to grow up quickly because our family support system was back home in West Virginia. All eight of our grandparents were still living when we left for Texas in June 1969. You can never comprehend the meaning of homesick until you move away. Being a direct descendent of Daniel Boone, I have wanderlust in my blood. That’s a good attribute, because after living in Dallas, San Antonio, Boerne, Houston, Austin, and Fort Worth, we’re now back in the Texas Hill Country in a little city called Fair Oaks Ranch. While my husband was working his way up the corporate ladder, I was always trying to find my passion and simultaneously raising two very active and wonderful children. In all my endeavors, I was always supported and encouraged by these three amazing human beings. • My first job was working in a gage lab for FMC Corporation in South Charleston, West Virginia. This was the plant that made armored tanks and M113 flamethrowers during the Viet Nam War. • I was a bookkeeper/office manager for a Montessori school after we made the move to Dallas. I worked a half day while my children attended the Montessori preschool. • I was an editorial assistant for an applied mechanics and engineering science journal called Applied Mechanics Reviews. The most fun I had in this job was transliterating Russian from a cardboard chartthis was way before computers. • I was a test car driver, which lasted for one day. It’s a long story. Let’s just say I drove from San Antonio to Laredo twice in the same day and then relinquished my position immediately. • I was the owner of an interior designer firm called Yesterday’s Interiors. • I was a mystery shopper. I can’t remember rating too many five-star dining establishmentsactually, there were none. Why, in the name of God’s green earth, did I ever agree to this? I was still trying to “find” myself. I lived in Houston at the time and had to physically check out gross service stations in the worst parts of town. I don’t even wash a carit’s written in my wedding vows along with not mowing lawns. I still can’t get the smell of rubber and icky restrooms out of my olfactory organ. • I was the owner, chef, and chief bottle washer of my own fudge company called Sweet Bye and Bye. People still call and request my recipe for Texas Praline Fudge. Whenever I filled an order for a one-pound package of fudge, I had to make a whole batch, which makes five or six pounds. The leftover fudge would be packed up and sent to a group of special soldiers in Iraq. I called it Operation Fudge. Those boys were so grateful. Looking back, that was one of my proudest moments. • My last position was vice president of Swisher Pens, a fountain pen company. This position led to other jobs in website design and maintenance. Much to my chagrin, after all the long hours and hard work, Swisher Pens was forced to close its doors in 2011 because of the dreadful economy. • And now, dare I say, I’m an author. Through my hectic life, I persevered and was lucky to have never been seriously illat least not until I was diagnosed with breast cancer. I wrote this book to make friends, family, physicians, and caretakers of cancer patients aware of what they must go through in their struggle to survive.