EDUCATION FOR THE JOY OF IT

How To Thrive Not Just Survive In High School, College And Beyond 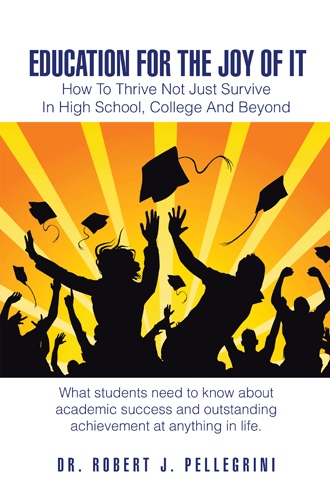 On The Cumulative Nature Of Growth

Critical to the objectives here is what I call the cumulative spiral of personal development.  The meaning of this concept is implicit in aphorisms like (a) “The rich get richer and the poor get poorer,” and (b) “Them that has, gets!”  Similarly, people seen as enjoying a streak of good fortune are said to be “on a roll.”  Along these same lines, with reference to achievement-oriented behaviors, folk wisdom has it that “Nothing succeeds like success.”

The general sense of this idea is that when people start to do something well, they seem to do better and better at whatever that something happens to be.  Conversely, when they start doing badly, they seem to do worse and worse.  This book evolved out of the conviction that a solid, well-earned success experience in coping with the demands of an appropriately rigorous curriculum, is the psychological equivalent of a boost upward in the educational aspect of a student’s personal development spiral. 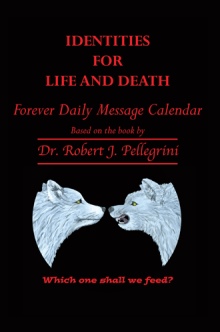 This book is targeted to all current or prospective high school students, college students, or anyone else who aspires to strengthen the educational foundation upon which to build the rest of her/his life -- with the hope that it is especially helpful to people who might otherwise become, or have already been formal educational program dropouts or lockouts. I cannot guarantee that applying what is offered here will ensure an “A” grade, or achievement of one’s life goals.  But I do guarantee that I have tried to summarize critical elements of thought, feeling, and action oriented to such objectives.

Part I of this book is all about how to work both hard and “smart” to experience the joy of academic success.  Hard work is necessary to achieve anything worthy of pride in our own creative effort.  But it’s not just how much or how hard we work at things.  It is also “how smart” we work that determines our life outcomes.  And what I mean by “working smart” is working efficiently and effectively.  The goal here is to help all students reap as much as possible from their educational investment, whatever that investment may be in terms of time, money, energy, and self-disciplined personal sacrifices.

Part II is about what it takes to achieve great success at anything in life.  The format for this second part is, essentially, a psychological profile of outstanding achievers.

From both my professional and personal experience, I’ve learned how vitally important education can be as an avenue to a pro-socially valued and personally satisfying life.  And once again in 2014, I find myself championing an approach designed to facilitate human development through educational opportunity in a program I call “Life Construction 101” -- designed not just to augment efforts to help at-risk students, but to help every student enjoy academic success experiences.

Education For The Joy Of It is the “user’s manual” for that Life Construction 101 program.  Accordingly, the Appendix to this book presents a brief, structured exercise designed to provide a very preliminary template for initiating the construction or reconstruction of one’s life.

And that’s it.  A little book that I hope will be one of the biggest books its readers ever read.

A Past-President of The Western Psychological Association (WPA), San Jose State University Professor Emeritus of Psychology Bob Pellegrini received his B.A. degree from Clark University Phi Beta Kappa and with High Honors in Psychology.  Supported by National Institute for Mental Health fellowships, he earned his M.A. and Ph.D. degrees from the University of Denver, with clinical and research pre-doctoral internships at The University of Colorado School of Medicine, Children’s Asthmatic Research Institute and National Jewish Hospitals in Denver, and National Science Foundation-sponsored post-doctoral study at Stanford University.

At SJSU he taught and mentored thousands of students, many of whom in underserved minority population educational programs including a B. A. degree program he co-founded at the California Department of Corrections’ Soledad prison.  To help students maximize their learning gains per unit of time invested, he created several study guides produced by major academic publishers.  His commitment to giving SJSU students “the best introductory psychology course available anywhere at any price” has been acknowledged in teaching awards as SJSU and Western Psychological Association outstanding professor of the year, and invited contributions to prestigious educational events such as the Lewis M. Terman Master Lecture Series.

Bob’s award-winning work as a social scientist/educator has focused on illuminating and promoting actualization of human potential.  This book is the owner’s manual for his Life Construction101 project, designed to provide students, especially those most at risk for educational failure, with skills and perspectives to help them experience success in high school, college and throughout life.

At age 69 and 70, Dr. Pellegrini again qualified for the USA Bodybuilding Championships by placing 2nd and 1st, respectively, in his master’s division finals of the nationally-sanctioned 2010 San Francisco and 2011 San Jose contests.