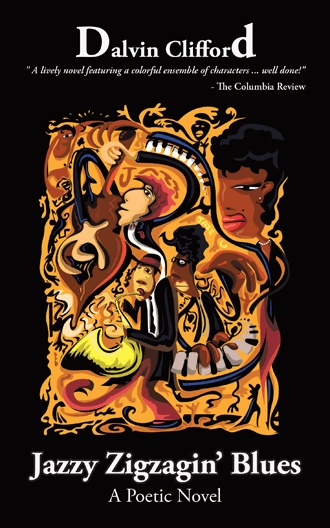 “Why do men always have to lie so much?” Miss. Billy asked no one in particular as Rainbow rinsed the conditioner out of her hair. Rainbow smiled to herself as she thought about her client’s question. “Not all of them lie.” she wanted to say, as she thought about Reggie. That may have come across as bragging though, so instead she thought about this particular woman’s love life.  Everyone called her “Miss. Billy” because the lazy, good for nothing, excuse for a man that she dated had that name. Miss. Billy complained more about her man than anyone else Rainbow knew, and she smoothed out the naps of many complaining females! “I take it he done lied to your face again, huh girl?” Rainbow asked. Miss. Billy shook her head at the question, causing drops of water to fly from her damp tresses. “That wouldn’t even have me as shocked as him telling the truth for once would.” she responded. “You know when I was growing up, my Mama would always say that if someone will lie to you once, then they’ll lie to you twice! I know he don’t never be real with me but every time I catch him slipping, it be feeling so bad that you would think it was the first time. I never knew something could hurt the same way every single time, at least not in love.” Mary rinsed the last bit of product from Miss. Billy’s hair before looking her in her eyes. “Love shouldn’t hurt that way Miss. Billy.” she said. “Maybe what you have isn’t really love.” she wanted to add, but Rainbow was never one to bash on another person’s issues. Everyone had enough of their own as it was but another woman in the salon had no issue with telling Miss. Billy just what she was thinking. “Let me tell you something Miss Billy.” Miss. Real began, ready to do some male-bashing her-self. “Them fools will lie until they die! I can predict some of the lies before they leave a man’s lips. You have to expect some of them because a man can’t always help himself. They lie about how long they can hang in the bedroom, how many kids they got, how many wives they got, whether that’s their mama’s house they live in, saying she’s just sleeping over! One thing I can’t stand a man lying about though is how much money he makes.” “Amen!” The ladies shouted in sync with one another. “I don’t care how fine your man is!” Miss. Real continued. “I don’t care how well he lays down the pipe! If he ain’t got no money, then what are you supposed to do with him?” “The better question is what can the broke fool do for you,” Misty asked. “Not a thing in the world honey!” Miss. Real responded. “I remember when I found out my last man was scraping for pennies.” one woman told the ladies. “He was pulling my pants down trying to get some play but a sistah was hungry! I knew he had it going on in the sheets but all I could think about was some chicken. Beans and rice. I would’ve settled for a cheddar biscuit! This fool had the nerve to tell me, baby you know I ain’t got no money. Why you sweating a brotha?” she mimicked in a base-filled voice. “I said, hold up! Wait a minute! You must got me confused with one of them local heifah’s you be messing with because if all you got is a couple of pennies then I ain’t dropping my panties!”

Reginae shook her head at the conversation she was hearing. Some woman had no shame putting their business all out. “I don’t even care all that much about how much money a man is bringing home.” she stated, breaking her silence. “Oh so you must be one of those woman that want to be a mama to their man. Buying his clothes and paying his bills for him, huh?” the last woman asked. “No. I’m not.” Reginae responded. “It’s just that I make my own money. I can take care of myself. I can buy my own gifts and take myself to dinner. What I can’t provide myself with is a man’s arms wrapped around me or his constant presence in my life. I just think that ya’ll will miss out on the real thing one day if you keep on being so shallow.” Miss Real waved her hand. “I’m not shallow, just real honey.” she sang. “Yeah, real lonely,” Reginae thought. Yet it was woman such as Miss. Real that always seemed to somehow end up with all the good men, who she’d suck dry of course, before throwing them back in the streets, leaving honest woman like Reginae and even Miss. Billy with nothing but low down dirty dogs to pick from. It was quite a shame, a low down dirty shame. “Love ain’t even really about love. Half of it’s a dame lie.” she thought quietly. "You sit up day in and day out giving all you got to a man. He working all day, don’t come home till’ it’s late while you stuck there in the house with some little ashy kids running around jumping up walls and you sit up there and deal with it because you think you in love. All the money could be gone with no food to put on the table. He go blow all the money at some casino or dice rolling and you don’t fuss much about it because you don’t want to make him feel like any less of a man for not providing because you think you’re in love. You go through all of this with a man and feel like ya’ll done been through it. Can’t nothin’ tear you apart. No matter who come along trying to take your man away, you feel content in knowing that he’s knowing he got something better at home. Everything is fine, and then here comes Miss. Busty. Oh, and Miss. Busty is real smooth with hips and ass. Tiddies bustin’ out! Your man see’s here and forgets all about you honey. He forgets about all the lonely nights you spent stuck in that house with them ashy babies. He forget about all the days when the money was coming up short and you had to put up a front, carrying on like everything was gone be alright. He forgets about all the tears you cried and the sweat you bared because Miss. Busty done came along and made that willy betweenhis legs spring to life. Now Miss. Busty gets everything. He’s wining and dining her, buying her new dresses for her tiddies to bust out of, a car and home. You don’t even know where all this money came from. You thought you were in love. Love don’t mean nothing though when he done gave in to temptation though. See they have Miss. Busty’s everywhere.  They’re at church speaking in tongues the same way they’re speaking to your man in your very own bed. They’re behind you in line at the grocery store buying whip cream that they’re going to spray on him. They’re at the park, running around in little mini shorts, distracting. Hell, Miss Busty gone run the world one day if she don’t already!”

“Love ain’t even really about love. Half of it’s a damn lie.” Mary and Rainbow, friends since childhood, have been through everything together, and nothing has ever been able to tear them apart as they mature and find themselves in relationships and constant soul-searching. Through memorable characters, such as loudmouthed Candice, opinionated Miss Real, shy little Dookie, lovesick Miss Billy, and more, some funny, others insightful, they learn how to navigate in life. Mary realizes her jazzy poetic way with words at an early age, but a secret from the past that tore her mother and aunt apart is slowly doing the same to her until the explosive night when everyone is forced to face it head-on. Rainbow has longed to be loved for as long as she could remember but is considering washing her hands of love altogether after finding herself yet again left heartbroken and confused, until a man from her past returns ready to give her all that she’s been missing. In his thought-provoking, coming of age, poetic debut novel, Dalvin Clifford expresses how day-to-day blues must be overcome in order for one to prosper. A sassy yet humorously honest story that dives headfirst into issues of love and forgiveness, Jazzy Zigzagin’ Blues is guaranteed to take readers on a journey they will never forget.

Dalvin Clifford was born and raised in Sacramento, California. He became serious about writing while attending Monterey Trail High School where he would compete in poetry competitions and write short stories in his spare time. Among the long list of authors who inspire him are Toni Morrison, Terry McMillan, and Eric Jerome Dickey. When he isn’t reading and writing, he enjoys cutting hair and listening to music. He currently serves in the military as an administrative specialist and wrote much of this book while stationed in Japan. He hopes that his writing can help keep poetry alive and give readers a feeling that they are not alone by creating characters with issues similar to their own. He currently lives in Virginia where he is working on his next novel.