A child-size tragedy with many redeeming qualities. 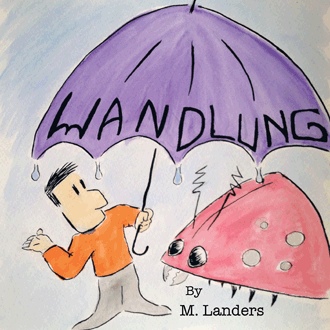 Teddy and Frankie were best friends and neighbors. Teddy lived with his parents in flat 3A. Frankie lived with his parents in flat 3B. One day, Teddy asked if Frankie could come out to play. Frankie’s father Mr. Pampa said “Frankie is not feeling well.” He shut the door. The next day Teddy asked if Frankie was feeling any better. “No.” He asked again the next day. “No.” On the fifth day Teddy brought flowers. “Can I see him?” He asked. “No.” Teddy got very angry. “Let me see Frankie!” He stomped his foot. “Frankie doesn’t live here anymore.” Mr. Pampa replied. “Yes he does!” Teddy shouted. He didn’t know what else to say. “Fine! If you want him, you can have him!” Mr. Pampa went away and brought back a very large, bulgy-eyed bug. He slammed the door.

"Since it is so likely that they will meet cruel enemies, let them at least have heard of brave knights and heroic courage. Otherwise you are making their destiny not brighter but darker." - C.S. Lewis

M. Landers was born and raised upon the Kentucky hills that overlook Cincinnati, Ohio. He and his wife and children now reside in Oklahoma City, where he splits his time work at the Metropolitan Library, writing all sorts of stories, and enjoying adventures with family and friends. This is his first picture book.