Rising Above and Beyond the Crossbar

by Lincoln A. Phillips 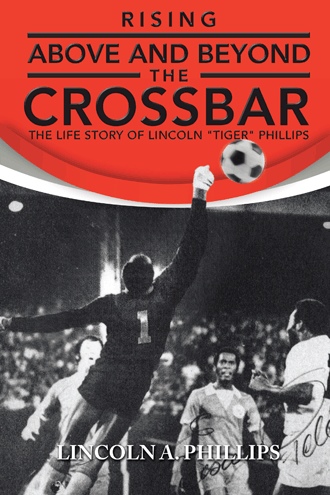 It was December in St Louis, Missouri, and Busch Stadium was blanketed in snow for the 1974 NCAA championship game. The warm locker room smelled of muscle rub and stale sweat. Around the room, each player tended to his pre-game ritual—rubbing himself down, listening to reggae, strapping his strappable parts. I gave them the talk and we warmed up as a group. We were used to saying the prayer before running straight out of the locker room and onto the field. If the door didn’t open, we’d have burst a hole through the wall! After the prayer, the referee walked in: “Coach, it’ll take half an hour to clear the snow.” Tractors were muscling the snow into great mounds around the field. We were forced to sit, and the room went silent. What more could I say? Then, one of the Africans chanted something in a language I didn’t understand. From the other side of the room, a player responded in a baritone. Back and forth went the chants, and it was heavy, like the fortifying lament of Africans in the bowels of the slave ships. Jamaican national half-back Paul Pringle pulled a pair of small skulls from his bag and walked around, holding them up in front of each player and repeating ominously: “Skulls! Skulls!” Finally, an official returned and told us the field was ready.

The Civil Rights era is the backdrop to this story of a black college soccer team who played their hearts out to overcome racial injustice in 1970s USA. Stocked with some of the best Caribbean and African players of the era, the Howard University Bison went on to win two national championships under the martial discipline of Coach Lincoln “Tiger” Phillips. The Tiger made history by becoming the first college coach to win an NCAA championship for a Historically Black University, when the Bison stormed to the 1971 and 1974 titles. He is a former professional goalkeeper who did his utmost to repel the sorcery of Brazilian maestro Pelé in the early days of professional soccer in the United States, and helped take Trinidad & Tobago to bronze at the 1967 Pan Am Games. This biography crackles with anecdotes of Coach Phillips’s life. From his roller skating, Carnival costume-wearing boyhood in Trinidad to his days as the nickname-bestowing soccer coach who expects his players to excel, academically and athletically, Above And Beyond will transport the reader from the tears of tough losses to the euphoria of two national titles. Read the story of an athlete and soldier so exhausted from long days of training for competition that he can’t polish his army boots when he returns to base, and learn about the man who finds the ideal slogan to rally the embattled Howard team to a second national title after they’re stripped of the first.

Coach Phillips is certified to the highest coaching level by the United States Soccer Federation and helped prepare American goalkeeper Tony Meola for the 1994 World Cup. A former FIFA Technical Staff Instructor, he was also technical director of Trinidad and Tobago in 2006, when the country became the smallest ever to qualify for a FIFA World Cup. Holder of a master’s degree in Physical Education, Coach Phillips is a motivational speaker who believes that strong mentorship is critical to the success of every young athlete.