Memoir of a Disillusioned Music Executive 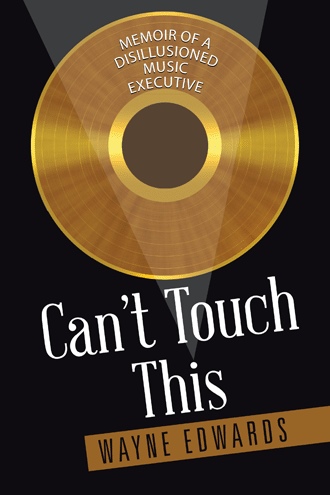 Hollywood, CA. October 1988. "I'm afraid I've placed you in an untenable situation." When you're summoned by the President and he starts the conversation with that, you know it's not going to end well. He was firing me. I wasn't surprised. It was coming for a while. I wanted to ask, "If your poor judgment left me in this predicament, why am I the one getting booted out?" At the very least, we should have been walking out together. But of course that's not the way the game is played. People don't fire themselves. I was the sacrificial lamb.

As far as black music was concerned, by the mid-80s Capitol Records was a train wreck. The only successful homegrown act on the label was Maze featuring Frankie Beverly. An amazingly gifted singer/songwriter, Beverly had grown tired of what he perceived to be the company's inability to expand his audience. He wanted out so badly that his parting gift in 1986 was Live in Los Angeles, an album of retread material already released five years earlier on the very similar Live in New Orleans concert album. To rub salt in the wound, Live in Los Angeles was a double album, a shrewd strategy to fulfill in one shot Beverly's contractual obligation for two more albums.

Ashford & Simpson, the legendary husband/wife songwriting team responsible for such hits as Ray Charles's "Let's Go Get Stoned" and the Motown classics "Ain't No Mountain High Enough," "Ain't Nothin' Like the Real Thing," "You're All I Need to Get By" and "Reach Out and Touch (Somebody's Hand)," had released nine albums on the Warner Bros. label before signing with Capitol. Though they remained a dynamic performing act, the duo's Capitol debut, 1982's Street Opera, showed signs of recording fatigue despite the hit single "Street Corner." The only other bona fide success came two years later with "Solid." Needless to say, the marriage with their new company soured quickly. They too wanted out.

Parliament/Funkadelic mastermind George Clinton was Capitol's other "name" R&B act. Clinton, a prolific songwriter and facilitator of projects for Bootsy Collins and a slew of well-traveled musicians, signed with the label as a solo artist in 1981. A year later he scored big with the #1 R&B hit "Atomic Dog." But Clinton had exhausted much of his creative genius by then, having spread himself way too thin producing an un-Godly amount of projects in the late 1970's. His last hit for Capitol was "Do Fries Go With That Shake?" Released in 1986, the single would best be remembered as the answer to the trivia question, "On what song did former Miss America Vanessa Williams make her pop recording debut?" There were other Clinton projects for Capitol but, like Ashford & Simpson, his glory days were long gone.

Capitol Records did experience platinum sales success with Freddie Jackson, an unexpected surprise from Hush Productions, the independent New York based production company headed by brothers Charles and Beau Huggins. Jackson's "Rock Me Tonight" was a huge hit and, as it would turn out, was the crowning moment of the Capitol/Hush association. Other hits would follow, but nothing topped Jackson's smash debut. Sales leveled off rather quickly, but at highly respectable numbers. Capitol was so grateful to have a legitimate presence in black music it gave Hush Productions much more power and influence than it probably should have. In effect, Hush Productions had become the de facto black music arm for Capitol Records.

That was my inheritance when I joined the company in 1985 as Vice-President of Black Music A&R (Artists & Repertoire). The golden touch of Maze featuring Frankie Beverly was walking out the door, leaving the company without its mainstay black act. Ashford & Simpson, the latest victim of Father Time, were angrily blaming the record company for declining sales. George Clinton, the funk maestro whose creative well had run dry, was operating in his own universe. And Hush Productions, duly empowered and deservedly flexing their muscle, was running Capitol's black music show.

The decision to fire me, at the very least, was poorly timed. But from my standpoint this move had less to do with sales, and more to do with corporate politics. My new boss and I, the two highest ranking black executives in the company, were openly feuding. My hope was the new President had my back. And maybe he did for a while. But his loyalty was not to me. His boss, the newly appointed Chairman/CEO of Capitol-EMI, the parent company of Capitol Records, was the top dog who brought him on board. He was also the man who hired the new head of black promotion who, in a poorly devised restructuring move, became my new boss. No matter how you did the math, the power base of the #1 white guy and #1 black guy trumped any alliance between the two #2s. I was the lone outsider in the group and low man on the totem pole. It was a bad combination that made letting me go the logical solution. Four years would pass, however, before I truly understood the magnitude of a moment that, on a personal level, had far reaching implications well beyond A&R and corporate business decisions.

Sometimes the unspeakable is best left unspoken. This is not one of those times.

Hollywood, California. October 1988. “I’m afraid I’ve placed you in an untenable situation.” When you’re summoned by the company president and he starts the conversation with that, you know it’s not going to end well. He was firing me. I wasn’t surprised. But by the time the president sent for me, my ability to sign a sellable act was no longer a question mark. My first platinum act was about to blow past one million units sold. The decision to fire me, at the very least, was poorly timed. But from my standpoint this move had less to do with sales and more to do with corporate politics. My new boss and I, the two highest ranking black executives in Capitol Records, were openly feuding. My hope was that the new president had my back. And maybe he had for a while. But his loyalty was not to me. His boss, the newly appointed chairman and CEO of Capitol-EMI, had brought him on board. The chairman and CEO had also hired the new head of black promotion, who had in a poorly devised restructuring scheme, become my new boss. No matter how you did the math, the power base of the number-one white guy and the number-one black guy trumped any alliance between the two number twos. I was the lone outsider in the group and the low man on the totem pole. It was a bad combination that made letting me go the logical solution. Four years would pass, however, before I truly understood the magnitude of a moment that had far-reaching implications well beyond hit records and corporate business decisions. And so begins Can’t Touch This: Memoir of a Disillusioned Music Executive, the fascinating story of one man’s love affair with music and the industry determined to destroy it.

As vice president of A&R, black music at Capitol Records, Wayne Edwards brought Please Hammer, Don’t Hurt ’Em, one of the biggest selling rap albums of all time, to the label. The album featured the smash single “U Can’t Touch This,” the inspiration for the title of Edwards’ first book. Other industry positions Edwards held include staff writer, product manager, West Coast marketing director, and director of A&R, black music, for CBS Records, and senior director of media relations for Mercury Records. Edwards holds a doctorate in sociology from City University of New York. He now serves as vice president for student affairs at State University of New York’s College at Old Westbury. Wayne and his wife, Jeanne, live in New York City. They are the proud parents of a son and four daughters.