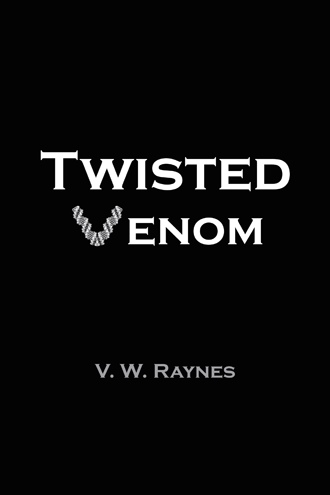 P. 180-183: Her light was shining on the hole, and I could dimly make out a rough ladder leading down into blackness. Sliding in feet first, I felt my way down five steep rungs onto a dirt floor. A backpack came down after me, nicking my right ear and scaring the shit out of me. Dru was starting to come down, and the bed hit the floor with a thud that I was sure the whole county could hear. She moved something over the hole and joined me at the bottom, turning off her light and finding me with her hand in my face. She put her hands on my shoulders, and we played statue, barely breathing. Eventually, we heard a rattle I guessed was coming from the front door, a shout, and then nothing. Five minutes later, we both jumped at the sound of a loud bang that could have been a gunshot, followed by a banging of wood and heavy footsteps, first going in one direction then eventually heading toward us, along with a low male voice that said what must have been “Jeremy?” Some slivers of light slid in through cracks above us as the light switch in the bedroom was flicked on, and we held our breaths, our foreheads touching and slick. “Jeremy, where the fuck are you?” the voice said. It sounded a little raspy. The agonizing seconds ticked by, the footsteps walking heavily around the room, pausing, then eventually leaving, and the light shards disappeared. We could still hear the steps checking things out, pausing now and then, and finally stopping. The toilet flushed, and I thought I heart him say “shit.” Eventually another noise became evident—the TV was on. I could feel Dru shaking her head in the dark. After a minute, she knelt down on the dirt and flicked on her light, leaving it on the floor. She sat down, her back against a wall and hands tucked between her knees and signaled me to join her. I chose to squat as long as I could stand it, not wanting to sit down. After turning my light on, I skimmed the beam low along the floor. The room was a small cellar that looked no more than about twelve by twelve feet, the walls formed by cement blocks. Old open wood shelves lined the walls, with the exception of what looked like a half-sized refrigerator or freezer in the middle on one side. I realized it was making a very soft humming sound that would likely be hard to hear from above. Feeling a little braver, I moved the light up and around the room a little higher. The shelves were filthy. The ones on my left held jars of pigment, what I figured was tattoo paraphernalia, some ammunition boxes, and two small glass aquariums or terrariums that looked empty. On the shelves to my right I could make out more pigment jars and a box of small empty vials with black screw caps. The far wall was mostly clear, with a couple of hooks on it, one holding a worn sheepskin jacket with a torn sleeve and what looked like leather chaps. I turned the light toward Dru. She was leaning against the wall, her eyes closed. After a few seconds she opened them and lifted her head, making a quiet sign with her finger against her mouth. Then she surprised me by getting on her knees and crawling toward the appliance on the opposite wall. I grabbed her by the back of her belt, but she turned her head and shook it at me, mouthing “It’s OK.” My ears were tingling, waiting for her to make a mistake and a noise audible to the man above. She lay on her side on the floor and opened the door to what was a small freezer sitting on a rough wood platform about six inches above the floor. I slowly edged closer to grab my own view of the contents. On the lower shelves were some bags of white powder piled on each other, looking like a common illegal substance. Dru was pointing at the bags, but I was more interested in the two upper shelves that held a thermometer and several test tube racks filled with small vials containing what looked like a powdery or crystalline material. Some contained frozen liquid. I pushed Dru’s head out of the way to get a better look at the vials that were neatly labeled with printed labels. I could read the ones facing me, making out C. Atrox, C. Adamanteus, C-911.2, C-911.3, C. Horridus and several more. I looked at Dru, who gave me a quizzical look back, and shut the door painfully slowly. The motor immediately started humming again. We stayed on the floor like that for at least an hour, until the sound of the TV ended and the heavy footsteps seemed to leave the house. I thought I heard a car or truck starting up. We waited ten minutes more; then Dru started back up the wood ladder. “I think we’re clear, cuz,” she declared, moving some boards at the top, then pushing hard to raise the bed that hit the wall with a soft thud. I started to go up, handing her the backpack. Then I turned back, moving to the freezer and opening it again. “Hang on a sec,” I said in a loud whisper, still afraid of making noise. I grabbed the racks, looking for some tubes that had the same labels, hoping they wouldn’t be missed, then grabbed four with names and four with numbers, taking off my outer left glove and sticking them in there and then into my shirt pocket. I went up the ladder. “Good idea,” she said, “if we can find out what they are.” She rearranged the boards over the hole and pulled down the Murphy bed. I was frazzled. “Dru, let’s get the hell out of here.”

When young internist Claudia Ranelli attends a medical conference in San Francisco, she has a sexual encounter so bizarre and frightful it nearly kills her. But that isn't the end of her terror. Claudia and her cousin Dru Salinas must discover the identity of the person terrorizing them both, a quest that leads from pit vipers to modern genetics. Claudia tells a gripping story with sensitivity, a humanly scientific perspective, eroticism and a wry sense of humor.

V. W. Raynes is the pen name of a physician practiciing in Texas.