Where the Bear Met the Lion 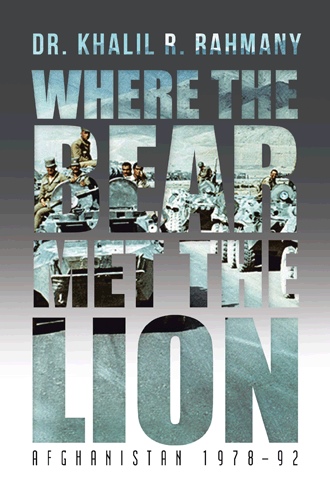 With indignant resolve, the president returned to Kabul and proceeded to replace and dismiss all suspected Communists in the military and the parliament. The replacements to the cabinet were solely elected by Daoud, so that his “democratic” council became a personal puppet, constructed of friends, relatives, and sycophants. Next, Daoud renovated the constitution, introducing an amendment that would allow only one political party to exercise influence in Afghanistan—his own. The new party, called Meli-Ghorzang, or National Revolutionary Party, was prudently internationalist in its lobbying, with a decided bias toward the nonaligned world. The leftists, without leaving town, were exiled. So, during what had become a routine conversation at an informal soiree at the Soviet embassy in Kabul, which Taraki, Amin, and Babrak regularly attended, the rather ill-humored leaders of Khalq and Parcham reluctantly submitted to the decade-old unofficial pressure of Alexander Puzanov, Soviet ambassador to Afghanistan, and agreed to reunite. Although the alliance reassumed the original name of PDPA, its members would never quite shed their separate identities as Khalqis and Parchamis, and unity never reached deeper than a temporary sharing of political resources. Taraki was granted his previous position as head chairman of the party, perhaps because Babrak had so radically failed to woo the support of the Afghan populace. Regardless of any tenuous cooperation, the PDPA continued in 1978 to be without friends at the palace, and Daoud continued his trajectory away from Moscow. Seeking to relay a positive response to Daoud, Prof. Burhanuddin Rabbani opted to relax Islamic resistance. A graduate of the tranquil Al-Azhar University in Egypt, Rabbani firmly believed in the conclusive power of education and decided to seek a cold war. Qazi Waqad and Gulbuddin Hekmatyar felt that disarming now would be premature and voted to wait a while longer. As a result, Waqad’s coalition dissolved, and Rabbani and Hekmatyar went their separate ways. It was to be learned much later that Daoud, at that very time, had been in conference with Zulfikar Ali Bhutto in the beautiful garrisoned city of Lahore in Punjab, Pakistan, requesting the mediation of Bhutto’s government between the leaders of Islamic resistance in Peshawar and Daoud’s government. Daoud was seeking reconciliation with his people. Within only a few months, early in 1978, Daoud made additional visits to India, Yugoslavia, Turkey, Iran, Kuwait, Saudi Arabia, Egypt, and Libya—all members of the international Non-Aligned Movement (NAM). Upon return to Kabul, Daoud’s most surprisingly enthusiastic comments were made about the Pakistanis, whom he referred to as “our Muslim brothers.”

May the next generation behold the fertile ground, prosperity, and technological success. Afghanistan should modernize, perhaps even pursue a space program. Men of Islam once charted the night skies, and they, as all men, should travel to the stars and see the earth as Allah Almighty sees it. May they see a world where men live free.

Dr. Khalil Rahmany is the most suited person to write this book. He was born in Afghanistan and educated at Kabul University. He fought the Russians and lost one of his brothers. He received his Doctorate in Clinical Psychology in United States. While living in the States he became quite aware of the misconceptions about Afghanistan, its Islamic culture and history. This book is fascinating and an eye opener for a non-Afghani reader and a precise review for the Afghanis. R.K.. Janmeja (Meji) Singh, Ph.D. Recipient of Life time achievement, California Psychological Association.