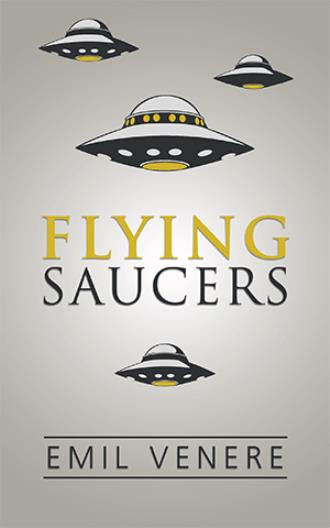 Harry Truman sat behind his large walnut desk in the Oval Office pondering one of the most profound problems of his presidential tenure. Since occupying the White House he'd proven his mettle. He'd dropped nukes on civilians in Japan, and, more recently, kicked off a brand new war on the Korean peninsula while initiating development of the hydrogen bomb. These and other hawkish deeds he offered up like patriotic salves to the American public. But now he was faced with something entirely different: whether to approve a large black-budget funding outlay to support a shadowy Pentagon program based on antigravity. The money would enable the military to build a fleet of vehicles operating independently of other defense programs. The president wore an old-fashioned green eyeshade, looking like a miserly bookkeeper as he scrutinized a bound proposal lying open on the top of his neat, meticulously organized desk. He removed his thick, round glasses and rubbed his tired eyes. “Why, we could practically finance another Air Force for this kind of money,” he grumbled, eyes fixed on the bottom line of the briefing document. New Deal politics aside, Truman had the fiscal instincts of a small-business owner. Until the Korean adventure had spurred dramatic hikes in defense spending, he'd slashed the military budget and was determined to keep it from ballooning out of control regardless of the USSR's expanding might. A picture frame on his desk displayed a motto by Mark Twain: "Always do right! This will gratify some people and astonish the rest." Doing the right thing seemed especially critical in those early days of the Cold War, not long after the Russians had unwrapped their own nuclear menace. Joe McCarthy was giving everybody the heebie-jeebies about communism and spies and double agents. The Soviets were rapidly developing atomic weapons, guided missiles, biological warfare agents, a more capable air force and a new class of submarines to patrol the high seas. Who's to say they weren't also developing antigravity? It would be naïve, and even dangerous, to assume otherwise. With an arsenal of antigravity warships at Stalin's command, there would be no limit to his ambitions. Flying saucers would make the perfect delivery vehicle for all those Soviet nukes rolling off of the assembly line. These and other concerns had four years earlier catalyzed creation of a special Pentagon panel of eminent scientists, a handful of top military and government officials. It was not unlike FDR's highly secret Interim Committee on S-1. But S-1, code for the Manhattan Project to build the first atomic weapon, was FDR's venture, his legacy, his responsibility. Antigravity had become Truman's project, whether he liked it or not. So he approached it with the same methodical diligence that marked his political career, forming the foundation of perhaps the most remarkable clandestine military project in history. Yes, this was Truman’s project, and it was called Majestic. Issues vital to Majestic soon came to a head. Fiscal commitments had to be made, provisions written, policy formulated. The Pentagon panel, known as Majestic Twelve, urged the president that he had no choice but to funnel as much money as prudently possible into the program. Truman, however, had some nagging doubts about the whole thing. He knew the technology worked in the laboratory, but would it actually function as advertised in a real-life battle situation? Then again, naysayers had asked the same question about the atomic bomb. In this new age of "super science" perhaps anything was possible. “I'll tell you one thing that's absolutely mandatory," the president told a coterie of military brass. "I want a demonstration. Something that tells me why these things are so superior. I want them to fly right over the Capitol, right over the damned White House." Truman enjoyed brilliant displays of fire and thunder as much as the next guy, and he had a penchant for the dramatic. He'd made a similar demand three years earlier, when he ordered proponents of Northrop’s "flying wing" to showcase their new aviation marvel by buzzing the U.S. capital in 1949. The aircraft did just that, flying from California to Andrews Air Force Base near Washington and then passing directly over the president’s abode on the return flight. Unfortunately, the trip home was marred by catastrophic engine failure, and the plane had to make an emergency landing in Arizona. The flying wing program was scrapped shortly thereafter. Such trials had a way of stifling dreamers, even those occupying the rarified atmosphere of aviation genius, and Truman privately expected a similarly underwhelming outcome for antigravity's acid test. “Let’s see how well your flying saucers perform when they're being chased by the U.S. Air Force,” Truman demanded, purposely pronouncing "flying saucers" in a mocking tone. So, on the night of July 19, 1952, the saucer prototypes flew two thousand feet over Washington.

Journalist Jane Hale seeks the truth about UFOs in this science fiction suspense that revolves around a conspiracy: Flying saucers are a product of human -- not alien -- ingenuity. The United States purloined the technology from the Germans at the end of the war and then began a clandestine program to produce a fleet of antigravity vehicles; Harry Truman secretly nurtured the program after the saucers' sensational showing in demonstrations the president himself ordered over Washington in 1952; influential engineer and technocrat Vannevar Bush aggressively enforced a secrecy doctrine reminiscent of the Manhattan Project. Four decades later, physics wunderkind, fighter pilot and astronautics prodigy Tommy Swift is recruited into the military's clandestine space program. A Midwestern kid with a talent for math and science and a Ph.D. in physics, he is on a fast track to become a NASA astronaut until diverted to the shadow space program. He becomes commander of Big Black Delta, a mammoth triangular spacecraft.

Emil Venere is a science writer who has worked for many years at research universities and at daily newspapers. He lives in the Midwest.