Observations From The Kitchen 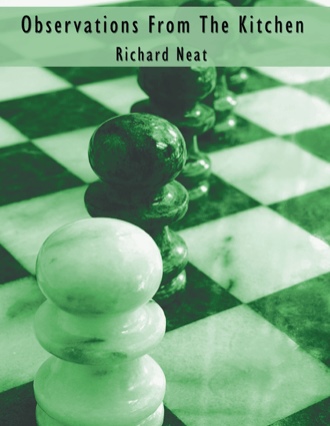 Observations from the Kitchen is an autobiographical adventure story that unfolds upon the metaphoric battlefield of a chess board, one The Cook uses to describe his life experiences. Set within the sweatshops of gastronomic kitchens, it is a journey that takes the reader through the frenetic chaos of London's West End, to the narcissistic playgrounds of the Cote d'Azur, amazing India and back to the snow-covered domes of the Kremlin before ending in the steamy jungles of beautiful Costa Rica. The Cook invites different comapnions, the people who have had the greatest impact upon his life, to join him 'a table' where, whilst preparing his signature dishes, they discuss such themes as Ambition, Loyalty and Contentment and whether these ideas are comprehensible to anyone other than the person who utters them.