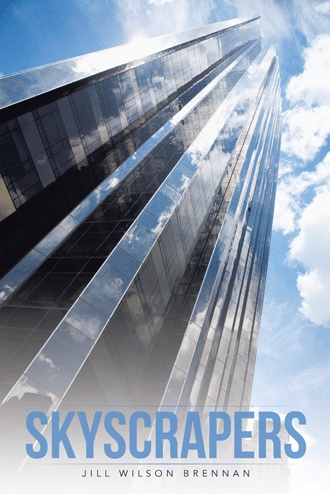 A small man with a native-American face brought up some food, leaving the door slightly ajar. There had been enough time lag so Vern was ready. He had worn his custom-made eyeglasses to the rendezvous at Shabbona, and his captors had not removed them. Both plastic temples could be pulled off, leaving two evil-looking prongs. The right prong unscrewed from the temple, and Vern had carefully done so, being careful not to touch the sharp end, bluish with poison. Carefully he had rescrewed it onto the left prong, which gave him a very strange weapon. The lens frames became a handhold which would enable him to embed the six-inch poisoned skewer with considerable force. Carlos failed to notice that Vern wasn’t wearing his glasses. He put a plate of enchiladas and a Pepsi next to Vern on the couch. As he turned away, Vern drove his hand upward, inserting the skewer into the back of Carlos’s skull and up into his brain. He threw out his left arm to slow Carlos’s drop, to prevent a thud as Carlos predictably shuddered, then fell limp. He grabbed Carlos’s pistol, checked to make sure it was fully loaded, and left Carlos in a heap. Flattening himself against the doorframe, Vern looked out and up at the hall skylight, which was on a slant and not impossibly high. He looked down the sunlit staircase and saw no one. There was no sound in the building. Had Carlos been left on guard duty alone? It seemed highly unlike Jehan to be so careless. It was a bright, sunny day, highlighting the old wooden staircase. Probably every step would creak under Vern’s weight. An old basket piled with Spanish-language girlie magazines and a metal folding chair were the only objects on the landing. The chair looked like a World War II reject, and the skylight didn’t appear to open. Vern decided to try ambush to break out; but he no longer had his eye glasses. Beyond a certain point, everything got fuzzy. Vern threw the basket down the stairs. Magazines scattered all over the steps as it bounced down. He set the chair seat on its side and lay flat behind it. He aimed his gun at the only door, one floor down and to the right. As Ahmed came through it, Vern fired blindly but apparently hit him – astonishingly – somewhere on his right side, while Ahmed’s bullet pinged off the chair and ricocheted into the ceiling over Vern’s head. “Ahmed!” Jehan screamed, but he had already retreated out of sight. Vern heard rapid Arabic, too far away to be intelligible. After a pause, another shot came: this time from Jehan. She missed, and disappeared. Suddenly, Ahmed came out, waving an Uzi as blood spattered down his right side. Vern must have hit him badly. Ahmed’s bullets ricocheted everywhere but Vern waited it out, blessing the chair which dented deeply but didn’t puncture. Vern knew Ahmed couldn’t run up the stairs or probably, even stand for much longer. He was already leaning against the wall to stay upright. Jehan, Vern knew, had always been a poor shot. Was it possible she was the only other person in the house? Just then, a door banged. Several more voices spurted out: male voices speaking Spanish. Ahmed, now sagging to his knees, managed to Uzi the skylight, scattering glass all over Vern. As Ahmed’s head drooped and two pistols made a cautious appearance at different heights on the doorframe to the right, Vern took the only opportunity he was likely to get. He upturned the dented and unstable chair. Presenting a brief but perfect target, shielded only somewhat by the glare of the sunlight pouring over him, he grabbed the glass-shard edges of the skylight and painfully pulled himself up. His upper body strength, usually quite poor, was so suffused with adrenalin that by the time the shots came, he was mostly out of the window. One bullet penetrated his shoeless right foot: it felt as if his foot had been slapped with a plank. He crouched for a moment on the roof, checking the foot, then began what he knew was a run for his life. Vern jumped to the roof of the next building, grabbing its satellite dish for support. Two men appeared in the fenced area of the building he had left. He clambered across the roof he was on, slid down the opposite side to a porch roof and then onto a dumpster. He was leaving an obvious blood spoor. Savagely, he tore open the dumpster, yanked black plastic off somebody’s garbage and wrapped his foot. He wiped the blood welling from his cut hands onto his trousers. Shuffling as fast as possible, he approached a dilapidated car sitting in the yard. He crawled into the trunk, hoping his pursuers wouldn’t notice the trunk was slightly ajar. As they came thudding around the corner, they immediately spotted the blood on the garbage container. They spent considerable time pulling out garbage and shooting down into the container, certain Vern was inside. Jehan had gone to considerable trouble to get Vern alive, but these two seemed to have forgotten that. “Diablo!” snapped one, in disgust. Jehan’s voice cut like an axe. “Alive, you fools! Not dead! You can’t have lost him. Look for blood. He can’t go far or fast with that wound. Go! Go!” Vern heard the thud of footsteps departing rapidly in more than one direction, but he was positive, eerily positive, that Jehan was still there. She was standing nearby, trying to think what Vern would do. There was blood on the container, there wasn’t blood anywhere else, so he must have wrapped his foot with something from the container. After that, how far could he have gone? She stood looking around. Vern could follow her mentally. Eventually, she spotted the slightly ajar lid of the trunk of the car. Vern could see a dark shape start to block out the crack of sunlight.

Vern Webb has always taken pride in his ability to live in the present. As head of Midwest Industries, he seems like a typical CEO with typical challenges. But what no one knows is that he is harboring two secrets: his criminal past and an illicit drug laundering operation hidden within his company. Webb’s competitor is Ellie Torquemada Smith, a beautiful Mexican immigrant who leads AgriBusiness. Smith, who has risen to dominance by pursuing powerful, intelligent, and wealthy men and learning everything she can from them, is scheming to take over Midwest Industries when a covert attack is launched, seemingly with the intent to destroy Webb by revealing his well-hidden past. After several bizarre shootings, Smith is shot herself in a hospital parking lot. As she slowly recovers, gun control lobbyists and NOW use the incident to transform her into a public heroine. Meanwhile, influential people intent on incriminating Webb and the drug merchants exert pressure and offer a bribe in exchange for Smith’s help. As a crisis mounts, neither CEO pulls punches, but neither does anyone else around them. Skyscrapers is the compelling story of two self-made CEOS as their paths cross and one of them meets their destiny.

Jill Wilson Brennan has published short stories, some of which have won prizes or been re-published in anthologies. She has written articles and educational materials on terrorism and gun control. Jill currently lives in Chicago, Illinois, where she continues to write based on her experiences in the United States and overseas.