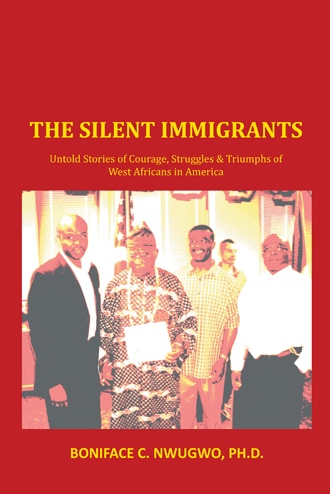 The Decision to Leave


“Papa, I want to go to the United States to further my studies.” That was how I began the conversation that would change my destiny forever. The year was 1979, one late summer day in August, or what Nigerians call the August break, which is the period in the month of August that there is a week or two of break from the relentless torrential rains of the rainy season. One of those weekends, I went home to my village, Alaenyi Ogwa in the Mbaitoli Local Government Area of Imo State Nigeria, which was about 25 kilometers (approximately 16 miles) from Owerri, the nearest city to my town.


I had been employed by First Bank of Nigeria (formerly Standard Bank of Nigeria) since February of that year as a clerk and had been quietly preparing on my own to secure admission from an accredited American university, and obtain a passport and visa to travel to the United States of America.


During one of my frequent weekend trips to the village, I sat down one evening with my father for a family discussion. During our conversation, I mentioned to my father that I would like to travel to the United States to continue my education. “Where would you get the money to go to America for studies?” my father retorted. “Your older brother is already in the US and I still have five of your brothers and sisters in school to worry about. After all, it’s only my meager teacher’s salary for which the government continues to owe us month-after-month. I simply cannot afford for you to go to the United States of America for studies. I mean, you’re lucky and you’re at least working for a bank. You will have to take the Joint Admission and Matriculation Board (JAMB) exam and try to secure admission into one of the local universities.” My father would not hear of me leaving because as far as he was concerned, it was impossible. But I quietly told him that I had already made up my mind to go to the United States and all I needed from him was to help me get over there and I would take care of myself. I made it clear to him that he wouldn’t have to worry about sending money to me for anything as I was prepared to struggle to put myself through college.


I simply could no longer continue to wait for the JAMB, even though working in the bank paid better than the ministries and parastatals (large enterprises owned and run by the state). I did not see banking as a viable career path for my future, although I did not tell my father so, for that would have been foolish as far as he was concerned, since there were many people who would have done anything to secure a job with a bank. With JAMB, there was no guarantee that one would gain admission into a local university, so the only alternative as far I was concerned was to go abroad to America, even though it meant paying up to ten times the amount it would cost to study in Nigeria.


The JAMB (or Joint Admission and Matriculation Board) was created by a presidential decree in 1978 to handle entry examinations into all universities, polytechnics, and colleges of education in Nigeria. The official primary functions of JAMB were to determine matriculation requirements into first degree programs of Nigerian universities, conduct a joint matriculation examination for candidates seeking admissions to these institutions, and place suitably qualified candidates in the available spots within the universities. In reality, JAMB was and, in my opinion, still is an official medium for the implementation of a quota system of admission into higher institutions of learning in Nigeria.


Prior to 1978, there were only 13 Federal Universities in Nigeria and each conducted its own entrance examination and admitted its own students.


The military regime at the time setup a commission that concluded that having higher institutions conduct their own admission processes amounted to a lot of wasted resources and unnecessary financial difficulties for the average candidate. In an attempt to address the problem of wasted and uncoordinated resources on the part of higher institutions, alleviate the financial burden for candidates and their families, as well as address what they perceived to be educational inequities in Northern Nigeria, the military leader at the time, General Olusegun Obasanjo, enacted the JAMB decree to implement a system of admission of applicants into Nigerian universities based on a formula that could arguably be called a “state-of-origin university admission quota system.”


Under this system, university admission was based on a formula that apportioned admission percentage to prospective candidates partially by merit and largely by state of origin. Specifically, 40 percent of admissions was based on merit (i.e., purely on a combination of secondary school examination results and the results of the JAMB’s entrance examination to the university); 20 percent was based on Educationally Disadvantaged Status (i.e., applicants from an area historically designated as having low educational output); 30 percent was based on what is referred to as “Catchment Area” (i.e., applicants from the immediate vicinity of the educational facility); and 10 percent was purely by Discretion, (a catch-all phrase for basing admission on the individual circumstances of the applicant as well as an allocation for faculty/staff).


In essence, the university admission formula was instituted to boost the admission into higher institutions of learning for Northerners who traditionally had not been interested in going to school. Standards of entry into universities was lowered to favor the Northerners and continued to be lowered, which arguably has contributed to today’s dismal standard of education in Nigeria’s institutions of higher learning.


Suffice it to say that competition to gain admission into universities was fierce, especially for applicants from Imo State (which is one of the states in the Eastern Region of Nigeria), where there were fewer institutions of higher learning. Although Imo State (at the time, Imo State was comprised of the present day Imo, Abia, and Ebonyi States) produced more university candidates and more university graduates than any other state in Nigeria, the State had fewer universities to absorb all those potential candidates coming out of secondary and higher schools. While secondary schools prepared students for the Ordinary Level (O-Level), higher schools were post-secondary institutions that prepared students for Advanced Level (A-Level), which earned the A-Level students direct entry into universities. In comparison, higher schools then were the equivalent of two-year colleges in America but have since been phased out of the Nigerian educational system. Coming from Eastern Nigeria compounded the problem of admission for me because more than 50 percent of all student applicants for a university admission came from the Eastern region.


The number of admissions was limited and each year, new applicants, freshly out of secondary and higher schools, were added to the pool of eligible candidates for university admission, further diminishing the chances of gaining admission as years passed. Having already spent almost two years waiting for admission, it became clear to me that my best option was to look elsewhere overseas, preferably the United States of America, before it was too late. So, I made up my mind to travel abroad to America even though it would cost a lot more and my parents did not have all the financial resources required to sponsor such a venture.

When Boniface Nwugwo left his hometown in Eastern Nigeria in 1980 to study in America, he had only $4600 to his name for his tuition, his faith in God and an unquenchable thirst to succeed in America. In this revealing, inspiring and compelling memoir, Boniface with uncompromising candor, tells his story of courage, insurmountable struggles, and triumphs that he and many West African immigrants faced before and after coming to America demonstrating that you can reach your dreams if you persevere.


From modest beginnings as the son of a teacher in his native Imo State of Nigeria, Boniface Nwugwo overcame poverty to distinguish himself as a brilliant academic and achieve a respectable career in the information technology industry.


Through his story and the sample stories of other West African immigrants, America’s promise as land of immigrants with infinite possibilities are rekindled in this self-revealing and self-fulfilling book.

Boniface Chibuzo Nwugwo was born on February 16, 1960 at Alaenyi Ogwa, in the Mbaitoli Local Government Area (LGA) of Imo State (part of what was the Eastern Region) of Nigeria. Popularly known as B.C. (as his parents refer to their children by their initials), he is the third of nine children born to Juliana and Christian Onwezi Nwugwo. His father, a retired elementary school headmaster, and his mother, a retired seamstress, live part-time in the United States, and part-time in Nigeria.


Boniface attended different elementary schools in Mbaitoli LGA due to the fact that his father as a teacher moved from school to school. He attended Obazu Community Grammar School Mbieri in Mbaitoli LGA of Imo State, graduating in 1978. After graduation from secondary school he spent 18 months working for First Bank of Nigeria while waiting to gain admission into a university. After almost two years of waiting, he travelled to America to pursue his post-secondary education even though he did not have all the resources required to make such a trip.


In 1995 he relocated with his wife to the Washington DC area. He continued to work and go to school until 2003 when he completed a PhD program in information technology management from Capella University, Minneapolis/St Paul Minnesota. Boniface and his wife and their four children live in Maryland.