by William A. Luke 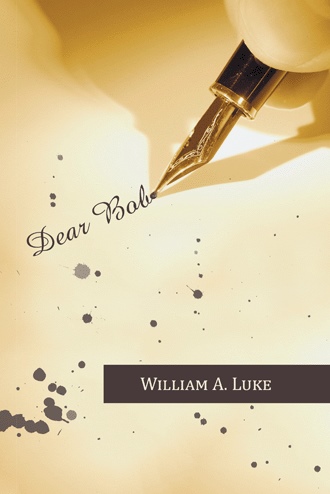 WWII December 7, 1941. I was in middle school. We were in the front yard—the Kurtz brothers and me—playing football or something. It was a Sunday. My dad came outside and told us that the Japanese had bombed Pearl Harbor and we probably would be going to war. Now, I knew all about Pearl Harbor. I had studied it in school. And I knew what was happening in Europe—war had been going on for a few years. But I was just a kid, so it really seemed far away. This seemed different, though. I knew that we were going to be getting involved in the war, and that at some point I’d be going into the service. We all knew that. When the recruiter came to Iron Mountain High School, I had to decide which branch of the service I wanted to join. It was inevitable—you joined the Army, Bob. I decided on the Navy—I figured I’d at least have a bunk on a ship and wouldn’t have to sleep in some cold, wet foxhole in France. So I signed up for the Navy. It was 1943. The war wouldn’t be over for nearly two more years, but we didn’t know that at the time. I was sent to Great Lakes for training as a Pharmacists Mate—medical corpsman in the Army, but we were called Mates in the Navy and Marines. My boot camp was probably a lot like yours, Bob. I learned to shoot a rifle. I also learned how to save a man’s life in the field. That was my main purpose—stop the bleeding and save lives. I got my orders. I would be part of the Seabee’s, who were being sent to the South Pacific to build hospitals in the Philippine Islands. It was all in anticipation of the invasion of Japan. It was estimated that the US would lose 1 million men in the invasion, and corpsmen had a mortality rate of 94%. I didn’t much care for the odds, but I knew I had a job to do. We reached the island of Sumar. When we got there, there wasn’t anyone to meet us at the beach. It took about a week for us to unload and unwind. The Japanese had just left when they saw the approaching US Navy. We literally landed on one end of the island and the Japs left from the opposite end. They had taken over the island and were fighting the Filipinos, who were, as you know, under the protection of the United States. We gained that territory after the Spanish-American War in 1898, so it was the duty of the US Navy to fight the invading Japanese—they were on US soil. And they left when they saw the fleet coming in. The Filipino people were very glad to see us sailors. They welcomed us into their villages and allowed us to take part in their festivities. One of those festivities occurred on Friday nights. Entire families would gather in the town square. Remember, there was no electricity; they had big oil torches and lanterns set up so we could see. And then the dancing started. Now, the women didn’t dance—it was all young men who performed, with the village women cheering on along the sidelines. It was pretty amazing. On one end stood two guys, parallel to each other, each holding a long bamboo log, about 4 inches in diameter, about 12 feet long. These were trees! The guys started clapping the logs together as another dancer jumped in the center, in between the claps. If he didn’t get out in time, he’d get nailed by the logs! These guys had really huge ankles, as you can imagine. I’m glad they never asked us to give it a try.

This is a story of a life; actually, it’s the story of multiple lives. To truly understand each tale, you have to go back to the beginning. And that beginning takes you to Iron Mountain, Michigan, where I was born on December 20th, 1924, the second son of Clyde and Permele Luke. The “Bob” in the letters is my older brother, Dr. Robert C. Luke. Two years older than me and twice as cocky, Bob and I had a love-hate relationship. Writing to him as I did was my way of telling him about the things that were happening in my life, but also a way to reminisce about the things that I experienced and wished to remember. Much of the book centers around the events leading up to my wedding. Meeting my wife of 63 years, our courtship, the wedding from hell, the years in between, and ending with our separation in 2012 when Beverly passed on, is the cornerstone of my life story. But there is so much more, so much that happened before Bev flipped off the big black bear (read on!), so much that occurred prior to our having to deal with Bridgers and red necks in Florida. World War 2 had a profound impact on my life, as it did on every American who is part of the “Greatest Generation.” Putting my recollection of my time on the island of Sumar in the South Pacific on paper has allowed me to contribute to our country’s story. My history is the history of thousands of other sailors who were tens of thousands of miles from home, fighting a war and wondering when we’d get to go back home. My wish is for everyone who reads this book to smile, and remember their own life story, and enjoy mine.

William A Luke was born December 20, 1924 in Iron Mountain, Michigan, the second son of Clyde and Permele Luke. Bill began compiling copies of his letters to his brother, Bob, over a period of 20+ years, and decided to publish his work in 2012 after the death of his wife of 63 years, Beverly. Bill had a little assistance with this task; his youngest child, Elizabeth, transcribed the letters and musings and put it into a readable format. Bill currently resides in both Walhalla, SC, and Mooresville, NC, and is looking forward to writing a sequel to DEAR BOB in the coming year.