The Sky and the Sea 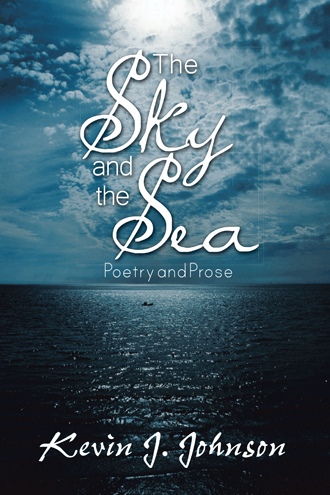 "Neptune's Hand: Ode to Elaine Morgan" Was it chance or destiny, That caused such originality? To make Neptune move his hand, And pluck a frightened creature from the land. To hold it in his fist so tight, And shake it with such surging might, So as to loose the hair from skin, And make it to the dolphin, kin. With it's head still poking out to breathe, Above the surface of the sea. It's mind still fixed upon the land, It's toes digging into the shifting sands. It was here it learned to sound, and talk. And here learned how to, on back legs, walk. It was here it learned to float and swim, And here it's body became less trim.... The rest of this poem is contained within the book, along with many others.

“Back to the sea,” someone said, and many agreed, so they went. Forsaking the land, they stepped cautiously into the waters, like newborns opening their eyes to peer at the world for the first time. What they found was a world that itself, seemed to be alive--shifting and swaying like some gigantic animal. And it was here they found their new home among the rocks and coral, the fish and fauna. Flowing through the water’s veins, they quickly became woven into the sea’s intricate pattern. But they never forgot those who had stayed behind. And they longed, one day, to be with them. “Such gorgeous imagery is affecting and evocative...” -Clarion Forward Reviews “A slim but powerful debut collection of poetry...” -Kirkus Reviews

Kevin J Johnson studied history, English, poetry and creative writing at the University of Wisconsin--Superior and the University of Wisconsin--Eau Claire. His poetry has been published in "Wisteria: The UWS Literary Journal." He has also been published as a guest editorialist at the Eau Claire Leader Telegram, and currently writes online as the Eau Claire County Progressive Examiner. He is originally from Rice Lake, Wisconsin, and currently resides in Eau Claire. This is his first book.