Inside the World of Mirrors

The Story of a Shadow Warrior 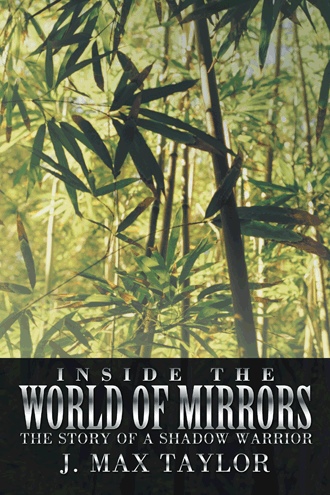 There is a special world deep inside of the U.S. Intelligence community that was has been referred to as the “World of Mirrors”. It never officially existed, but was there hidden behind so many mirrored reflections that it could never be see or found. This book will take you on a short journey and go “Inside the World of Mirrors”


From 1968 to 1976 a series of Special Intelligence Operations were run. The stories of the missions in this book have no written record to verify them. In addition, no agency of the United States Government will admit to any knowledge of any of these activities or operations.


The following chapter titles will demonstrate the diversity and drama of living inside an organization that did not officially exist.


Chapter 3 The Technical Side of War


Chapter 6 The Color of Life and Death


Chapter 7 Who Let the Bureaucrats Run the War


Chapter 9 A Visit to an Irish Pub


Chapter 11 Dancing in the Shadow of the Vatican

In these chapters you can find out how the Hottest “Cold War” was actually fought. It has been called a “Riveting Can’t Put It Down” Book by a number of military veterans.

This book is about the unseen Shadow War that occurred between 1968 and 1976. It was written to honor those who served our country and didn’t come back. They may have been ignored or denied by the “Powers That Be”, but they will live in my heart and my nightmares as long as I live. The profits from the sale of this book will go to help homeless veterans. Reading this book will open a new world for you -- The world of Special Intelligence Operations. From Viet Nam to Cambodia to Laos and North Viet Nam the action will show you why so many veterans from the Viet Nam War have PTSD. The potential for recurring nightmares will be apparent. Next you will take a trip from Libya to Spain to Italy and Romania. You will find out that the war against terror did not start in 2001. The following sample will demonstrate what Inside the World of Mirrors is all about. In 1974, I met and was briefed by a “Mr. Martin”, a high level individual from the American Embassy in Rome, Italy, on an operation to insure that a particular individual would not continue funding communist political activities in Italy. He was a bag man for the KGB. It was less than two months until a very important election was to take place. He was spreading money around to help the communist political candidates get elected. I was simply told “Make Him Stop”! They gave me carte blanche to get it done. Anytime in the next seven days would be just fine. This was only one of the 83 missions ran by a Special Intelligence Operative code named the Iceman

J. Max Taylor was born in Oklahoma City, Oklahoma in Feb 1948. He was an only child and led a normal life through high school. He received his draft notice in late 1967. When he reported to the draft processing center he went through all the normal physical and intellectual testing that every draftee went through. At the end of all the testing, he was taken aside and offered a special position in military intelligence. If he accepted, he would have a three year commitment to the U.S. Army. He accepted the offer, and in doing so he changed the course of his life. He was trained in special intelligence operations activities, attached to special duty with another organization, and was sent to Korea as an intelligence editor. From this point forward, till 1976, his book, Inside the World of Mirrors tells the compelling story of a world that very few people knew existed. He was medically retired in late 1976. From that time on he has lived in a world of recurring nightmares. The memories of the bad things that happened were never forgotten. He returns every night to the horror and terror that he had experienced. At that time there was no name for his condition. Now it is known as Post Traumatic Stress Disorder (PTSD). He still is under care by the Veterans Administration for these problems to this day. He went on with his life to become a successful businessman doing business all around the world. In 2000 an accident aggravated the PTSD. Part of the Veterans Administration Program he was in was Psychological Counseling. He was told to write down his experiences, and read them over and over to help deaden the pain and suffering. “Inside the World of Mirrors” is a result of this process. Today he lives in Phoenix, Arizona with his wonderful supportive wife Dorothy.