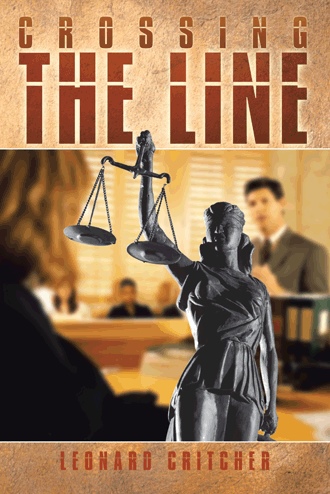 Chapter One Sophomore Chris Carter stared at the door leading to the hallway outside his room in the men’s dormitory suite and knew it was time, past time, for him to leave and face the day ahead. The anxiety he was feeling was minimal but still was having an effect. There were two issues that were the cause of the incessant rumbling in his intestines. The first would surface soon enough; he had overstepped his bounds and violated fraternity protocol. The second situation would come to a head later that night. As he stepped toward the door he took a deep breath and found it had little effect on the rumblings. The flurry of activity in the three story courtyard gave the appearance of a well choreographed musical. The preponderance of green tee shirts, emblazoned with the Sigma Sigma crest, were a stark contrast to the Georgian brick façade of the dormitory. Chris looked down from outside the room he would share with his former pledge brother, John Allenby, and smiled at the futile attempts of the other two fraternities. It was move-in day, and the courtyard, halls and stairwells were packed with wide-eyed incoming freshmen, a few transfer students and concerned parents being basically ignored by their offspring. The Sig Rush Chairman had spent the bulk of his free time during the summer following the tried and proven methods of his predecessors. Each year on fall move-in day all first year Sigma Sigma initiates would don their lookalike fraternity tee shirts. Under the pretense of welcoming the new arrivals to college by helping them get moved into the dorm, they would begin the selection process for new pledges to supplement the eighteen from Closed Rush. Desirables would be invited to the fraternity house that night; those deemed unworthy would not. John Allenby smiled broadly as he waved at his new roommate from the ground floor of Cline Dorm. The green tee shirt he was wearing was identical to those worn by the sophomore Sig actives except his did not have the fraternity crest on the front, only the words, Sigma Sigma. Chris returned the wave and thought back to the events only three months removed but that now seemed an eternity ago. His fists clenched involuntarily as he envisioned the always cocky Tidwell McIntosh, the Sig active who had made life a living hell for his friend and former pledge brother. He shuddered every time he thought about his distraught and drunk friend teetering on the railings of the Texas Street Bridge, a hundred feet above the swirling waters of the Red River, ready to end his life rather than face a future of humiliation, humiliation from not only being blackballed but from what he had been forced to do. Chris remembered his promise to his friend, a promise that had kept Allenby from hurling himself to a certain death. He was still perplexed about the rapid chain of events that unfolded after his phone call to his freshman year roommate, Jimmy Lawrence. Knowing he had to do something but not knowing what or how, he had called Jimmy as soon as he had arrived home for the summer. His debate trained mind carefully related the sequential order of what had happened in the course of less than twenty-four hours. Chris and his debate partner and close friend, Ted Ambrose, had gone looking for a missing Allenby, who had left what was basically a suicide note on his bed. It was the last night of the spring semester, and their search ended downtown as soon as they saw the multitude of police cars cordoning off the bridge spanning the distance between the cities of Shreveport and Bossier City, Louisiana. Chris had told Jimmy of his promise to Allenby and his physical attack on McIntosh, fueled by the unspeakable sexual acts forced on the vulnerable pledge in exchange for a promise of initiation, an initiation that would not come because of the single black ball, cast secretly by McIntosh. Jimmy had responded only that he would see what he could do and had added emphatically that they were never to speak of this again. 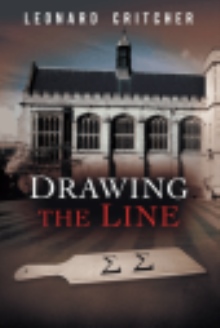 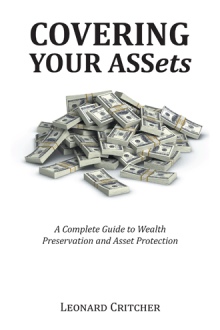 Powerful, covert forces gently weave their way into the life of college sophomore, Chris Carter, whose successes are accelerated when he realizes that abandoning his stringent moral upbringing yields not only increased power but the attainment of what becomes most important to him. Hidden beneath his outgoing personality, athletic good looks, and natural leadership skills is a razor sharp mind that he uses to turn a small Louisiana campus into his personal fiefdom. His admittance into a clandestine fraternity inner council opens the door to much larger forces that secretly control the country’s business and professional worlds and the politics that answer to them. Crossing The Line is the second novel in a trilogy, picking up where the widely aclaimed Drawing The Line stopped, leaving readers anxiously awaiting for what will happen next to the splendid cast of characters. Highly sensual and fast moving, Crossing The Line tracks the meteoric ascent of Chris Carter from the campus of Centenary College to Harvard Law School and back to Shreveport, where he joins the city’s most prestigious law firm. His innate and developed skills, combined with his learned propensity for doing whatever is necessary to win, prove invaluable as he becomes embroiled in a medical malpractice lawsuit. Enhanced by the unknown forces he becomes a part of, it takes a combination of every skill in his possession to meet head-on the power of the medical establishments in north Louisiana and Atlanta as well as one of the richest corporations in the world.

LEONARD CRITCHER is married to his college sweetheart, Mary Tullie (Wyrick), from Magnolia, AR. They are the parents of two sons, Merritt and Len, claim daughter-in-law, Kimberly Lynn as their own, and have three grandchildren, Carson, Sailor and Luca Claire. They divide their time between Dallas and their home at White Bluff Resort. Leonard is the author of three nonfiction books, numerous professional articles and is a frequent platform speaker. Crossing The Line is his second novel.