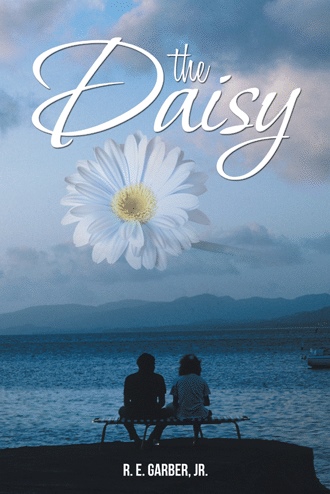 Beth felt the contact and pressed her tongue against his. Ben’s head was spinning as he pushed his tongue deeper into her mouth. Now they were exploring each other's mouths, their tongues doing a dance as old as time immemorial. Suddenly, he became aware of pressure in his groin, finding it uncomfortable lying on the ground in this position. He shifted his body to one hip, then the other, until finally moving his body slightly away from her to relieve the pressure. "What's wrong? Is someone coming?" "No nothing is wrong and no one is coming. I just feel funny." "I do too~~~and I'm so hot! Feel my face." Ben touched her forehead, then her cheek and found they were flushed and felt hot to the touch. As he touched her face, Beth reached out and touched his cheek and noticed he felt hot as well. "Gosh, you're hot too!" she said, surprised at the sound of her own voice. "I had my tongue in your mouth~~~I think that is a French kiss." "Yeah I think so. Mine was in yours, too. Wow! That really made me dizzy! Want to do that again?" he asked. "Yes, let's do it again." she said excitedly. Ben leaned forward, cupped her face in his hands and gently brought his lips down to hers. Their mouths opened slightly at first, then wider. Beth's tongue entered Ben’s mouth first and he received it by gently sucking it in further, running his tongue along the side of hers. His head was spinning wildly as he felt her shaking in his arms. He released the suction and she withdrew her tongue, with his tongue following hers back into her mouth. Beth then applied the same suction, flirting with Ben's tongue as he had done to hers. Finally, he removed his tongue and finished the kiss in a more conventional way, with a series of light tender kisses, leaving him breathless as he pulled away. Beth’s body was trembling uncontrollably; her face appeared much differently than he had ever seen it before. Her eyes were glazed and her voice shook as she said, "Ben~~~I think I bit your tongue~~~did I? Ohh, I didn’t mean to~~~I’m so sorry! I love you, Ben!” He was shaking too, not fully understanding what was happening to them. “No, you didn’t bite me, but I just about didn’t get my tongue back out in time” He clearly wanted to do more~~~something~~~but what and how. "I love you too Beth. I think~~~I think I want to make love to you but,” he paused almost too embarrassed to continue, before finally adding, “I don't~~~know how." Beth touched his cheek, smiled and replied, "Ohh, I think we have to take our clothes off, but I'm scared. I think we better go back." "Yeah I think you're right. I've heard some older guys say some things, but I don't know if it is right or how to do that. Yes~~~we better go back." As Ben got up and reached back to help Beth up, she was looking right at his crotch and asked, "Oh Ben! Did I do that to you; does it hurt?" "On no~~~it's nothing,” he stammered, “It just does that sometimes." His face was bright red as he added as an afterthought, "Yes, it was you~~and what we did. But it doesn't hurt, it just feels kinda crowded and tight~~~ I’m~~~ I'm sorry." "No, no, don't be sorry. I'm glad that happens to you with me. I hope I can always do that to you."

Two young teenagers share their first kiss in Midland, Michigan in the fall of 1955. As new unfamiliar emotions are surfacing, Beth’s family is uprooted and suddenly moved; her whereabouts unknown to Ben. An unsuspecting Facebook message from Beth to a common friend connects the two of them over half a century later. Although the distance between them is great, they decide to meet in Indianapolis. Their meeting awakens the desire they felt all those years before, again sharing a kiss that moved them both the way the first did many years before. They arrange a second meeting on Mackinac Island, Michigan. The dilemma our lovers face is finding their bodies unable to match the fire burning in their hearts. Have the years of abstinence taken its toll on Ben? Can Beth turn back the clock and reclaim those lost years? Can a lowly daisy be the instrument to bring back the memories in all the glorious detail? Or will it destroy a new and budding relationship?

Mr. Garber is a retired Electronic Technician, married for fifty-one years with two children, four grandchildren, six great-grandchildren and another on the way. He has written various short stories, but never published. After urging from his family, he decided to write The Daisy, his first full length novel. He resides with his wife in Pekin, Illinois.