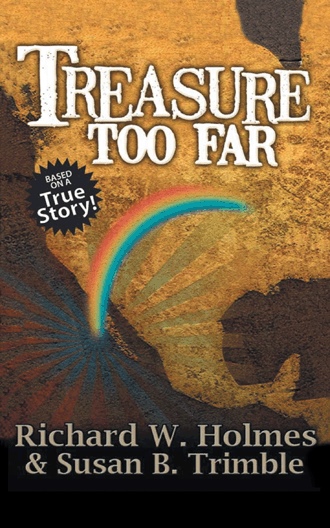 "Captain!" yelled Manuel, one of the two guards Eric had hired for this trip. "What is it?" replied Eric. "On your port side! Ten o'clock! There's a small boat with six people approaching very fast!" "Get Deigo! When they are in range each of you fire two warning shots in front of their boat!" "I, I, captain!" The boat continued straight for the Explorer. Once within range both Manuel and Deigo got off two shots at the small boat as Eric had ordered. The boat did not slow down. Eric had his binoculars up and was watching the craft. "Alright, see if you can take out that search light on the top and to the right of their boat." Manuel and Deigo were both expert marksmen having spent a considerable time working for US customs on border patrol between the US and Mexico. They each got off one shot and both hit its target. The small boat slowed, made a large circle and went back the way it came. "Good shooting boys! I'll call the Mexican Coast Guard and inform them of as to what has happened. Thanks for being on the lookout!" Deigo replied, "That's what you put us on this ship for." All the shooting brought everyone on board to the center of the ship. Eric reported. "Well, thanks to our lookouts, everything is fine." A big cheer went up from the crew. Eric radioed the Mexican Coast Guard who informed him that there was a pirate group working the area that recently stopped two small fishing vessels and stripped the people on board of anything valuable. The coast gurard said the men were armed but did not harm any of the passengers. 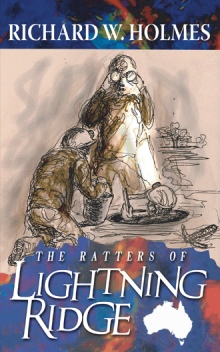 This is a story surrounding a geologist who struggled all his life to become financially free by working on only one project. The story begins on a ship off the continental shelf in the Pacific Ocean in Mexican waters. The ore body is found not to be a profitable venture, however the geologist continues all his life to try and market the project to some big mining company. A love story begins between the ship's captain and a lady geologist on the ship. Years pass and life goes on as they all struggle to become rich.

Richard Holmes spent over 35 years in corporate America holding various financial management positions. He was a licensed certified public accountant during his corporate career and was instrumental in launching startup companies in both the mining and manufacturing industries. In retirement, he spends his time writing books both fiction and non-fiction that relate to the many ventures he has been involved with during his lifetime.