This Was No Coincidence 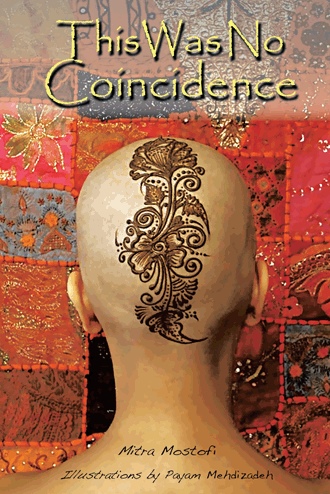 Preface To Write Is My Right After experiencing a sixth intense lifeshock, I started journaling my thoughts and emotions throughout my own cancer journey. The amazing woman who diagnosed me inspired me to collect my thoughts into journal entries that might one day help other young women diagnosed with breast cancer. As cliché as that sounded, I accepted her heartfelt request with all admiration to her and faith that my experience would help her daughters one day. This book wouldn’t have been completed without her motivation and would not be complete without a synopsis of her own inspiring story. Dr. H’s mother was diagnosed at 35 and died of metastatic breast cancer at 44. When Dr. H was in her third year of medical school she found a lump in her breast. Her doctor said it was nothing to worry about and that it was most likely fibroadenoma. This is a common diagnosis told to young women, the same one the doctors had told me. Dr. H had a professor look at her slides without identifying them as hers. The professor remarked that the slides resembled the breast biopsy of a 45-year-old woman with atypical hyperdisplasia and that in two years that person would most likely get breast cancer. Based on her knowledge and experience, Dr. H was determined to get a double mastectomy. She was 28, and at that time it was unheard of to do a radical removal for preventive purposes. She bypassed the stigma and the mindtalk that she would become a spinster. She is now happily married and has six children. Her story doesn’t end there. In 2005 her husband was diagnosed with breast cancer. Yes, men get breast cancer. They fought through the cancer successfully. Later testing showed that both had the BRCA2 gene mutation for breast cancer susceptibility. Of their six children, five are female. Of the five females, one carries this mutation. BRCA2 is only a gene that shows as a marker for the risk of breast cancer. Dr. H will never know whether or not she definitely would have had breast cancer; however, her fight to survive against all odds is a profound example of the courage to live. Studies have shown that writing is therapeutic. Not typing, or having someone else transcribe for you, but the actual process of pen-on-paper writing. Writing can bring truth and clarity. It was no coincidence that Dr. H insisted that I write a book about my truth awakening journey with cancer.

It is no coincidence that you have come to this page—call it a page in your life, a chapter, an entire book. And that's what this is: an entire book narrating a journey through thought-provoking human emotions that make or break our lives. If you're ready for the truth then you're ready to practice living truthfully. If not, simply turn away and deny that this event ever happened. If you're still here, then perhaps you agree with me that events in our lives are "no coincidence," that they are lessons we can learn from...that our greatest sufferings can be our most profound courses in life.

As if developing prenatally inside a Stage III breast cancer placenta during a war with Iraq weren’t enough, the author of this book narrates her journey on what it takes to also survive an identity crisis as a white immigrant raised in a non-affluent black neighborhood, not rich enough to be cool enough with her royal like ex-pat family. She’d had many life-altering events, but it wasn't until she reached a quagmire of life-and-death thoughts through her own journey with breast cancer at the age of 27 that she found the courage to set out on a self-awakening path.