A Tale of Sex, Drugs, and Rock and Roll 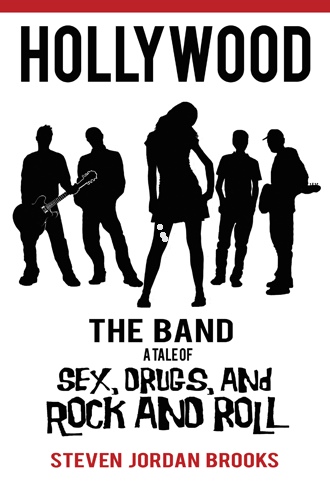 HOLLYWOOD is a fictional rock band in the 1970s attempting to procure a record deal in the midst of cultural, political, social, and historical changes while dealing with their own issues, beliefs, and pasts. It is an epic tale of hard work and commitment that chronicles the hardships they must endure, the obstacles they must overcome, and the lessons they must learn. It reveals the inner workings of the music business and what it really takes to make it. With a keen sense of time, place, character, and events, it reflects the cultural shift and changing attitudes that defined a generation and influenced generations to come by interweaving issues ranging from sexual attitudes, the drug culture, racial and civil rights issues, politics, women’s issues, gay issues, the Viet Nam War, organized crime, alienation, dysfunctional families, and violence. It is a true Hollywood story, where success or failure is often a matter of talent, luck, and sacrifice.

Steven Jordan Brooks turned his passion for music into a career. A classically trained musician, he transitioned to rock as a performer before moving to management and production. He left the music business to become a teacher, mostly of English and drama. A native of Los Angeles, he lived there until he retired to Palm Springs.