A Guide to the Two-Party System 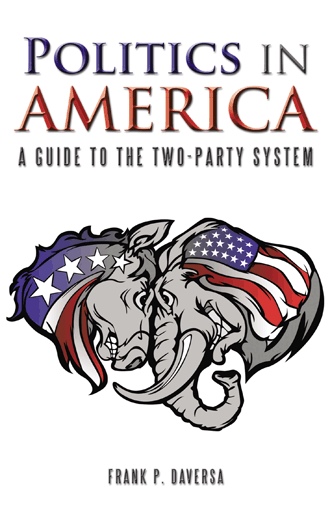 Few Supreme Court decisions have impacted the electoral process more than Citizens United v. Federal Election Commission in 2010. In a 5-to-4 ruling, the court “held that the First Amendment prohibited the government from restricting political expenditures by corporations and unions.” More specifically, the ruling states that a “provision of the Bipartisan Campaign Reform Act (commonly known as the McCain-Feingold Act) prohibiting unions, corporations and not-for-profit organizations from broadcasting electioneering communications within 60 days of a general election or 30 days of a primary election violates the free speech clause of the First Amendment to the United States Constitution.” As Wikipedia explains, “Citizens United has often been credited (or blamed) for the creation of ‘super PACs,’ political action committees which make no contributions to candidates or parties and so can accept unlimited contributions from individuals, corporations, and unions… In addition to indirectly providing support for the creation of super PACs, ‘Citizens United’ allowed incorporated 501(c)(4) public advocacy groups (such as the National Rifle Association or Sierra Club, or the group Citizens United itself) and trade associations to make expenditures in political races.” Super PACs can accept unlimited contributions from domestic or foreign donors without having to disclose their names. In effect, this blows the campaigning process wide open: corporations and wealthy individuals with very deep pockets can donate any amount they choose to a super PAC. Such contributions dwarf those made by ordinary citizens; for example, one large corporation donating $10 million to a super PAC has the buying power of 400,000 individuals donating $25 each. Democratic Senator Russ Feingold, a lead sponsor of the 2002 Bipartisan Campaign Reform Act, spoke out on the ruling: “This decision was a terrible mistake. Presented with a relatively narrow legal issue, the Supreme Court chose to roll back laws that have limited the role of corporate money in federal elections since Teddy Roosevelt was president.” Representative Alan Grayson, a Democrat, called it "the worst Supreme Court decision since the Dred Scott case” and said that the court had “opened the door to political bribery and corruption in elections to come.” , A ThinkProgress.org report provides an example of this monetary imbalance: “2012 GOP presidential favorite Mitt Romney has been receiving the support of the Restore Our Future Super PAC. Restore Our Future has been using its millions of dollars to run misleading advertisements about Romney’s opponents. NBC has noted that Restore Our Future is ‘by far the best-funded of the super PACs backing presidential candidates in the 2012 election’… The financial industry loves Romney since Romney is both a former financial executive himself, and wants to repeal the Dodd-Frank financial reform law.” Why is the financial industry putting so much money into Romney’s campaign? The answer is simple: return on investment (ROI). It is banking on a Romney election leading to the deregulation of Wall Street. The millionaires and billionaires funding these super PACs are also counting on the following ROIs: • Tax cuts for the wealthiest Americans; • Environmental deregulation—new threats to clean air and water; • Defense contracts—protecting the Pentagon spending budget; • Corporate welfare—protecting government subsidies for corporations; • Wall Street deregulation—repeal of the Dodd-Frank law; • Limiting jury award settlements—protecting corporations from being sued for wrongdoing and running over consumers; and • More oil drilling—even though the country is already drilling now more than ever. The financial industry knows that if Romney gets elected, he will preserve their financial interests regardless of what benefits the rest of the populace. Citizens United has greatly magnified the battle between the top 1% and the bottom 99%. In effect, control over the election process has shifted away from the voting public to corporations and big-money donors. Millionaires and billionaires can now determine the outcome of elections if they so choose. This brings to mind a campaign poster formerly on the set of The War Room with Jennifer Granholm: “Elections that are for sale are not free.”

This remarkable book enlightens novice and undecided voters about politics in America. To start with, it describes the types of people who make up the two major political parties. Liberal to conservative democrats and libertarians to social conservatives are covered. Next, it discusses the parties’ respective histories, ranging from 1800 to the present day. Then it explains the ideologies of each, from social issues to economics to the environment. This is followed by a summary of landmark Congressional legislation, from the Glass-Steagall Act to the Affordable Care Act (a.k.a. “Obamacare”). Next, it provides terse commentary on issues relevant to the 2012 election, from taxes to abortion to national security. Lastly, it summarizes concepts every voter should understand before casting their vote on Election Day.

Frank P. Daversa was raised in South Hempstead, NY. It was during college that he honed his writing skills. Shortly after receiving his B.S. degree with a 3.96 GPA, Frank moved to Houston, TX. He worked 14 years in the corporate world before becoming a writer in 2007. Frank had his first web article published in 2008. Later that year, he began collaborating with author Joseph V. Franciosa on his recent novel, “Young Adolf: An Alternate History.” In 2011, that creative vision became a reality with the publishing of his first book. During that same year, he began writing his first work of non-fiction, “Politics in America: A Guide to the Two-Party System”. In 2012, his latest effort was realized with the publishing of his second book. Frank looks forward to publishing another non-fiction book about spirituality in the time that follows.