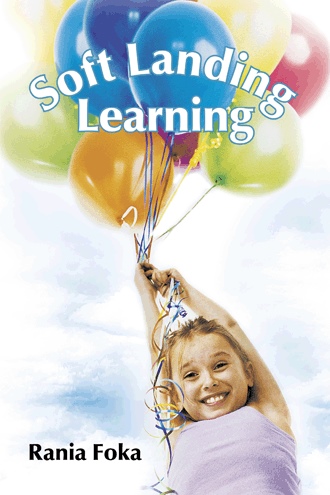 English: To learn or not learn The teaching of English has already been introduced in primary schools which should benefit our children’s language learning because English has been established as the global language of communication. In private schools young children start learning English as early as at the age of five or six, whereas in state schools they start learning at the later age of nine or ten years old. Whatever the case of our child is learning English is there. It could an exciting as well as a threatening experience for these young learners as well for their parents, regardless of the parents’ knowing English themselves or not. We, as parents tend to be overprotective with our children both physically and emotionally thus in some cases we transfer our fears to the young ones, depending on the learning experiences we had. In this book we are going to see how to take simple steps in order to facilitate the process of soft landing learning. We should also bear in mind that learning a foreign language broadens people’s horizons so the fact that early learning English has been introduced in primary schools can be beneficial to the kids from the point of view that helps reinforce the hidden message that everyone can do it. An excellent example of this comes from the Arab world where reactions differed among religious teachers, imams and students to the minister of Islamic affairs’ call for preachers to learn foreign languages. Noura Fadel, a religious teacher at a school claimed “We must cross over to other cultures to clear the misunderstanding and lack of communication that is happening between us and the world. Learning other languages will promote understanding and spiritual breakthroughs.” Whereas a lecturer from Muhammad University in Riyadh, keeping his anonymity said “Preachers and many religious figures think by learning a foreign language we’ll become susceptible to corrupt ideas from other cultures. Languages aren’t what they make us go bad.” Despite the contradictory views of these two people and many others’ the Minster approved of the language academy pointing out the demands of the labour market for English language skills in countless fields. (JEDDAH, 28 October 2004) Research in the United Kingdom has shown 10 “Position Statements” of why a foreign language should be taught in primary schools • Good age to start • Suitability of primary school environment • A country’s economy needs more people who can speak languages • Early fostering of international awareness of other cultures • More enthusiasm for life-long language learning • Enhance skills with their own language • Greater personal self-confidence • Help students with learning difficulties • Help children do better in exams • Help children in later careers • This particular list will be topped up and exploited in later chapters.

A practical guide for both parents and novice teachers for any language. A bit of theories of experts together with lots of practical ideas on how to play with children and what to do to make their learning more enjoyable and meaningful.

Rania Foka was a teacher for thirty-seven years. She worked for British Council, Athens, for the last eighteen years as a teacher of English and coordinator of young learners. She was also a teacher trainer for both young learners and adults. She was able to work for five weeks in England for Felsted School as a director of studies for their summer school. She has an RSA Diploma, Aston University Diploma of teaching English as a Second Language and MA in Education, Open University England. Rania has been writing since she was a child.