It Really Is That Complicated 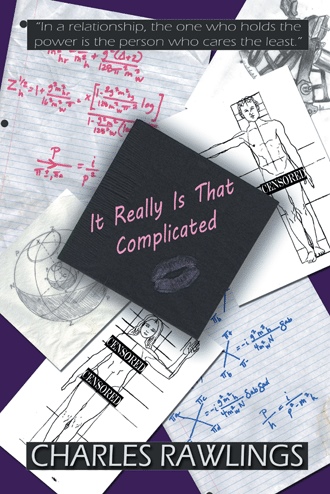 Chas Rawlings’s It Really Is That Complicated is an often personal, indeed intimate, and sometimes hilarious ride from start to finish through the byways and mazes of men’s and women’s relationships. He guides through the fits and starts—some of the latter false starts—that characterize the dating game, especially with modern-day dating services. He lays out what he calls the horrors of marriage in the degeneration of romance and eroticism into the battle of the sexes in more mundane but often deal-breaking power struggles over control, money, and property. He elaborates on Tolstoy’s notion that even this supposedly most sanctified of unions is a form of prostitution—women dispensing sex in return for material gain and security. At the same time, he asks good old Freud’s notorious question “My God, what does woman want,” since so many of them flee the very rewards they desire along with the generous, often attractive, and accomplished guys who proffer them. He takes us into what in Victorian times was dubbed “My Secret Life,” the alleyways of escorts who offer up not only sex but also the companionship and even the no-strings intimacy men crave. Well, for a while at least—until the courtesan gets conflicted and crazy herself. And, despite all of this mayhem, Dr. Rawlings urges us all, men and women, to take risks and hurl ourselves into the fray, implicitly asserting that it is better to “have loved and lost than never to have loved” … and lived.


“Good fun, a great read, and edifying to boot!”


Author, The Sadomasochism of Everyday Life


Coauthor of Tales of Love, Sex and Danger

Charles E. Rawlings, M.D., J.D. is the complete Scorpio, and as such, he displays all the qualities one would expect from a Scorpio. From complete loyalty to an inexorable drive for perfection and of course, the legendary Scorpio need for revenge, Dr. Rawlings exemplifies them all; and all are reflected in his writing, especially in his new book, It Really Is That Complicated. Born in Tennessee, educated at Duke (in more ways than one) and evidencing real world experience as honed by a marriage of 18 years, a successful neurosurgical career, and a successful law career, Dr. Rawlings is uniquely qualified to expound upon the human condition and male/female relationships. Following his graduation from Duke Medical School in 1982 and neurosurgical residency in 1989, Dr. Rawlings went on to practice neurosurgery with an emphasis on pain and its substrates. By doing so, he quickly became acquainted with the misery of the human condition. In 2002, Dr. Rawlings graduated law school and turned his attention to helping patients, victims, of medical malpractice. Through his legal work, Dr. Rawlings has gained particular insight into the world of human interaction and especially male/female relationships. His real world experience has been expanded by the practice of law and brought into sharp focus by his children and his divorce. No longer interested in or tolerant of the mundane, Dr. Rawlings looks for the exquisite, the amazing, the sensational experience, even in everyday life. You can find more of him on his websites: charlesrawlings.com; itsnothatcomplicatedbook.com; livingshells.com; and itreallyisthatcomplicatedbook.com.