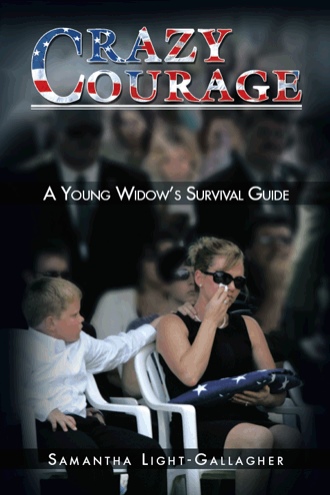 The day Mike died; one of our friends went to pick our oldest son, Quincy, up from school for me. When he came in he had a look of bewilderment on his face. His green eyes were big and distorted with concern. I took his hand and led him upstairs. His hand felt so small, like we traveled back in time and he was 2 years old again. As we walked upstairs, I knew the words I chose would be ones he would remember for the rest of his life. When we entered into my bedroom he saw my face for the first time. Before this, I had shielded my face from him. My children have always observed my facial expressions and I knew if he had seen it he would be panicked. What he saw on my face made the life seem to leave his eyes while concern filled them. I knew these words were going to strike him and pierce his little heart. I reached down and took both of his hands in mine. Now we were facing each other. I looked deep into his eyes and felt myself leave my body. It was like I was standing next to us watching this scene. The words poured out of my mouth. “Quincy, your dad was in an accident this morning. I am sorry but your dad has died.” He immediately looked confused, ripped his hands from mine and bolted out my door. I ran after him calling his name. I touched his shoulder and asked him to come back to my room. He came back. I said to him clutching his hands more sternly this time. ”Do you understand what I said? Your dad is dead. I know that it may seem I was too blunt with him, but I did not think sugar coating anything would serve any purpose for him at that time. Quincy turned onto his stomach and began to sob. He grabbed Mike’s pillow and sobbed even harder into it. I had seen him cry many times in his 8 years. But this was different. It was something I could not make better. I couldn’t kiss his scratch or give him any reason for what had occurred. For the first time I did not know what to do as a mother. I began to rub his back as he sobbed. I cannot say how long this lasted. Suddenly he sat up and turned the TV on. I think this was his way of tuning out what had happened for a little bit. We sat there in utter silence. As I sat there I knew what I had to do next. I needed to pick up my youngest son from daycare. I asked a friend to drive me. We got in the car and I cannot even remember our conversation. Maybe we sat there in silence. We pulled into the driveway of the daycare. My heart sank and all of the strength I had left in me had to be used to pull myself together. I opened my door, which seemed so heavy to me. I walked up the sidewalk and rang the doorbell. Rhyan’s daycare provider opened the door. I knew he had known what happened, because he had the same look of sympathy on his face as everyone else did that day. I told him I needed to get Rhyan. Rhyan came from the other room because he heard my voice. I snatched him up and gave him a hug. Rhyan was only two at the time and had no concept of what happened. I decided that I would not try to explain anything to him until he asked for his dad. Maybe this would allow one person in our family to feel normal for a little longer.

A wife and mother finds her crazy courage as she faces the unexpected unfamiliar life after her husband's untimely death. He was killed at age 32 by a drunk driver in the line of duty. She is faced with a decision between hiding under the covers or facing her new life as a widow. Through this journey she learns valuable life lessons that she wants to share with the world. With intimate details and anecdotal stories she hopes to encourage others to use their own crazy courage.

Samantha Light-Gallagher is an author, recent widow and a mother to two young boys. She is a member of the MADD organization and has presented material to law enforcement peer support groups on working with families during a tragedy and participates in trauma training. Samantha provides support to fellow widows and support groups. She grew up in a small town in Iowa and is now in the southwest with her two children.