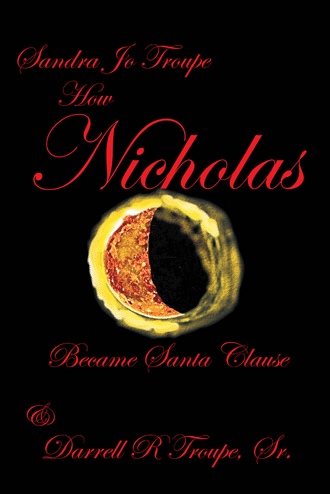 Christopher used force to slow Philly’s stride. But the scared horse bucked, sidled, and whinnied. Her footing unsure, she was moving much too fast. Christopher forcefully tugged back on the reins. “Whoa. Slow girl.” At the instant of Christopher’s command, Philly’s rear legs collapsed. She pitched backward, bounding onto her rump. Out of control, her rump rapidly glided, whizzing into an ice coated road trench. Whirling onto her side, her body spun, her legs flexing in like a scorched spider. The breeching, fifth wheel hinge, and rigging barely held. She shot off at a right angle to the side of the varda. The trailer flipped on its side, and swung around, skidding sidewise. Jamming, and crammed with rock, sticks, and ice, the wagon wheels stopped turning, the rims; axles, ground into the ice-laden road. Snow sifting through the spokes heaped up. Momentum acting on the leading edge of the roof forced the wagon to gouge into the ice. Over a declining length of the snow-choked road, it toppled down the mountain, smashing repeatedly against the road. Thundering as it hit, broken wood and ripped cloth tore away. The varda exploded from the repeated impacts, one third of the wagon careening further down the mountain toward a lake, the baby inside. Two thirds of the wagon whirled down the side of the mountain, personal belonging scattering, pots, and pans clanging. It came to rest by the side of the road at a thicket of trees. Except for the winnowing winds amid the destruction, all was silent, still. The shattered timbers and personal belonging scattered down the mountain road were swiftly covered by the blizzard. Snow quickly filled in the scared road as if nature wanted to hide the evidence, but it was not over. Compelled by the more than just the wind and gravity, the slide of the broken varda began again. Slowly at first, then faster and faster it shot down the steep road, the larger parts spinning on theirs sides. Independent of wind, the trees moved in accord. As if aware, their energies seemed purposefully focused on the shattered varda. Rigid snow clogged tree branches bent like straws, while branches, like rope, spiraled from the treetops. Thinning, twisting, whirling, whipping, the elongating branches shot across and down the road like harpoons. Wild flailing branches intertwined, knitted together to form a flying net. Dipping to the road. The mass of intertwined road branches formed a constantly regenerating series of barriers, nets across the road. They slammed transversely onto the roadway to catch the hurtling wagon. Sadly, each net was mere paper against the momentum of the massive pieces of wagon. They collapsed as tooth picks so fast as they formed, one by one. Coming to the aid of the branches, loops of ivy sprouted from the ground and tore down the road as if blasted from a nest of snakes. Loops of wooded tentacles rocketed over the blanket of snow, streaming down the road. Twisting ringlets of wood locked onto any piece they could. Joining hundreds of vines, the shoots weaved baskets and hooks for grappling the Varda and its occupants. Alas, the momentum of the heavy wagon shattered basket after basket, loop after loop, net after net. Careening downward toward the lake on its slide, a larger piece of the sliding wagon dropped into a slick road rut. The wagon lofted up. Having ramped from an upturn in the road, the fractured wagon shot skyward. In an arced trajectory, the varda flew over the bank of the icy lake, its streaming contents falling to earth. The wood debris descended to the water. Up the road, the front third of the varda still connected to Philly and her rigging, spun away into a ten-foot snowdrift at the edge of the road along a row of trees. Free falling, the front end crashed toward the lake, Christopher still tied to the bench. In the blanket, Margaret came down separately. Chattering in the outlying forest, startled birds in treetops, flushed to the air. Flocking high, they became protesting dots in the blue sky exposed by the waning storm. Both he and Margaret hit the frozen surface of the lake at nearly the same time, he at the center, and she at the edge near the bank. When they did—crash—shards of black water and ice recoiled from the lake. Upturned, the varda and bench seat rested upon an underwater cliff, just feet below the surface, and just above the blacker water below. Her body dashed, lay at the water’s edge. There she lay wedged against small water borne boulders at the lakeside.

A noble individual’s rise from humble beginnings and the struggle between brothers for dominance form two of the basic stories that attract people to literature and history, both personal and global. In How Nicholas Became Santa Claus, Sandra Jo and Darrell R. Troupe, a husband-and-wife writing team, invite readers to enter the world of Nicholas, a boy whose simple life on the farm takes a turn for the adventurous when he makes a discovery. As the only one who can prevent an evil prince from turning against his two brothers and seizing the crown in the wake of their father’s death, Nicholas discovers he has greater depths within himself and more potent connections to the magical Orphic Forest than he knew at the outset. Tapping these wellsprings of strength, Nicholas becomes the champion both of human and oddlings in his daring fight to restore balance and peace to his suffering world. If you find yourself drawn to tales of good vanquishing evil, of the lowly discovering unknown nobility within themselves, and of life in lands where the mundane and magical commingle, then How Nicholas Became Santa Claus will become for you a book that invites you to turn to the next page … and the next.

Sandra Jo Troupe, a certified medical assistant, and Darrell R. Troupe Sr., a medical doctor, have worked in psychiatry for three decades. Their devotion to writing poetry and stories stretches back to their years as children. They enjoy reading and writing science fiction and fantasy. Married, they live in Chicago.