Poetry For Those Who Are Hurting 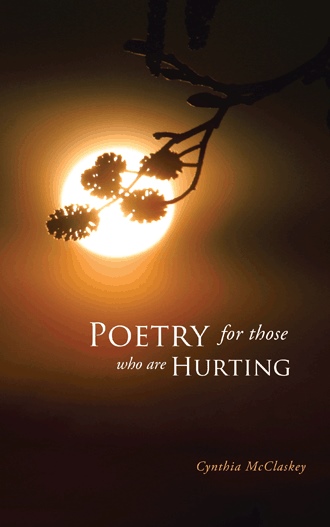 Religion’s Cell I am free from the shackles of bondage That had me bound in Religion’s Cell, For God’s Truth came to the rescue And released me from Religious hell. For me, there was a price to pay To be free from the shackles I wore. It meant leaving the Cell that confined Me To walk through Freedom’s Door. The Truth didn’t have opinions, No doctrines, dogmas or creeds. It only came armed with Facts That I had only to believe, The Truth revealed the tactics Religion used to lure me in And under the guise of Christianity Shackled this poor sinner within. Its cells are decorated with lies Poor sinners are taught to believe, Based on doctrines of Man, Not Truth and Grace and Peace. Control is the ultimate goal Religion seeks to attain To keep me bound in shackles, So Religion reaps the gain. For once I yield to its lies I’m locked in Religion’s Cell To live my life in bondage, Serving in Religion’s Jail. The Shackles Religion used Appeared to me as good, For I was told I would please God If I do thing things I should. Attendance to every service Was one of the Shackles I wore, For if I wasn’t faithful God’s curses were in store. Tithing to the church Was another Shackle I wore, For fear that God would hurt me, Bringing anguish in great store. Fear was the ultimate shackle; It had a choke hold on my life, And when I’d break free of a shackle, Fear brought pain and strife. Those bound in Religion’s Cells Are taught to ostracize Those who don’t believe Or question all the lies. Religion’s Prisoners are ready To destroy those who break free, Leaving them scarred and wounded, Bleeding on their knees. But God is good and Faithful To rescue those who see That Religion’s ways are evil And they truly can be Free. Free to break the shackles That in bondage have them bound, Free to serve him in Truth Without Religion around. I am free from the shackles That had me bound in Religion’s Cell, For God’s Truth came to the rescue And released me from Religious hell. 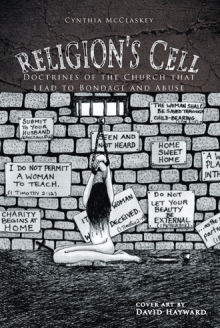 This book is a collection of poems that reflect: · the struggles that take place in a person's heart when all the foundations upon which they have come to rely are disintegrated; · the effects of religious bondage on the family relationships; · when everything a person has come to believe is found to be rooted in lies and doctrines of men, not truth. · when one's faith is challenged and all those that you thought were friends, become alien and even enemies because of doctrinal differences and beliefs. · the battles that rage in the mind when gossip and slander become prevalent in the church. And lastly, · how church leaders use their position as a cloak of righteousness to mask their evil ways. The message that is ultimately conveyed is that, despite all these things, we all go through difficult times because of abuse by others, the church, church leaders and close friends; but, God is always there to see you through. He will walk beside you when no one else will. He will strengthen and guide you even amidst a faltering faith. He will extend to each and every one of us his compassion, grace, forgiveness and love; while religion tells us we are castaways for leaving the church.

Cynthia McClaskey is a fundamentalist cult survivor that, during her time involved in a legalistic cult, and after exiting, used poetry and historical studies as a means of coping with the aftermath that ensued. Poetry and writing became the means that enabled her to de-brainwash and overcome the stronghold of an abusive church system and its false doctrines. She is also the author of Religion's Cell, a book that exposes the doctrines of the church that have led to the bondage and abuse of women and children worldwide throughout the ages.