THE CONTINOUS STRUGGLES WITH OFFENCES AND FORGIVENESS 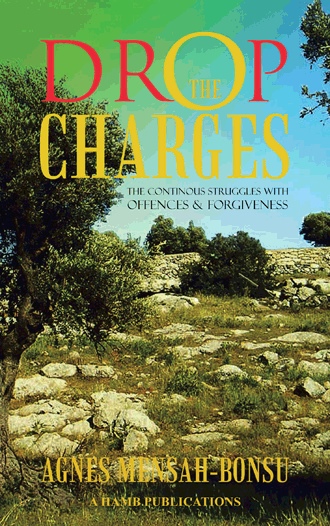 I had the opportunity to preach on a Good Friday in one of the Pentecostal churches in Ghana, West Africa. This was at the invitation of a dear sister and pastor in charge of Solid Chapel, Rev. Dr. Christy Doe Tetteh. It was on the occasion of her 50th birthday celebration and I was led by the spirit of God to share a message with the congregation on 'forgiveness'. As the message unfolded, it became obvious that a lot of people were listening with a heavy heart: deep resentment, grief and pain had swelled up in their hearts over the years as a result of some offences in the past. Interestingly, people had issues bordering on forgiveness. Many people were seen shedding tears after the message. About ninety percent of the congregation, including ministers and guest artistes, responded when I called people forward for ministry. The presence of the Lord was so strong that everyone that began to confess one offence or the other and asking for forgiveness. It was a lovely sight to behold as people hugged each other, exchanged apologies and asked for forgiveness from one another in a remarkable way. A remarkable sign of total reconciliation. There was healing, restoration, joy, peace and anointing flowing through the congregation . All of them identified with the saying of our dear Lord and Saviour Jesus Christ as He hanged on the cross exactly two thousand years ago on that sacred Good Friday: "Father forgive them for they don't know what they are doing." The message had such an impact that people stayed on till the evening service. Some participants even referred to me as 'aduro wura' a term in the Akan dialect which means 'the physician.' A man of God had this to say: "I saw the word like arrows piercing the hearts of the people. It was hard truth and that is the only thing that can set us free. " Testimonies that poured in the following day were quite refreshing. Let me share some of them with you. A young woman told me about the bitterness she had harboured in her heart over the years because of the unruly behaviour of her step-children. This woman was almost in tears as she made reference to a point I raised in my message, that: "people should treat other people's children, step parents and step children as their own. Since children who grow up without parental love become bitter and have a tendency of becoming a nuisance to the community. " According to her, the step-children were never content with whatever she did for them. They were so spiteful and ungrateful. So she decided to stop giving them food and was not on talking terms with them for a long time, even though they lived in the same house. This incident nearly ended her marriage; it brought confusion between her and the husband. However, she was touched by my life-changing message on forgiveness and decided to forgive her step-children. She off loaded the bitterness in her heart and gave peace a chance. This started a process of restoring the relationship between her and the husband. Also at the altar, an elderly woman wept bitterly as she narrated the ordeal she went through for seven years after being accused of killing her own son. Her son had died tragically and, to add to her woes, she was accused by her family of bewitching and orchestrating his death. At her old age, she was insulted, mocked, and rejected by the very people she needed most - her own family, and the community. Naturally, she could not stand the embarrassment of people pointing fingers at her anytime she went out. So she became confined to her room, harboured so much bitterness and felt deeply offended. She lived in a state of bewilderment and reproach until she finally found solace in the message of forgiveness. The old woman summed up her relief in a simple statement: "1 have been enlightened, given the grace to forgive and freed from the devil's clutches." The message came as a timely intervention because this old woman could no longer bear the agony. This could easily have hastened her death. She dropped the charges so that she can travel this earthly journey lightly, with no excess baggage. Furthermore, a young man told me that the word on forgiveness had delivered him from a possible tragedy. He had developed some deep hatred for his father and was planning to kill him. The only reason why he had delayed his plan was that he was unsure of the probable consequences of his action. This is what he had to say: "1 was thinking of shooting him. But I was afraid to be locked up in jail. It was all in my heart. " These testimonies mirror the horrible situations many people go through on a daily basis. Human as we are, getting offended is inevitable but the critical point is our approach or reaction to such situations. The consequences of some reactions have been disastrous. Some people have even lost their lives because of their resolve to, as it were; pay someone back in his own coin. Others have taken certain actions which they later regretted . Ultimately, such people realise - too late - that by dropping the charges and forgiving one another, they could have saved themselves from certain catastrophes. This book aims at providing an insight into how to rightly deal with offences. It encapsulates Biblical and moral principles that seek to enlighten us on the essence of forgiveness. To the downhearted, it portrays the need to have a forgiving heart and the benefit thereof in Christ Jesus. Enjoy the read. This book aims at providing an insight into how to rightly deal with offences. It encapsulates Biblical and moral principles that seek to enlighten us on the essence of forgiveness. To the downhearted, it portrays the need to have a forgiving heart and the benefit thereof in Christ Jesus. Enjoy the read.

In Drop the Charges, Agnes Mensah-Bonsu warns about the dangers of holding on to pain and bitterness from the past. Not only can pain and bitterness deprive us of critical inner peace and joy, they can also cause us to lose the blessing and forgiveness that come from God. The book teaches the eternal truth that by letting go, we set ourselves free and position ourselves on the path of healing and reconciliation. Written in a simple, clear style, Drop the Charges is designed to provide strength and support to all who are unwilling and incapable of forgiving others and breaking the shackles of the bitter past. With its precepts rooted in the Bible, this power-packed book is poised to bring healing to the brokenhearted, deliverance to the tormented, and hope to the unloved. Discover the healing power and potency of forgiveness as you read this spirit-filled book.

She is the cofounder and president of the Heart-to-Heart Women’s ministry, a ministry that motivates, empowers, and edifies women for their diverse roles in the home and society. She is an astute believer in the fulfillment of womanhood and humanity. Agnes is an apostolic mother in the body of Christ who has a deep insight into the word of God. Her teachings bring restoration, healing, and order to the church at large. She is a mentor to many pastors’ wives and touches the lives of many women. She is a seasoned marriage counselor who has been happily married for over thirty-six years, with five children. She is a shining example and making a tremendous impact in this area. Agnes has a passion for motivating people to propel them into their destinies; she preaches with provocation power, which has caused many to change their lives to live according to divine order in holiness and righteousness. She is in high demand as a conference and seminar speaker in the UK and abroad. She touches on issues that captivates the audience and leaves a lasting impression