Doctrines of the Church that lead to Bondage and Abuse 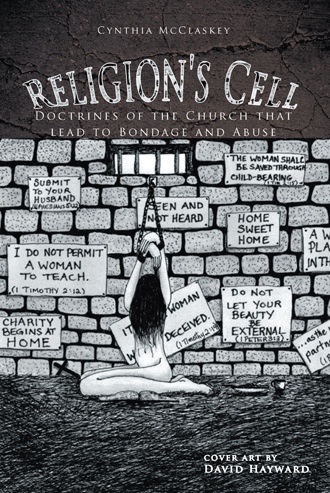 One of the biggest stumbling blocks when it came to understanding scripture was the fact that I would always interpret it in light of what was preached from the pulpit. More than fifteen years under the preaching in this cult, mixed with men's opinions, began to affect the thought processes and behaviors of each individual within my family. Attending fellowships and conventions with like-minded individuals who believed all the same dogmas and doctrines, reading books and listening to tapes and CDs of preaching and teaching from like-minded preachers, led to the inability to see the real truth, and the Holy Spirit within me was quenched by all these men's opinions. Is it any wonder that a person can read the scriptures and not see the truth before them because of the constant indoctrination with information of like-minded individuals? Everything heard is given to provoke a person to lean toward their way of thinking instead of thinking for themselves. How can anyone hear the voice of the Spirit of God when they are being told what they should believe?

Where I found myself the last five years in the Independent Fundamental Baptist Cult was a place of bondage, where questioning what was taught was not allowed. Disagreeing with the doctrines being taught wasn't allowed. Voicing any concerns about the behaviors seen wasn't allowed. The preachers, evangelists and teachers in this male-dominated church system had become the final authority on all matters of faith and practice for the believers within their congregations, and they had also become the final authority on God's will for every believer! Sadly, this male-dominated church system treated women as second class individuals simply because they were female. These doctrines, attitudes and behaviors are not new. They have been around for centuries, and it is these doctrines and attitudes that I would like to deal with in this book. The tactics covered are not only found in IFB (Independent Fundamental Baptist) churches; they can be found in any religious sect where controlling the congregants has gone way beyond what is ethically and spiritually right. Just as the Church of Rome used these very same tactics to kill, torture and control the masses, so this same abusive religious system is being used today to control the masses within individual churches. As a result, countless numbers of people are fleeing the church due to spiritual, emotional, sexual and physical abuse that is hiding under the guise of Christianity. All the tactics, attitudes, dogmas and doctrines that are causing this abuse in churches of today were also present during the Reformation and earlier. And the results of these doctrines and man-made rules, as history can attest, have cost millions their very lives. Today, however, they are turning the masses away from God.

Having a passion to serve God and a desire to please him is what opened the door to participating in legalistic principles that the church instructed everyone to follow. Eventually, this led to being sucked entirely into the Independent Fundamental Baptist Cult. The church and the people in the church took advantage of my desire to please God and used that earnest desire to make me conform to their ideas and standards of what they said God wanted and expected from me. The twisting of scripture to suit their ideas of what God wanted was brilliantly done to suit their agendas. It wasn't left up to me and my relationship with God to let God tell me what he wanted and expected from me. The pastors, leaders and indoctrinated congregants all came together in one accord to instill the importance of adherence to their set of religious rules. They were constantly planting the seeds of legalism in my mind. This is called “peer pressure.” Unfortunately, this tactic works. I eventually decided that, because of my love for God, all these ridiculous rules were a small price to pay for all that he did for me! As a new Christian, my joy in the Lord was brand new; my zeal to please and serve Him was intense. As a new Christian, it is easy to let the friendly faces and the eloquent preaching influence a person into conforming.

It wasn't long, though, before wearing pants was a thing of the past. This is the first rule that women are coerced into conforming to. If you do not get rid of the pants, you will not be allowed to serve in the ministry. As time passes, gradually more and more rules are added and before people realize it, they find themselves entrenched in the cult and its rules, with no way to escape. The sad part about this is that eventually a person even begins to believe that these rules are God's rules and they struggle under the heavy load of them! This leads to frustrations in Christ, not freedom in Christ. 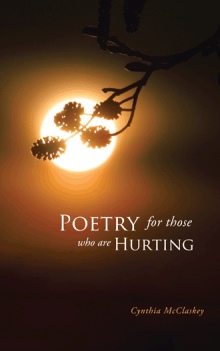 Poetry For Those Who Are Hurting
Cynthia McClaskey
$14.95

Religion's Cell by Cynthia McClaskey is a masterful exploration of the ways in which organized religion has, through the centuries, systematically denied woman her proper role in the church and the world. Beginning with a firsthand account of her own subjugation within a fundamentalist sect, McClaskey moves forward with detailed and extensively referenced explanations of the God-intended role of woman. Along the way, she provides explanations of how man, in seeking to retain power and authority in both religion and the world, has relegated woman to a subservient position in both areas, in violation of God's intended plan.

McClaskey's evidence is compelling and her logic flawless as she argues against the God-as-stern-judge mentality that permeates most modern religious sects and emphasizes the true nature of God as a loving father --a father who wants only the best for both genders of His crowning creation. She points out that Christ surrounded himself with women and that women played major roles in the early years of Christianity, providing copious scriptural support for her position.

In Religion's Cell, McClaskey has issued a clarion call for true gender equality, both inside and outside organized religion. This is a book women will want to read and men should be required to read.

Cynthia McClaskey is a fundamentalist cult survivor that has taken the initiative to fight back against the religious dogmas of a church system that degrades and suppresses women not only in the church, but in the home. She has spent the last 10 years of her life in biblical and historical studies to search out the truth. She has spent countless hours researching church history, biblical literacy and doctrinal history in order to expose the lies and corruption of a church system that has fostered abuse toward women and children throughout the ages.