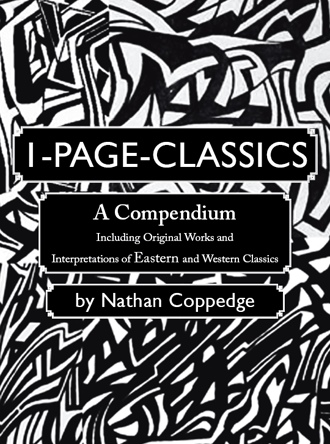 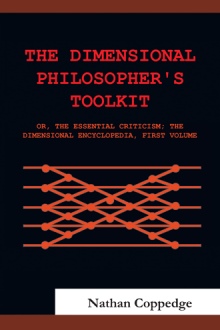 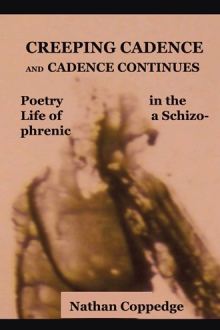 1-Page-Classics is written by a dimensional philosopher. It includes renditions of mysteries and philosophies ranging from the Tao Te Ching, to the Orphic Mysteries, Mandate of Heaven, and the nature of Ambergris. It also has literary merits through the author’s interesting accounts of prior lives as Rip Van Winkle, the Burner of Alexandria, and Pippin son of William Tell. Valuable for its eclectics, it is also valuable for its philosophical accounts of Modal Realism, Wittgenstein’s Tractatus, and the stoic manual The Enchiridion; Topics are chosen for their integrity as well as broadness; there is even a translation of Simone d’ Beauvoir’s The Second Sex; The author also takes a unique viewpoint on topics ranging from Archeology to Mathematics, with many of his works having original intellectual merits. The book includes potential study packages such as Cultures, Logic, and Miniature Linguistic Treatises. It also includes writings on the subject of Wonders of the World and Signs of the Zodiac; Compact, complex, and alphabetized, calling this book intellectual would be an understatement, but it has value as pleasure reading too.

AUTHOR BIO Nathan Coppedge is pursuing a BA in philosophy, and is one of the inventors of the Hyper-Cubism art movement; In November ‘07 his blog at MOTISM.BLOGSPOT.COM [now called HYPERCUBICS.BLOGSPOT.COM] was reviewed by the Hartford Courant; Nathan’s artwork and poetry has appeared in “THESE” magazine; Nathan is also a frequent commentator at the tech column at PROJECT-SYNDICATE.ORG. Nathan has a website devoted to perpetual motion and selling his intellectual books at NATHANCOPPEDGE.COM.