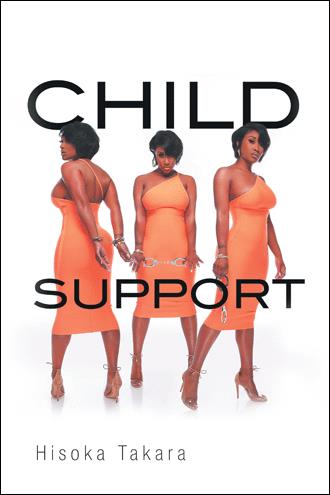 A talented young lady fighting for her identity, erasing the person she once use to be, developing her new self, possessing children as early as 15 and still continuing her education. Making a decision to let the children live with their father, so they can develop a relationship with them and learn ways of a man, only to fully develop her character and find her place in this life. Placed on child support by the co-parents and step mother, she then had to fight to justify her character as a mother. Getting to a point in her profession where she serviced elite and substantial women in areas of the fashion, social industry, and building a good relationship with them. While making a name in the makeup industry and building a business from the ground up, she runs into the love of her life. Getting to the peak of breaking full circle into the makeup industry she undergoes the most tragic situation. There are characters in this book that names are altered for their personal privacy, which is very much respected. The book is not to blame anyone for the mishap that she encountered, but to express how sometimes the good people a person thinks are in their corner to support them in their growth, can't. It displays the strength the enemy and how a person should never underestimate how far people will go to destroy what they have created for themselves. It exhibits God taking away the first to establish, the second and how if a person applies his word in their heart it does manifest into their life vividly. People usually hear about men placed on child support, but have we ever heard about a women being placed on child support. If it characterizes a man in a different ways what does it do for a woman? There are women on child support as well as men and their stories are never exposed to the public. They share the same experiences as men, but I believe even worst. The integrity of that mother or woman is questioned because of her title in that child's life. I do not believe a mother is bad for recognizing and acknowledging she didn't have a child alone. In regard to how she personally feels about he co-parent is the person, she trusted that man at one point, lying down with him, took the chance having unprotected sex, and having a child. The mother in this book was active in the nurturing years of the child, but wanted a chance to establish herself in other areas of life. Thanking God that she had children with men who did not shy away from the responsibility of being the other caretaker for them as you here from most women. The two parents coming to a sensible agreement for the child to come in terms of new living arrangements to further push the child in a good direction. The father in this situation had a new family that did not fully respect his decision to add his previous child into lives full time. Get involved in this persons experience that is not here to hide her flaws from anyone, a person who is here to connect with people in their change process. When we hear about vast leaders in the religion industry they say, they understand because they have been their too, but where was their there? They give you an example, but don't always tell their story completely. In this you will be met where you may be spiritually and understand that change in a process, reading this story can make you free better about your own story. I do not want and will not step on anyone's toes in a position greater than mine, I can understand after you have arrive at a place in the road that God has chosen for you getting into details about how you got to that point becomes irrelevant. Most leaders could reach more souls if they became more accessible to being dissected. People associate themselves with people they can say are like them or have been like them. I know many women would not share most of the information shared in this book about them it would be too personal. They would not want to be judged, every woman has done something that she is not proud of and would the incident to her grave before exposing it to anyone. The young Lady in this story just can't be embarrassed telling any and everyone about events she has done, being too proud of the woman she has developed into because of those choices, mishaps, and mistakes. I laughed at some point in this writing because I may have left out some stories, honestly I know I have, but I would to write another book. If a person was to speak to people in this persons past they would have more stories to share, the young Lady rejoices that they are sharing old stories, nothing recent, speaking about how they use not be to speaking about how they are now.

Three questions: 1. You ever listen to a nobody that had just enough you say that made them become somebody to continue to listen to? 2. You ever heard of a woman going through the same drama as a man about her children that she paid child support for? 3. Did you know a woman has never written a story about that experience? Til now. Join a realistic journey, with a young urban Atlanta girl named Paris. Understand this is a read from inside of young lady’s mind, so don’t expect proper grammar! Learn how it’s not just women that do malicious things to stop the success of their children’s father, but men do the same to their children’s mother. This story shares a mother’s emotions from the most organic place in her heart, sharing her love, pain, hurt, and disappointment. Showing imperfection in a perfect understanding as a human not just a woman or mother, one willing to do whatever necessary to correct the mistakes that were made having children so young. The story illustrates multiple examples of how past hurt can affect the future and how one should never underestimate how far your enemies will go to see you lose. Drama level compared to the screenplay “Precious”. -unknown

Hisoka Takara is a mother of four boys that has resided in Atlanta, Georgia, originally from Tampa, Florida. Pressing through life she has obtained a certification in Medical Administrative Assisting and has studied Esthetics. In her studies of Esthetics she focused more on the Makeup section of the field, developing a very detailed talent in eyelash application and hair removal. Hisoka Takara has developed her skills reputably in a circle of influential women in the city she lives. The winner in the 2009 Photo Contest with international distributor company 3d-Beauty, unforeseen circumstances directed her path from the artistry of Makeup to Psychology. Currently working to obtain her Bachelor degree in the field, she will continue her education ultimately possessing her Masters degree in Psychology. She is enthusiastic about this book because she feels it expresses emotions that men usually express concerning financial support for their children to women. Many do not know or have not heard that women are placed and pay child support just as well as men. Hisoka Takara would like to expose that women have the same guidelines, responsibilities and consequences as men. The same hardships that most hear that women do to men the same happen to women from men.