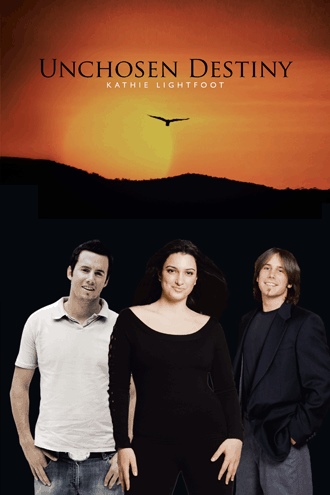 You can see the future in the words of a dying man. All you have to do is pay attention. From the time I was a child I was always taught and lived by the Wicca Reed; do as thou wilt and in it harm none. When I grew up and had children of my own I taught them the same thing. I knew that in this universe there were mean and malignant spirits that wanted to harm the good. I never believed in Vampires or Demons. Anything in that nature was all make believe to me. I had gone through my life and at the age of eighteen I got married to a controlling and abusive older man. It took me three years to get my head on straight and leave him. In that period of time I watched my father wither from a six foot two inch and one hundred and seventy pound frame, to being in a wheelchair, blind, and had lost most of his fingers and legs. I talked with him for hours before he died. Many spirits that had passed came to visit him. I listened to the one sided conversation many times just a few days before he died. “Yes I know Daniel. I should tell her but, I am hoping it won’t happen.” He said one night from his hospital bed looking into the dark. There was no response but, he kept talking. “Do you really think they will keep watch over her? I am not sure any of us really deserve that. Go now, I am cold and I want to sleep.” He said again to the blank darkness. Then there was a light snore that started to issue from his throat. I remember the night he died as if it was yesterday. There was a freak thunderstorm that started above the farm I had spent my teenage years and traveled directly over the city where my mother and father lived, in an apartment that was closer to the hospital, for his dialysis. I could hear his bones crack as my mother and sister sat him in his wheelchair. It amazed me even then that wasn’t at all painful for him even as we wheeled him to the table for his usual breakfast of oatmeal and coffee. I sat there and waited with him while the coffee brewed. Unfortunately, I blew off most of what he was saying because I knew deep inside of me that he was slipping away from us and it was only a matter of hours before he left us completely. I was a “daddy’s girl” and I just wanted to be by my dad for as long as he had left, even if what he said made no sense to me. It surprised me when he lifted his head and turned it toward me with a strength that he hadn’t had in months and spoke in a strong and sure voice. “Kayla, soon the life you once knew will no longer exist. Things will happen and you must be strong for your children. I have been reassured that someone will come for you before it is too late.” I looked at him with shock and confusion on my face. I was glad I could disguise my voice because I had no luck fixing the look I was giving him and for that brief moment I was almost glad that diabetes had also taken his sight. “Dad, I don’t have any children and I am sorry but, I have no plans to have children any time soon.” I said placing a hand on his ice cold shoulder. He tilted his head up and looked at the ceiling. I heard what was called the death rattle issue from his chest. “Oh my.” was the last words that escaped his lips before he was gone from us to what I had hoped was a better place than where he was just at. I had long forgotten about the words my father said to me as the years went by. I had my first child while going through my first divorce. Men came and went. Each time I was hopeful that the next would be the one I would spend my life with. I met my second husband and thought the same as the rest. It all turned to dust when he decided to try and beat me and my then one and a half year old daughter. My back and the back of my head got bruised up but, I succeeded in protecting my baby and she came out of it without a scratch. Within minutes of the beating my cousin and my sisters had him packed up and thrown out of my apartment. Then started divorce number two. I went through another year and a half before I met Steve and got pregnant within the first few weeks of us being together. Shortly after I had my second child, I went through another pregnancy and had my third and youngest child. After words I was talked into getting my tubes tied because he didn’t want any more children. Three is enough, he always told me. Afraid of losing him and being a single parent, I reluctantly agreed to the surgery and regretted it from that moment on. The regret and hostility fermented over the years and we slowly grew apart until we were at the stage to where we were going through the motions just for the sake of the kids. When, in all intense and purposes, we were just roommates living in the same house and sleeping in the same bed. Little did I know that my father’s words would come true sooner than what I thought and my life as I once knew it would be turned upside down

Kayla Green is a strong and powerful white witch by birthrite. Little does she know that there is more in store for her then just her mundane life of living with Steve for the sake of her three very talented children. Strange and powerful dreams (or so she thinks) occupy her mind most of the day while the children are at school. As soon as the new neighbors move in more things start happening that are way out of Kayla's control. A strange man named Artemis for one. Her family starts dying around her. Her life goes out of control. How will everything end up? Who all will wind up meeting an untimely death as Kayla walks down the path of her Unchosen Destiny.

I have been telling stories to my children and parents for years. They have always enjoyed them so I had the idea that others may enjoy them also. In school I seemed to excel when it came to writing or being creative and coming up with strange and unusual things to write about. I live in Rural Nebraska with a wonderful soon to be husband and my three children who are included in my book series. Unchosen Destiny is the very first in a series of books. I am currently working on the second installment.