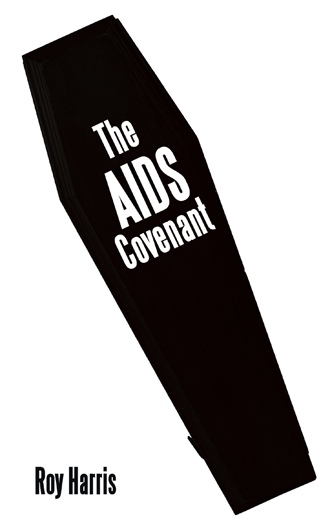 To add emphasises to her statement she handed Chang a single sheet of paper. “Please read this” she said.
Taking the paper, he first scanned the contents then read it out loud:

H. M. TREASURY OFFICE, WHITEHALL, LONDON.
Dept. of Budgetary Planning and Control.
Not for release, limited circulation only, read, act and destroy.
It has been determined in the best interests of the Country that all research and development of drugs and other kinds of medication relating to the cure, control or easement of the HIV Virus and the AIDS syndrome are to be discouraged.
Government Laboratories, University research centres, private, public and commercial research programmes are to be stopped.   This will be effected by withdrawing all grants to these establishments for their research programmes and applying pressure by advising all grants for other areas of research will also be discontinued if Governmental wishes are not adhered to.    If public companies raise objection they should be advised nationalisation will be considered, however conformance will bring compensation through beneficial Government contracts.
Further it is to be made known that no certification or approval for the manufacture and distribution of HIV and AIDS drugs or medication will be granted.  Importation of such medications will be banned by H. M. Customs and Excise.   Products currently on the market are to be withdrawn citing new research has found the occurrence of adverse reactions with these preparations.
It is to be noted that this is not the sole action of H. M. Government.   This is an International programme authorised and approved by the western powers to be enforced universally on a pre-determined date once all countries have concluded their preparations.
Recipients of this document are to formulate schedules for enactment of this directive, and submit them for approval by the undersigned, at the next Medical Budgetary Planning and Control committee meeting.
Signed:  Sir Kenneth Broadhurst

Chang returned the document to Susan and waited for someone to break the spell of silence, he waited in vain.   Hearing the document read out loud had added to its impact causing each one present to reflect on the momentous international conspiracy that was being implemented.   A conspiracy that would be like a creeping cancer as it affected all their lives.
“How” he asked Susan, “did your father get hold of that?”
“He didn’t” interjected David, “The British Treasury sent it to my father obviously by mistake.    It was included in one of the regular monthly medical budget forecast statements they distribute to various research establishments.”
“So” Chang continued facing Susan, “it would appear that from what you have told me your father’s death and the subsequent events are all directly related to this research into the AIDS programme.”
“And now they are after us.” Susan said.
“First,” Chang said, “I will get on to the authorities at Tahoe City and ask them to review the fire and events at the lodge.   Even after all the snow, forensic evidence may still be obtained to determine whether the fire was an accident as first reported or indeed was set deliberately.   I shall also ask them to try to locate the men who chased you at Tahoe and to see they are held for questioning.”
“They may need to be thawed out first,” interjected Susan, thinking how simple it had been to immobilise their vehicle.
It was now David who took the lead, “Lieutenant we are up against a time limit.   Exactly how long we have we do not know, but we have set a target of getting the expose ready for distribution by tomorrow.  This will give time to distribute to the media, both here and in Europe, by Monday for publication on Tuesday.  The final draft is now finished ready for proof reading, just a few more hours and we are ready to go.”
Chang nodded his head signifying understanding. “Good, I will see that police are on station outside the house all night.  The car watching you is best left alone for the moment. Better to know where the opposition is than to scare them away to points unknown.  In the morning when you are ready to distribute your expose I shall arrange for police protection so you can deliver to the forwarding agents in safely.”

Do you trust your government?
Dr Owen Hughes didn’t and he was killed en route to London’s Heathrow Airport.   His American colleague, Alan Milner waiting for him at his Sierra Nevada ski lodge also had his doubts, and like Owen Hughes he did not live long enough to express them.   What was the conspiracy the Western governments were trying so hard to cover up?   Who gave authority for government agents to assassinate medical researchers?
David Hughes a newspaper features editor in Edinburgh did not accept the finding of the coroner’s court following the post-mortem of his father.   After an aborted attempt on his life to recover research notes his father had sent him, he sets of to California to visit Alan Milner’s medical research facility in San Francisco.
This brings him into contact with Susan, Alan Milner’s daughter, and Lieutenant Chang of SFPD who is also investigating a serial rapist and murderer operating in the Bay area.
The snow covered Sierra Nevada Mountains now play a large part in helping to bring both the Federal Agents and the Bay area murderer to book.

Roy Harris is a retired British Rubber Manufacturer who now lives among the rubber plantations of Thailand’s Eastern Seaboard. His other business interests included a Travel Agency and a Fashion Boutique in California. This kept him in the air usually over 200,000 miles a year adding over 60 countries to his various destinations. His hobby, usually practiced from an aircraft seat, writing. Mainly short stories, over the years scores of them, written for pleasure, not money, although many have been published in regional and trade magazines