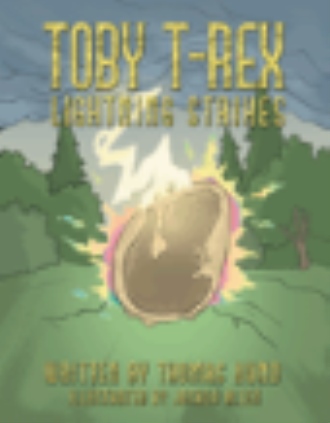 Except for the lynx the animals found grass and leaves to cover the egg.  And they took turns rotating it.
Two weeks later the egg hatched.  A small creature flopped out onto the ground.  It was slimy from all the wet, sticky fluid inside.  Soon it stood erect on two back legs.  The front legs were much smaller and just hung there near the creature’s shoulders.  It had an elongated head with sharp teeth and a tail that seemed to help it balance.  But it was tiny, perhaps the size of Scully.
“Egads!” said Myrna.  “It’s certainly not a bird.  Ugly thing, I’d say.”
“It’s an alien,” laughed the squirrel.  “A monster from space.”
Levi slowly stalked the creature.  Snarling, it was about to pounce on it.  Suddenly the creature let out a piercing scream that sent Levi in a quick retreat.
“Scared you, huh, Levi?” said Bertha.  “Little thing made you feel like a fool?”
Humbled, the lynx growled, “It caught me by surprise. It won’t happen again.”
“Well it’s got strong lungs alright,” said Scully.  “What a terrible sound.”
“One thing’s for sure,” explained Darcy, “it’s a baby and it’s hungry.”
“And what does one feed a baby… whatever it is?” wondered Tobias.
Just then a parade of caterpillars crossed the area.  Instantly the creature pounced on them.  When it had its fill, it did the most curious thing.  It walked over to Darcy and lightly whined.  It then nuzzled its head on Darcy’s back.  Seconds later it fell asleep. 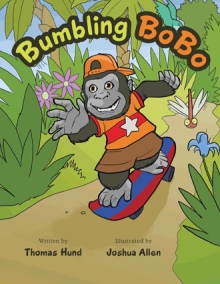 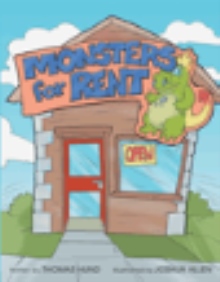 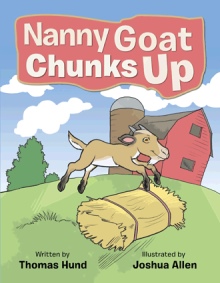 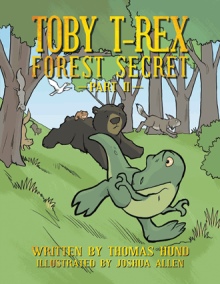 An egg shaped rock appears after an avalanche. Several forest animals are curious. Lightning strikes the object, turning it into a real dinosaur egg. A tiny T-Rex hatches. The animals decide to call him Toby. They soon learn that he is an extinct Tyrannosaurs Rex. All goes well until humans become aware that a dinosaur exists. They try to capture Toby. But animal trickery keeps him safe. The story ends as lightning strikes another egg.

I’m a retired teacher. While securing a future in education, in my heart there was always a passion to write. When my grandchildren were born I felt the urge to create stories. These writings resulted in a unique harmony involving my wife (who inspired) and my 86 year old mother-in-law (who illustrated). The three of us created several picture stories that will be passed on to future generations. I live in the west suburbs of Chicago. I love reading, gardening, working out, and seeing my grandchildren. Even though I'm retired, I still coach volleyball at the high school level. This and writing children's stories keeps me young.