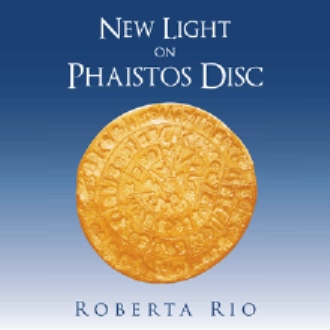 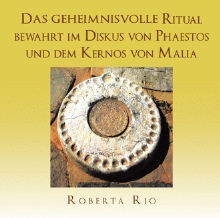 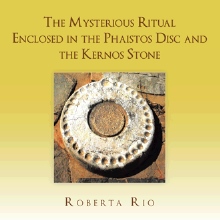 The Mysterious Ritual enclosed in the Phaistos Disc and the Kernos Stone
Roberta Rio
$20.99 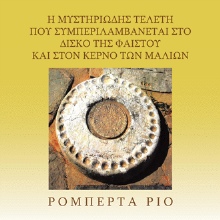 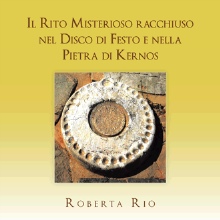 A clay disk that looks like a child's game has become a headache for archaeologists and historians. And for the throngs of tourists who visit Crete, it is fascinating for its mystery. This is a completely new interpretation of the meaning of the Phaistos Disc, which opens new horizons never before imagined by archaeologists and historians. The utilized interpretative methodology is new as well: It presents a new way of investigating artifacts that are mysterious due to their age; direct evidence isn’t possible and interpretation is difficult. The ancients’ access to ideas was much different than now. The difficulty of understanding lies in the code of communication, which is no longer understood and in the contents themselves, since neither of the two falls within our wealth of knowledge. The result with the classic historical-archaeological method can only be “un-understanding”. This book presents one possible solution. If we are willing to mix “Sacred and Profane”, “Rational and Intuitive”, and “Scientist and Artist”, we can reach the result of this book: The unveiling of a meaning that would otherwise remain mysterious to the mind of modern man.

Roberta Rio was born in 1973. She could briefly be described as a “historian of the Beyond”. She became a historian in the area of Classical Studies in the traditional sense with a degree in Medieval History from the University of Trieste (Italy) in 1996. She presented her thesis entitled “Catalogue of Books in the Italian Middle Ages from the Fifth to the Twelfth Century”, with which, for the first time since Gustav Becker and his “Catalogi Bibliothecarum Antiqui” (Bonn,1885), the medieval catalogues ware re-examined. Her passion for inscriptions, manuscripts and the ancient development of writing, Greek and Latin brought her to the State Archives in Trieste, where she obtained a degree (Ph.D.) in Archiving, Palaeography and Diplomatics in 1997. To complete her degree, she received two scholarships to attend the Association of Palaeographers and Diplomaticians in Fermo (Italy) and the Inter-University Centre for Franciscan Studies in Assisi. Already during her studies, she began to show great interest in “going beyond borders”. On the one hand in a physical sense, thanks to two grants from the Italian Foreign Ministry; she studied at the University of Malta in La Valletta in 1994 and the year after at the University of Oslo (Norway). After graduation, it was impossible for her to find employment in her professional area, where she could use and develop her ability to do “traditional” research: Life evidently wanted her to do a different way. She then redirected these abilities to other work environments that respected, however, her desire for multiculturalism, for a variety of languages, for meeting people and having people meet; for going beyond borders. It is perhaps here that her peculiarity lies: in the need to go beyond borders. Beyond those of nations, by visiting countries other than her home and learning their languages; beyond those of her body, by dancing in the living interaction with others; beyond those of time, loving the human history of the past; and beyond those between people, teaching others to overcome their personal borders (boundaries) in courses taught at the Universities of Oldenburg (Germany) and Klagenfurt (Austria). But even that was not enough. She went beyond the borders of taboos by publishing a book about “Sacred Prostitution” in 2004. She went beyond the borders of femininity in 2005 by publishing a book about “The Awakening of the Feminine”. But even that was not enough. She then went beyond one giant border - that of the physical world. And, with gradual preparation in many different areas of the spiritual world, she has learned and recognized that there is a Great Beyond; a Beyond that helps those who listen make sense out of their earthly existence and find a direction for their own personal life. Now her desire to go beyond borders finally meets its first important expression in connection to her passion for history: born in 2011, “New Light on Phaistos Disc”. This is a book that combines classical historical methods with a special intuition which catches missing information from an area that extends well beyond the physical. For now, this is Roberta. But there are still many other things to discover in the Beyond ... and the story of Roberta certainly cannot end here.