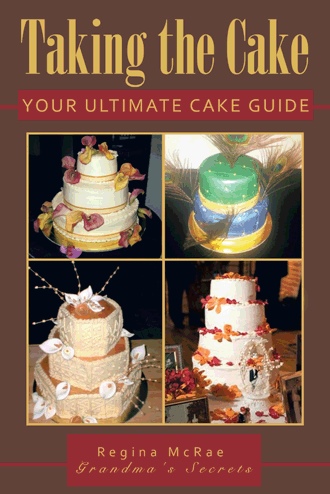 I have loved to bake all of my life. When I was a little girl, I would beg my grandmother to let me know when she was going to bake, so I could come over and help her. Nothing was as gratifying as being in her Brooklyn kitchen, smelling the cinnamon, yeast, and butter from her pies. I would break open the coconut, and grate it for her coconut layer cake. I would peel the peaches for her peach cobbler, and then suck on the pits. And, of course, I would peel the sweet potatoes for her famous sweet potato pie. Watching her, I learned each recipe by heart. There was no written recipe, and the ingredients were measured by hand, such as a cup of flour was a handful, and a teaspoon of salt was a pinch. By the time I was 8 years old, I could make several varieties of pies and cakes, all of course under the watchful eye of my grandmother. Whenever I would ask her why she did something, such as put butter into her crust, or grate a lemon to add the juice and rind to her pies, she would explain to me “Baby, the secret to a good pie is a good crust”, “Baby, always add lemon to fruit to bring out the sweetness” I loved the lessons as much as the desserts. Something else amazing happened when I was 8, which further shaped my desire to bake. I met my great-grandmother, who had been born into slavery. The mother of my grandfather, she was 103 at the time, and she regaled me with stories of being born on the plantation. Slaves were emancipated when she turned 3 years old, and she then grew up during reconstruction. They were free, but few things changed in the way families lived, breathed, and died in Bishopville, South Carolina. Of course, I needed to know what they did for desserts. She gave me a recipe that I use to this day, a tea cake using only two tablespoons of butter, which is the basis for my strawberry shortcake. She couldn’t tell me, however, what temperature to bake it at, or for how long. She did remember how many bricks to put on the hearth, and how long to leave the cake on the baking board. It fascinated me to think of a time with no modern conveniences. For years, when I made whipped cream using an egg beater, or made cake batter using a wooden bowl and wooden spoon, I would pretend that I was a slave girl doing the best I could with what I had. In later years, when I was allowed to use the hand mixer, I would lick the beaters, but nothing ever took the place of that wooden spoon. When I was 9 years old, I begged my mother for an Easy Bake Oven. For those of you old enough to remember those commercials, they showed a little yellow cake with chocolate frosting, and I soon lost my young mind. My mom did not want me to play with the electricity you needed for that oven to heat, but for some strange reason, she did not mind me playing with gas. She taught me how to make that cake from scratch, in a wooden bowl with a big wooden spoon for creaming the butter and sugar, and mixing the ingredients. I must have been traumatized from opening my gifts on Christmas and not finding that oven, because I never got over my passion for that little yellow cake on the commercial. I have baked hundreds of yellow cakes through the years in a vain attempt to fill the void of not having my Easy Bake. There is no Cakes Anonymous, so I ended up in business instead.

Written primarily for the ethnic bride, whether of African-American, Hispanic, Caribbean, Asian or Native American descent, but also perfect for any other bride desiring a culturally inspired creation, the humorous, informative style will help guide her thru the arduous task of bringing the wedding cake of her dreams from concept to reality. She will get time proven tips on how to choose a baker, get a contract, prepare a cake budget, and ultimately design that dream. Not a bride, just love to bake? Chocked full anecdotes, and the recipes that led to my success, from being NY Magazines Editors Pick 5 years running, NY Daily News Critics Choice for desserts in New York, Nickelodeon's Parent's Pick, and a Food Network Challenger on Sweet Genius and Rewrapped, just to name a few, this book is also a must have for each of you, from the casual to the serious baker. From Northern standards to Southern delights, I've even included delectable diabetic and vegetarian cake recipes. The first book of its kind, ranked No. 1 on Amazon.com, and other major internet book sellers, there's something here for everyone.

Regina McRae, founder and owner of Grandma’s Secrets, New York's only dessert delivery company, began baking when at the age of 8. She started this company in 1994, at the urging of friends, with just $10 and 9 pies. She parlayed those humble beginnnings into a national and international clientele, making creations for the likes of Tommy Hilfiger, Heavy D, Joan Rivers, Steve Harvey, Luther VanDross, BB King, Geraldo Rivera, Mary Louise Parker, Louie Vega and Freddy Hubbard, to name a few. She was named New York Daily News Critics Choice, and honored as Editors Pick by New York Magazine 5 years running. She has been in the New York Post, New York Times, Time Out New York, Modern Baking, and Black Enterprise and O Magazine, and featured on The Today Show, Good Day New York, New York 1 News, MTV, Moscow Culture TV, New Jersey Access TV, and Fox 5 News. She was honored in 2009 as a Nickelodeon Parent's Pick. Having been chosen by Google as an example of small business success for their marketing campaigns in 2007 and 2008. She has been a Food Network Challenger twice, Sweet Genius in 2012 and most recently on their hit show Rewrapped. After years of teaching baking classes, she chose to "share the secrets" with everyone, hence this witty and informative guide to baking and designing your cake. Please visit her website www.grandmasecrets.com for more information about the company.