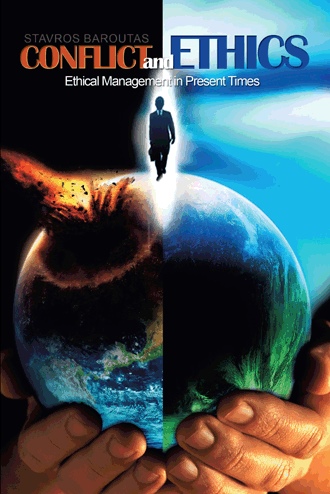 Throughout the pages of this book, one can distinguish many words referring to quarrels, clashes or harmful deeds. These serve as a narrative stratagem, underscoring the speed and resolution of written expression, as well as stimulating readers to envisage clashes taking place in open spaces and battlefields. At the same time, it aims to draw an analogy between battlefield and workplace, enabling employees to evaluate professional relations. Therefore, the reader is likely to encounter words, such as combat, war, attack, victim, victimizer, alliances, extermination, opponent/rival, warrior, annihilate, hostility, threat. The word attack might refer to verbal assault, dismissal from a particular position or subjection to psychological pressure. Such words weave a context of enmity, suggesting the existence of people who intend to provoke harm, thus requiring some sort of defence. “Sometimes, attack is the best form of defence” some say. Commonplace as it may sound, in this case it seems appropriate and right to the point. One should keep in mind though, that such references on the book constitute the aftermath of improper management or ineffective leadership which fails to cope with rivalries and conflicts that stem from personal interest, pursuit of glory, recognition and power. “War” or dispute between colleagues derive from hostility or fear due to a particular deed. The last one also serves as a starting point for all the instances mentioned in the book. Enemies in real life, as well as those mentioned in the book, might be market antagonists, colleagues within an organization, company, or even the same working team. Likewise, there might be individuals who seek to undermine you and impede your route to professional success in a more or less obvious manner; someone willing to harm you with or without a proper excuse, intentionally or unintentionally, often in a repetitive fashion. Nowadays, people seldom confront others out in the open. On the contrary, they act in a devious fashion, dictated by their own, selfish interests. There are times when, not only do they seek a conflict, but they are also determined to destroy their rivals, employing even friendship as means of manipulation. In other words, it is the typical case of politics dethroning policy making, the last one having benevolent ends.

The book refers to ethical management and to internal competition which happens to profit and non-profit organizations. Today's society is highly competitive and exhibits a high rate of aggressiveness, particularly when it comes to professional matters. In the midst of sales pressure and external competition, this kind of hostile conduct threatens to disrupt delicate balances within companies and organizations. Proper and ethical management can be a remedy to the loss of stability in organizations. Effective management contributes to the resolution of ambiguous matters, proper decision-making and the restoration of a healthy professional environment in the workplace. In such cases, powerful and effective leadership plays a major role in the operations of management, entailing significant and often harsh decisions. One should keep in mind though, that such references on the book constitute the aftermath of improper management or ineffective leadership which fails to cope with rivalries and conflicts that stem from personal interest, pursuit of glory, recognition and power. “War” or dispute between colleagues derive from hostility or fear due to a particular deed. The last one also serves as a starting point for all the instances mentioned in the book.

Stavros Baroutas lives in Thessaloniki-Greece for the last 41 years. He is author of 3 business books about personal development and leadership. His first book was published in 2011 with the title `'Leadership Today''; It's a `'guideline'' for leadership. It refers to all fundamentals elements of leadership and it is based on his experience, many readings of leadership books and articles. It is a combination of ethical leadership for the common good and simultaneously for corporate balance and success. In this book he is trying to pursue the reader that leadership can be taught and also that leadership is a combination of practical and theoretical tasks. His second book "Conflict & Ethics: The Ethical Management in Present Times" is about bad internal competition and power plays inside organizations; different ways to win and survive. Stavros Baroutas studied Marketing at Ulster University and he received his MBA from Kingston University, UK. At 2007 received his PhD from Breyer State University, USA in Leadership. In 2009 awarded from Chartered Management Institute, UK, as a Chartered Manager (CMgr) in leading people and leading change skills. Throughout his academic studies had held various posts mainly at pharmaceutical companies where his duties included besides sales, training of employees and directors from basic orientation, emotional intelligence and on the job training to personal development. Furthermore, from January 2003 he personally held consulting and training seminars in sales, management, communication and personal development. Since December 2008 he is Regional Manager of Northern Greece in a Pharmaceutical company and he have 45 employees (sales reps and managers) under his responsibility. You can read more to www.baroutas.com/books/