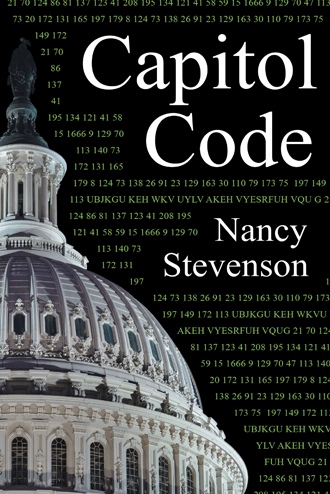 Capitol Code, Chapter One “Dad, I’m home.” No answer. Leili Teng sighed. She told herself that after a week away, he’d come rushing to the door to welcome her. But she knew the minute she stepped into the unlit front hall that he would be sitting in his study, bent over his computer, lost in some other world. She dreaded walking into her father’s office. For the past few months, he’d covered his papers and turned off his computer screen, shielding his jumbled numbers from her eyes. She trudged down the hall to the study door that was shut tight against her. Last fall, it always stood open, beckoning her to come in. Today, he had taped a note above the door knob. UOY EVOLI. RETAL WON TON. Uoy evoli. Dad had written her that little message, their private code, for as long as she could remember. I love you. Some mornings, she’d find a note on her bedside table when she woke up, his letters neatly printed in a thin line: Uoy evoli. Retal won ton. Not now later. A flash of anger tore through her. The card may have taken longer to write than a welcome home hug. In spite of the message, she knocked on the door and put her hand on the door knob. She needed to speak to him. And after all the secrecy of the past few months, Leili thought maybe he needed to speak to her as well. She let a shimmer of hope slip down her arm to her fingers and turned the handle. She found him hunched in front of his computer, head in his hands. Numbers, letters and symbols blinked across the white glare of the screen, the only light in his icy room. He had a pad of paper on his right covered with minuscule scribbles and blue file cards stacked in precise piles on his left. He turned to look at her and then quickly turned the pad, cardboard side up, on top of the mound of notes. “I didn’t hear you come in,” he said. The room darkened as the screen went blank. Leili had planned to tell him about her week-long trip. But her words vanished. Her father continued to face the blank computer, as if it held him in a trance he could not break. Could she explain to him how it felt to be with the Bennetts, part of a real family? Caitlin Bennett had invited Leili to spend spring break with Caitlin’s parents and her brothers in a small rented cabin in West Virginia. The constant chaos startled Leili. Caitlin’s younger brothers, eight year old twins, Max and T.J., couldn’t sit still for any length of time, nor could their chocolate Labrador puppies, Chip and Fudge. On the second evening, a tangle of boys and pups upset the chess board, ending the game for the night. The Bennett clan also held silly contests over who could sing louder, run faster, or eat more pancakes with hugs all round for the winners and the losers. On the other hand, the whole family stopped often on the long hikes up mountain trails to admire a wild flower or the view. Once when a doe with two spotted fawns crossed the trail, they all stood silent in open mouthed admiration. Best of all, they treated Leili as one of them, teasing her with their easy-going comments and sharing their love of games, the outdoors and each other. Leili wanted to confront her father with the thoughts running through her head. His increasing silence scared her. She wavered between concern for him and fears for herself. Caitlin’s father is a United States senator. He had plenty of work over the week. He sat with his laptop in a corner for hours each day. But he never gave Caitlin an empty stare when she interrupted him. Leili sighed. What’s wrong? she wondered. Why this change? Here in our house now, it’s secrecy, silence and solitude. She tried to control her voice and said, “Sorry to disturb you. Senator Bennett asked me to remind you that his hearings begin Tuesday, the day after tomorrow. He hopes you’ll call him in the morning.” He swiped his hand across his forehead. “Didn’t you read my note? I’m right in the middle of…” He shook himself and turned toward her, softening the harshness of his words with a sad smile. “It’s good to have you home. I missed you.” Leili felt a flicker of his old warmth. She wanted to reach out to him, wanted them to be a team once again, the way they had been when they first moved to Washington ten months ago. She watched the feeling pass from his face. Without responding to the message from the Senator, he turned back to his computer. She’d been dismissed. Leili quietly pulled the door shut behind her and leaned heavily against the wall. Leili muttered to herself as she marched toward the stairs. “Dad, what’s happened? It wasn’t like this when we came here. You treat me like a spy.” The word slipped out with a hiss. She tromped up the bare wooden steps, loving the heavy echo that sounded in the narrow hall. Maybe he’ll notice that, she thought. She banged her feet with satisfaction on the stair treads. 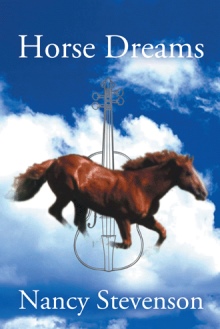 Capitol Code is a story of a shy young girl trying to fit into a new life in a new city who finds herself at the center of a government corruption scandal. As the fast-paced events unfold around her, we see Leili growing in confidence even as her challenges get more difficult. Most importantly, she learns to trust herself and others. On her 13th birthday, Leili Teng moves to Washington, D.C. when her widowed father, John Teng, takes a new job with the Commerce Department. He is an expert on coded communication and privacy issues and soon discovers thefts of bank codes and military secrets that threaten his safety and that of his daughter. Forced into hiding, John Teng involves Leili in his efforts to expose the criminals. John Teng has taught Leili simple codes since her early childhood. He directs Leili’s escape through these codes and gives her instructions to help solve the Internet thefts. As she moves through Washington, meeting with some people, hiding from others, Leili leans on her knowledge of the city, her sleuthing instincts and a small group of friends to carry out her father’s instructions. The action takes place in and around some of the most famous buildings, monuments and scenic places in Washington, D.C. John Teng has taken his daughter to many of these sites on what they both refer to as the Teng Topical Tours. Capitol Code gives the reader insight into the significance of these places and what they mean to the national identity. Capitol Code is about friendship and trust, the maturing of a strong, young teen-aged girl and the timely topic of balancing security needs and citizens’ personal privacy.

Nancy Stevenson holds an MA degree in American History from American University and an MFA in Writing for Children from Vermont College (now Vermont College of Fine Arts). She, her husband, Adlai, and their children lived in Washington, D.C. for ten years. Explorations of the Smithsonian museums, and scrambling over the Billy Goat Trail were favorite destinations with their young children. Taking visitors around Washington, touring the Capitol and the Lincoln Memorial, unfolded new discoveries on every trip. While taking classes at American University, she had the repeated delight of entering the Great Hall of the Library of Congress and studying in its giant, domed Main Reading Room. Adlai and Nancy now farm near Galena, Illinois.